Electronics, iPhones, clothes, and raw materials are in short supply and could take much longer to get here as the novel coronavirus outbreak slows global trade. 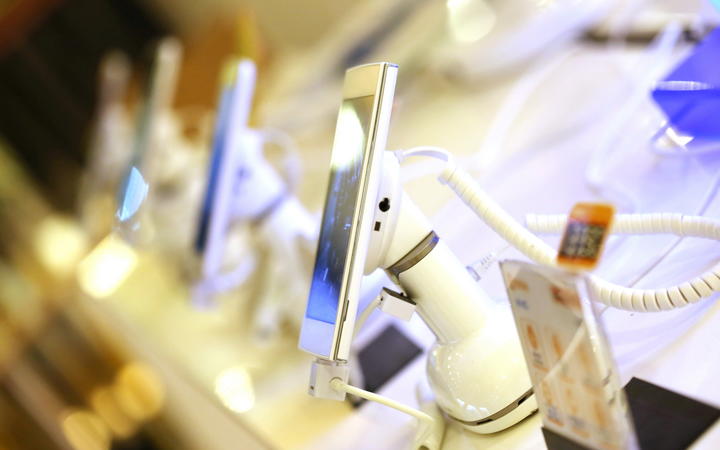 More than 60 countries now have cases of Covid-19, with the outbreak limiting travel, trade, and shipping.

Stats NZ said the virus may have cost as much as $300 million in lost exports to China in the past month.

Meat company Silver Fern Farms said the port in Shanghai was at capacity and ships were unable to unload there.

In addition, factory closures in China because of the coronavirus outbreak have left New Zealand outlets short of vacuums, televisions and iPhones.

Stock levels across businesses are running low and are unable to be replenished as shipping routes slow and change around the virus.

Noel Leeming merchandise executive general manager Jason Bell said they had sufficient stock for now, but a few lines had run out.

"We are expecting that there could be delays from April but the extent of that is unclear at this stage."

The Warehouse and Warehouse Stationery was closely monitoring the effect of Covid-19 on its supply chain.

Chief sourcing officer Tania Benyon said some shipments from China, including winter clothing, could be delayed by up to eight weeks, but they had started sourcing goods elsewhere.

"We have options available to us as we have factories manufacturing products outside China, and in addition to our NZ operations we have an office in India."

Apple has told its investors the number of iPhones would be limited and slow to return to normal.

It is already difficult to get them here with some models completely out of stock in at least one major retailer.

Kenneth Leong, chairperson of the Association of South East Asian Nations Business Council, said manufacturers who used raw material from China were having a nightmare getting supplies.

This included clothing factories trying to bring in fabric, he said.

"Importers and exporters are currently experiencing very significant disruptions to global supply chains. Although some manufacturers may be looking to source products from outside China, the reality is a lot of their raw components come from China."

Leong said trade had been restricted for about a month and businesses were fast running out of stock - although he would not name them.

"A company who manufactures medical devices which go all over the world, but their electronics come from China ... because of those issues with shipping from China at the moment, they have had some problems actually getting those electronics to then make the product to then ship to China."

Food and Grocery Council chief executive Katherine Rich said industry was having to work hard to find other sources.

"New Zealand's economy is interwoven with the economy of China and so we are starting to see products that have been ordered not be able to be dispatched, also ingredients for New Zealand food manufactures being difficult to source," Rich said.

It was not a problem that exclusively affected importers - exporters had also taken a financial hit.