Fijian Prime Minister Frank Bainimarama is calling on New Zealand to back his country in pushing Australia to commit more to climate change action. 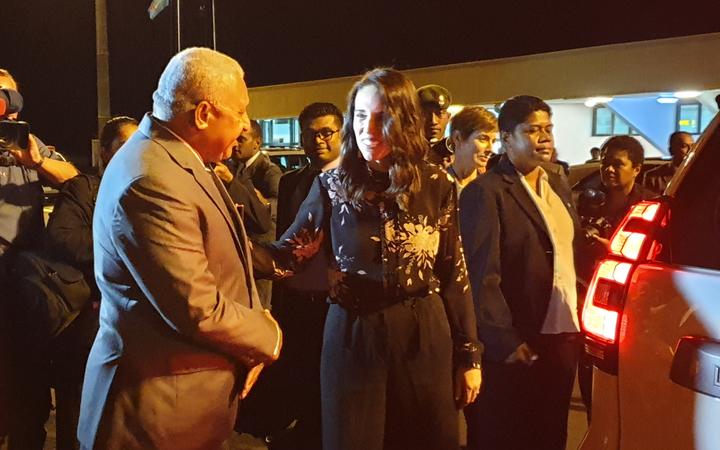 Speaking to meda afterwards, Bainimarama said: "I know I can count on Prime Minister Ardern to not only do the right thing but to join Fiji in demanding the right thing from the rest of the world."

Ardern has already indicated she will not push Australian Prime Minister Scott Morrison on climate change when they meet in Sydney on Thursday, saying she prefers not to preach to countries about their domestic policy in relation to climate change.

In her remarks, the Prime Minister said she had insisted Bainimarama visit New Zealand soon. 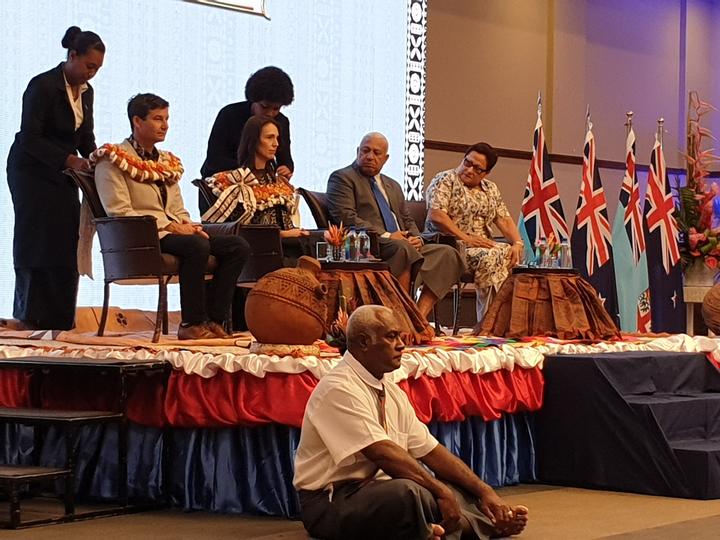 Prime Minister Jacinda Ardern is in Fiji on the first visit to Fiji by a New Zealand prime minister since 2016. Photo: RNZ / Jo Moir

She said the request was so she could return the hospitality extended to her and fiance Clarke Gayford since they arrived overnight, but she did have one exception.

"My only proviso is that you don't come when we're playing rugby against Australia, because I know you won't support the right team,'' she said.

The leaders had a private lunch together and this evening were set to meet again at a state dinner.