Palestinian President Mahmoud Abbas, appearing before the United Nations Security Council, has rejected US President Donald Trump's Middle East peace proposal as a gift to Israel and unacceptable to Palestinians. 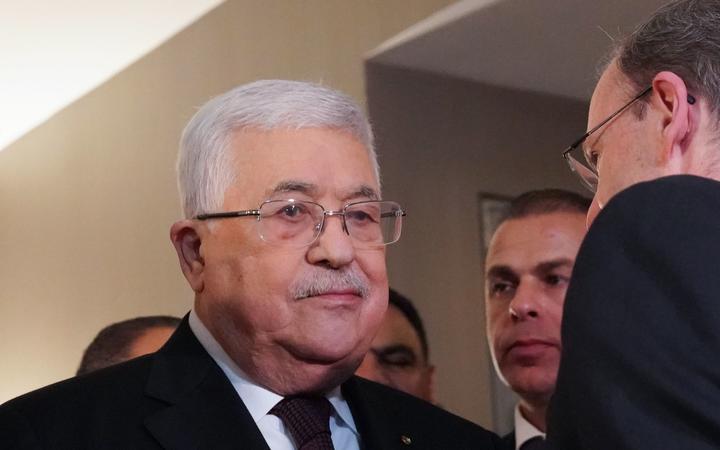 Palestinian President Mahmoud Abbas is urging the United States to renegotiate the recently announced peace plan for Israel and the Palestinians. Photo: AFP

Waving a copy of a map that the US plan envisions for a two-state solution for Israel and Palestine, Abbas said the state carved out for Palestinians looked like a fragmented "Swiss cheese."

In a setback for the Palestinians, a draft Security Council resolution circulated by Tunisia and Indonesia that would have implicitly criticised Trump's plan, including Israel's retention of Jewish settlements in the West Bank, was not put to a vote.

The text, which faced a near-certain US veto, did not go forward in part because it failed to garner the support needed by the Palestinians to isolate the United States, two diplomats at the United Nations said.

One said the draft, which the United States wanted to water down, attracted 11 or 12 votes in favour on the 15-member council. A second diplomat said it would have required too many compromises to achieve the 14-1 vote the Palestinians may have sought.

"Today, by not putting forward a polarising resolution, the United Nations Security Council demonstrated that the old way of doing things is over," a senior Trump administration official said.

Released on 28 January, Trump's plan would recognise Israel's authority over West Bank Jewish settlements and require Palestinians to meet a difficult series of conditions for a state, with its capital in a West Bank village east of Jerusalem.

"This is the state that they will give us," said Abbas. "It's like a Swiss cheese, really. Who among you will accept a similar state and similar conditions?" 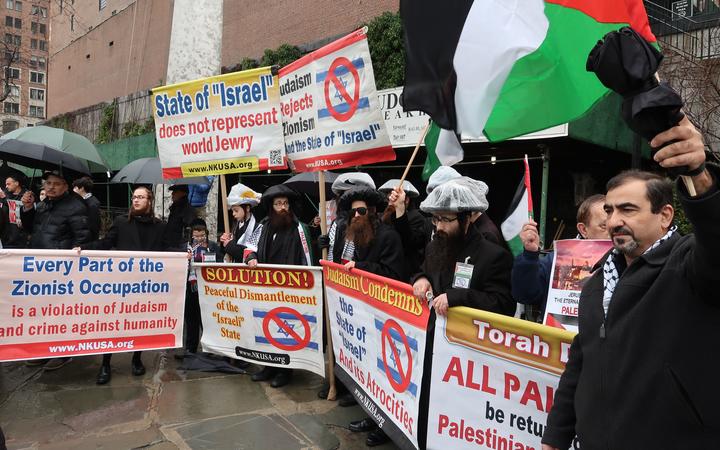 Protesters gather outside the United Nations headquarters in New York to show their disapproval of the US peace plan for the Middle East. Photo: AFP

Speaking at an election rally in the Israeli town of Bat Yam, Israeli Prime Minister Benjamin Netanyahu rejected the criticism and hinted at the possibility that Arab states might entertain the Trump plan even if Palestinians do not.

"This is not Swiss cheese. This is the best plan that exists for the Middle East and for the State of Israel and for the Palestinians, too," he said, adding that the plan "recognises reality and the rights of the people of Israel, both of which you constantly refuse to recognise".

Abbas urged Trump to disavow the plan and seek a return to negotiations based on existing UN resolutions that call for a two-state solution based on pre-1967 border lines.

"The US cannot be the sole mediator," he said, rejecting the traditional US role in seeking to broker an end to the conflict and calling for an international conference.

Suggesting violent protests could break out, Abbas said: "the situation could implode at any moment. ... We need hope. Please do not take this hope away from us."

Later, however, he said Palestinians would not "resort to terrorism."

Although Trump's stated aim was to end decades of conflict, his plan favoured Israel, underlined by the Palestinians' absence from his White House announcement with Netanyahu at his side.

While Arab League foreign ministers on 1 February rejected the plan, three Gulf Arab states - Oman, Bahrain and the United Arab Emirates - were represented at the White House announcement, suggesting they may be prioritising ties with Washington and a shared hostility toward Iran over traditional Arab alliances.

Abbas said the deal is not an international partnership, but rather a proposal from one state supported by another state to be imposed on Palestinians.

Israel's ambassador to the United Nations, Danny Danon, accused Abbas of being unrealistic and said peace was not possible while he remained in power.

In a show of support for Abbas, Ehud Olmert, a former centrist Israeli prime minister who had claimed significant progress in talks with the Palestinians aimed at securing a final peace deal, later stood by him at a joint appearance.

Olmert, once a member of Netanyahu's Likud party, resigned in 2008 and eventually spent 16 months in jail for corruption linked to his position as mayor of Jerusalem.

A February 5-8 poll conducted in the West Bank and Gaza Strip by the Palestinian Centre for Policy and Survey Research found that 94 percent of Palestinians reject the plan, which Trump has called the "Deal of the Century." 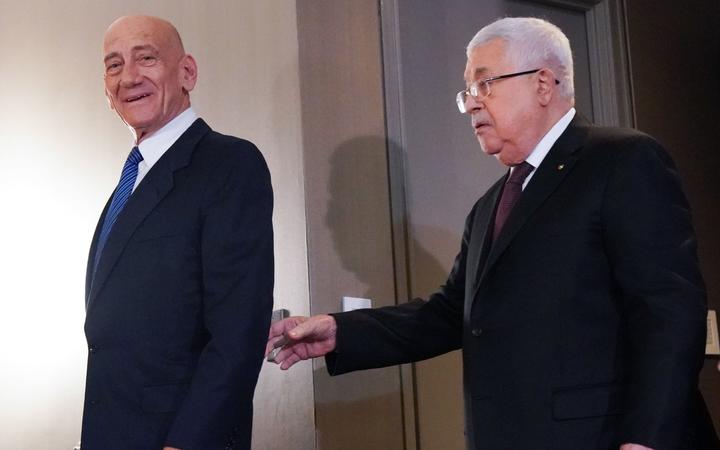