Israeli Prime Minister Benjamin Netanyahu has vowed to annex part of the occupied West Bank if he is returned to office next week. 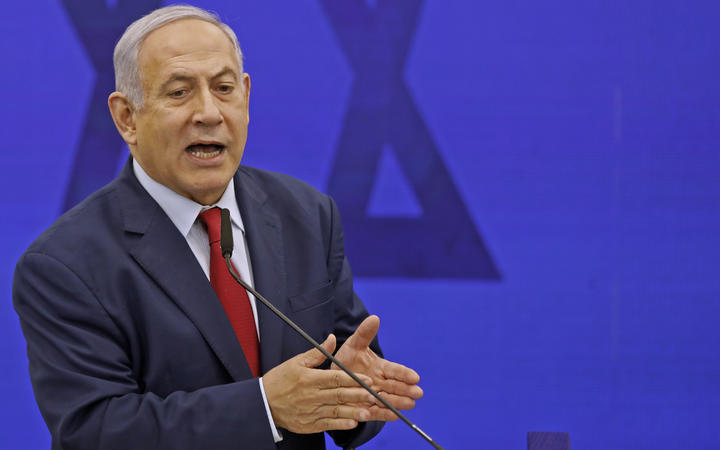 He would apply "Israeli sovereignty over the Jordan Valley and northern Dead Sea", a policy certain to be backed by the right-wing parties whose support he would need for a coalition.

Israel has occupied the West Bank since 1967 but stopped short of annexation.

Mr Netanyahu, who leads the right-wing Likud party, is campaigning ahead of general elections next Tuesday. Polls suggest Likud is neck-and-neck with the opposition centrist Blue and White party and may struggle to form a governing coalition.

Palestinians claim the whole of the West Bank for a future independent state. Mr Netanyahu has previously insisted that Israel would always retain a presence in the Jordan Valley for security purposes. 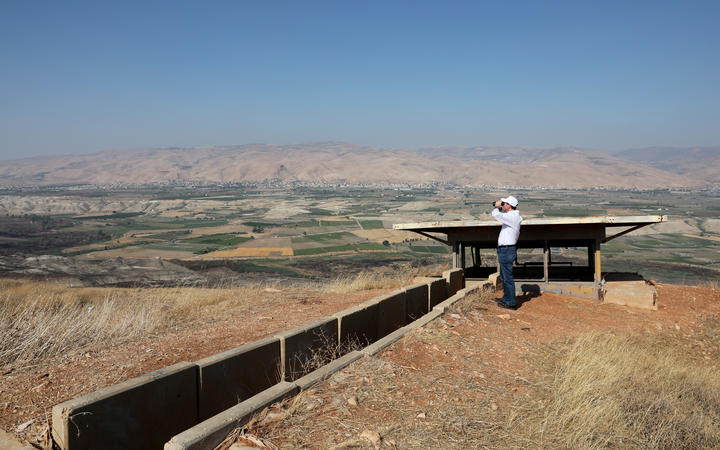 An old army outpost overlooking the Jordan Valley between the Israeli city of Beit Shean and the West Bank city of Jericho. Photo: AFP

In a televised speech the Prime Minister said: "There is one place where we can apply Israeli sovereignty immediately after the elections.

"If I receive from you, citizens of Israel, a clear mandate to do so... today I announce my intention to apply with the formation of the next government Israeli sovereignty over the Jordan Valley and northern Dead Sea."

Mr Netanyahu also said he would annex all Jewish settlements in the West Bank, but this would need to wait until the publication of US President Donald Trump's long-awaited plan for a peace agreement between Israelis and Palestinians.

The PM said Mr Trump's so-called Deal of the Century was likely to be published within days of the elections and warned that his Blue and White opponents would not be able to handle its policies.

Later, Mr Netanyahu was whisked off stage and taken to a shelter as an election rally in the southern Israeli city of Ashdod was interrupted by sirens signalling possible rocket fire from Gaza. The Israel Defense Forces said two rockets were intercepted by the Iron Dome system.

In a statement before the latest pledge was announced, Palestinian Prime Minister Mohammad Shtayyeh called Mr Netanyahu a "prime destroyer of the peace process".

This was echoed by senior Palestinian official Hanan Ashrawi who told AFP that Mr Netanyahu was "not only destroying the two-state solution, he is destroying all chances of peace. This is a total game changer".

The two-state solution has long been the basis of peace negotiations but Mr Trump has not indicated whether it will be advocated in his plan.

Mr Erekat tweeted: "We need to end the conflict and not to keep it for another 100 years, as Netanyahu plans. Keep in mind annexation under international law is a war crime."

Israel occupied the West Bank, along with East Jerusalem, Gaza and the Syrian Golan Heights, in the 1967 Middle East war. It effectively annexed East Jerusalem in 1980, and the Golan Heights in 1981, although neither move was accepted internationally for decades.

The Trump administration has since recognised both steps, overturning previous US policy.

The fate of the West Bank goes to the heart of the Israel-Palestinian conflict. Israel has built about 140 settlements there and in East Jerusalem which are considered illegal under international law, though Israel disputes this.