The US Coast Guard has rescued four crew members who became trapped on Sunday when a 200m-long cargo ship capsized off the coast of the state of Georgia. 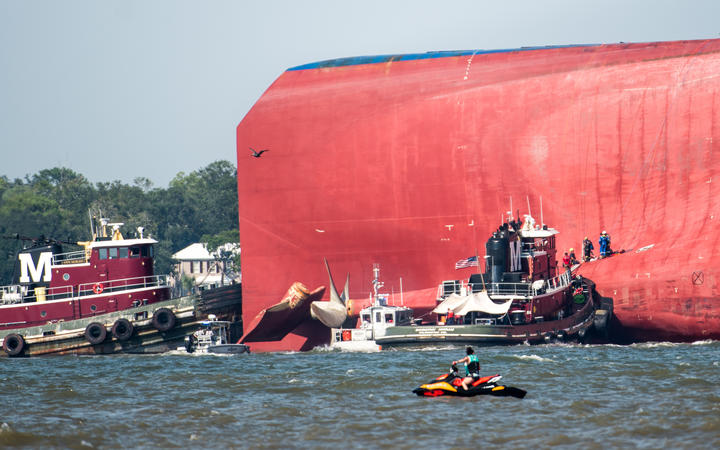 The Golden Ray, which was carrying thousands of vehicles, overturned early on Sunday morning after leaving the port of Brunswick.

Authorities only managed to save 20 of the crew before fire forced them back.

On Monday, they managed to make contact with the four men still trapped and drilled into the hull to free them.

Three of the men were freed on Monday afternoon, before the last was safely extracted several hours later.

The local coastguard says it will now focus on environmental protection and removing the capsized vessel. 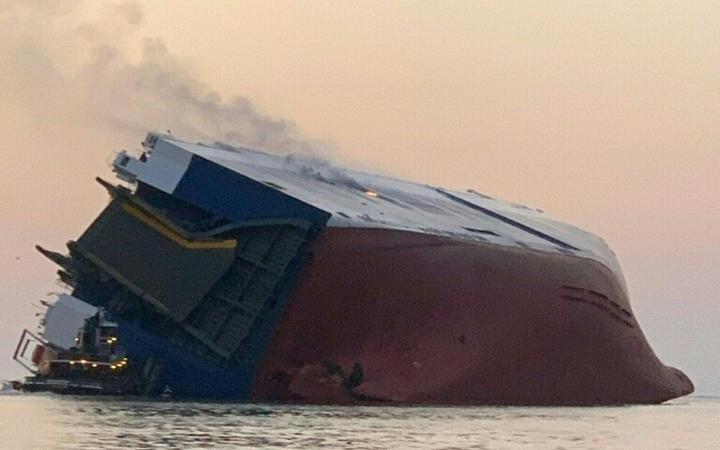 How did the rescue unfold?

Coastguard Captain John Reed said on Monday that crews heard the trapped men tapping the hull, which helped them to find where they were in the ship.

Rescue teams drilled a hole into the hull of the ship to get food and water to three of the men, who were trapped near the propeller shaft, before extracting them.

"They were subject to some pretty tough conditions over the last day and a half," Captain Reed told a press briefing. "They looked super happy to be outside that space."

The fourth man, who was not supplied fresh food and water, was successfully rescued later in the day.

He had been trapped behind glass in a control room, officials said.

Videos posted from the coastguard showed him being pulled from the vessel to safety, where he was met with applause.

In a video from the scene, Capt Reed heralded their safe rescue as the "best day" of his career.

What is the Golden Ray? 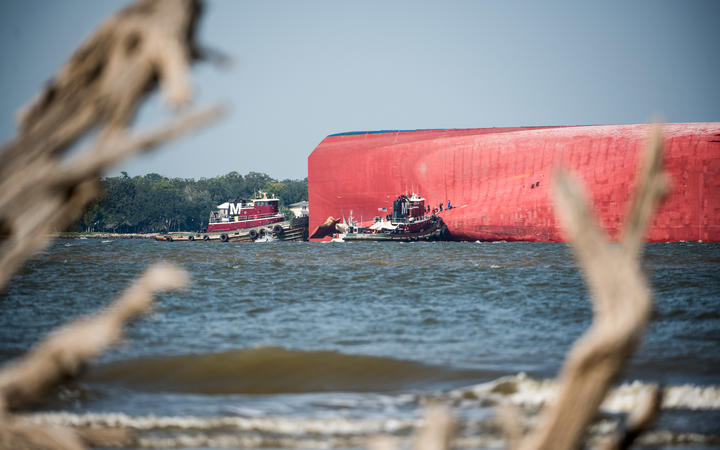 This image shows the scale of the capsized vessel. Photo: AFP

According to MarineTraffic.com, the Golden Ray was en route to Baltimore. The 200m long ship was built in 2017 and was reportedly carrying more than 4000 vehicles when it tipped over.

Six South Koreans, 13 Filipinos and the US ship pilot were evacuated from the vessel on Monday, South Korea's foreign ministry reportedly said.

Officials stopped other ships getting within half a mile (0.8km) of the Golden Ray under an emergency safety zone set up by the coastguard.

The reason for the ship's capsize is under investigation, a coastguard news release stated. The National Transportation Safety Board has assigned two investigators to help.

Golden Ray is owned by the Hyundai Glovis logistics company and operates under a Marshall Islands flag.