An Adelaide mother whose husband and daughter died in New Zealand's White Island volcanic eruption in December is now out of a coma and been told of her family members' deaths. 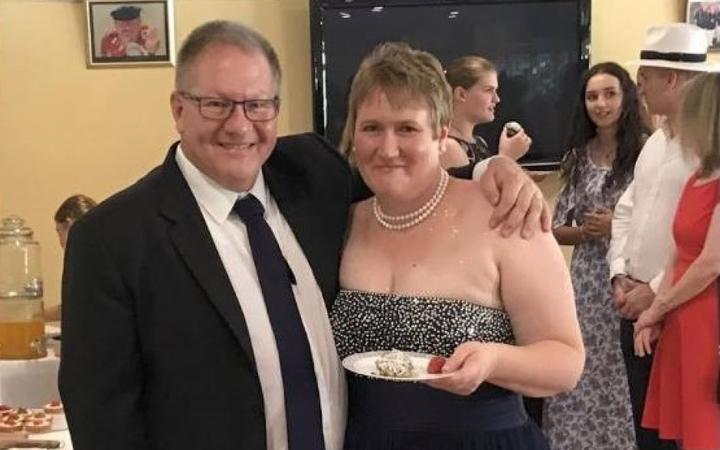 Lisa Dallow suffered burns to more than half of her body in the disaster on 9 December which killed 21 people.

Her husband Gavin Dallow, 53, and her only daughter, Zoe Hosking, 15, died while visiting the island.

A spokesman for the family confirmed this morning that Dallow had woken up from an induced coma, and has been told of the deaths of her loved ones.

Dallow was treated in hospital in Hamilton, New Zealand, and then Melbourne's Alfred Hospital after the eruption.

A spokesperson for the Alfred Hospital said she was in a serious but stable condition.

Forty-seven tourists - many of them from the Ovation of the Seas cruise ship - and guides were on the tiny island when the eruption occurred.

Dallow has been an engineer at Santos since 1998.

Both she and her husband were heavily involved in Rotary clubs in South Australia.

They met while involved with the organisation and were married in 2017.

Santos chief executive Kevin Gallagher described Dallow as a "very well respected engineer and a good friend to many throughout the business".

Her husband's funeral was held at Adelaide Oval on 10 January.

The passionate sports fan had recently started his own law firm, after a decade of work at the Legal Services Commission of South Australia.

The commission's access services manager, Chris Boundy, said Gavin Dallow had quit to spend more time with the love of his life and her daughter.

"I think they would have been inseparable," he said.

Friend Dr Suren Krishnan said he was a passionate tennis umpire and a dedicated Rotarian.

"He was well respected by everyone he ever met. He was well loved within his club," he said.

Zoe Hosking's funeral has been held off until Dallow could come out of her coma.

The Year 9 student at St Aloysius College was also a member of the Girl Guides.

"As a junior leader she was always there with the girls and made sure everyone had a smile on their face," Girl Guides South Australia chief executive Kerrie Akkermans said.