Whakaari / White Island remains in an steady elevated state of unrest, but no further lava has come to the surface. 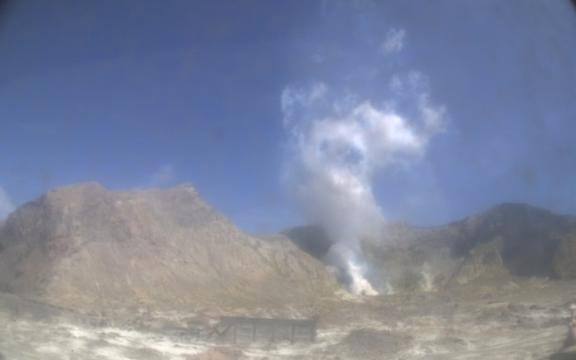 The Whakaari crater floor about 11.20am today. Photo: Institute of Geological and Nuclear Sciences

GNS Science said there were no meaningful changes to the gas levels or anything else, and an eruption was still very unlikely.

Two weeks ago, fresh magma rose to the surface and turned into lava which was visible in the vents created by the eruption.

GNS warned that although an eruption was unlikely, it remained possible and could happen without much precusory activity.