A helicopter pilot who was among the first to respond to the Whakaari / White Island disaster wants to know if the people he helped rescue have survived. 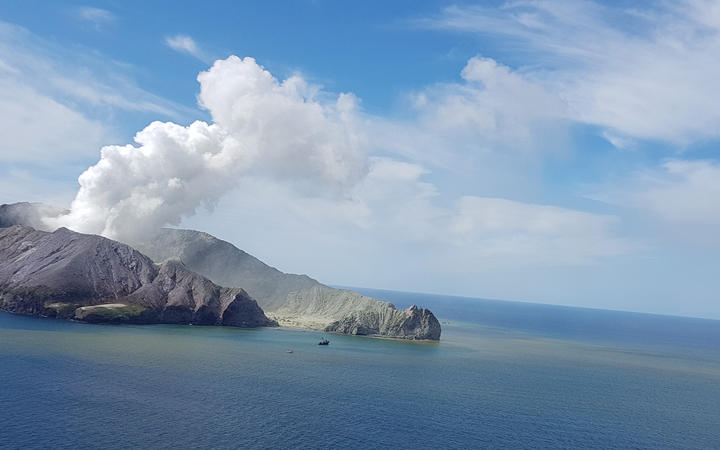 Kāhu NZ pilot Tom Storey helped to rescue 12 people after the eruption, along with colleagues Mark Law and Jason Hill.

"We've been hassling the police a bit to get us a list of the people who we actually pulled off the island because we don't know who they were," he said.

"We're not too sure who survived and who didn't from who we brought out. And obviously with some of the injuries and some of the identification processes that have to go on, it's all kind of lost track of who came in where. Yeah, it would be nice to know how they're getting on."

The eruption on 9 December last year has to date left 21 dead and 25 seriously injured, some of whom remain in hospital facing a long road to recovery.

Storey, who lives in Ōhope, sees Whakaari every day and often thinks about what happened.

"I got a phone call from one of the other pilots from work saying that the island looked to be erupting," he said.

"I was building a house at the time just down the road from the airport so I just dropped my tool belt and made my way as fast as I could down to the hangar."

He gathered water, first aid kits and gas masks and jumped into a helicopter with Jason Hill. Mark Law took another chopper.

"We didn't know if anyone was on the island at the time, we just knew that Volcanic [Air] had had a trip out there ... so we were just going out hoping that no-one was on the island. But unfortunately, yeah, there were some people that got caught out."

Once they landed, Law - who runs the businesses - came up with a plan of action and delegated tasks.

"We saw some bodies from the air so we just bee-lined it straight to them and, yeah, started with that group and just worked our way through," he said.

"Once Mark found out that Westpac [Rescue] weren't coming out to help us, that's when he made the call that we were going to turn into the old rescue team. That's when we started picking up people and carrying them to the helicopters."

All the while, in the back of their minds they were aware the volcano could blow again at any moment.

"It did have another spit when we were out there, rained ash for a little bit. But to be fair that was the last thing we were thinking of," he said.

"The adrenaline was pumping and you just did what you had to do."

They loaded five of the injured into Hills' helicopter, five in Laws' and another two in a chopper belonging to Tim Barrow from Volcanic Air, who had arrived to help.

Storey remained on the island.

"By that stage people if they hadn't died already were very close to dying. I made them as comfortable as I could and sat with them in their last few moments."

This included his friend Hayden Marshall-Inman, a guide from White Island Tours.

"Mark, my boss, actually found Hayden. He was a bit further down from the first group of people we had come across.

"There was another tour guide with them, Tipene [Maangi]. It was pretty clear they'd survived the initial eruption and had helped those people and I think one of the main reasons we found the first group of survivors was because of those two guys' heroic actions."

He pulled Marshall-Inman from where he lay, checked his vital signs and tried to make him as comfortable as possible. He hadn't made it.

Storey then continued to look for survivors, checking in an emergency shelter to see if anyone had made it there.

He had thought the helicopters would be back shortly to pick up the bodies, but authorities decided it was too dangerous for them to fly over the volatile volcano.

Unfortunately, Marshall-Inman's body was washed out to a sea and has not been recovered.

"Obviously in hindsight I would have carried him to either higher ground or to the heli that I left on. But hindsight's a good thing," he said.

"We were under the impression we were heading back out that afternoon or that evening to get the remains of everyone else. I'd love to have got all eight bodies off before I got off."

Storey was full of his praise for his boss. 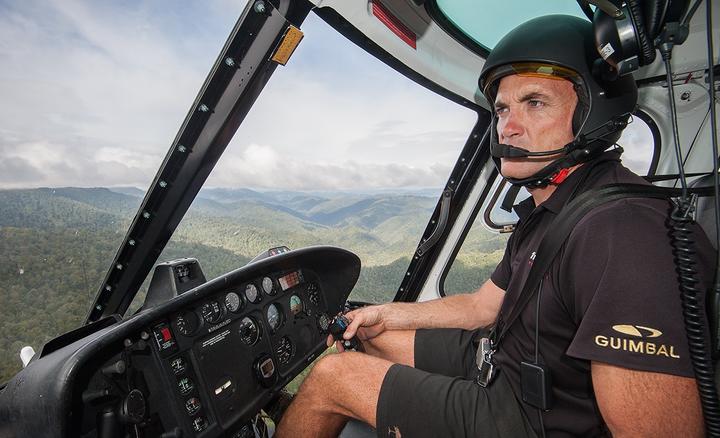 "If it wasn't for Mark Law I don't know how things would have gone. I just can't speak highly enough of him, of how he grouped us all up and gave us a job ... that we could focus on."

RNZ has contacted police to ask if Storey could be told of what happened to the 12 people he helped.