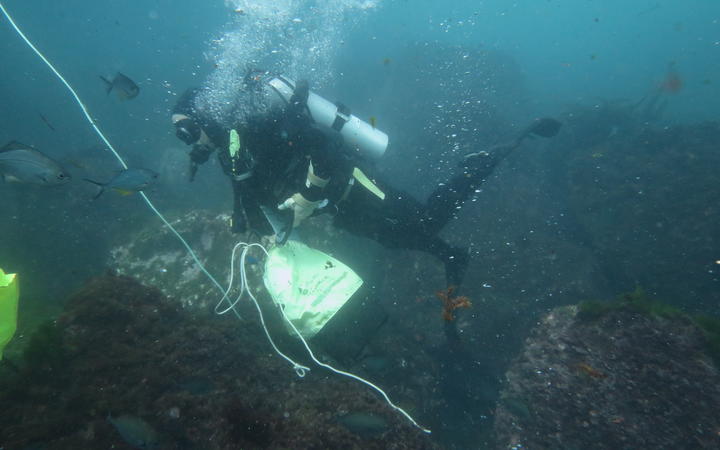 "So it's basically doing that job [of climate change] a bit faster than it's happening anywhere else."

Details of the findings are published in the journal, Marine and Freshwater Research.

The paper was published shortly after the eruption, but Professor Smith said the authors delayed publicising it out of respect for those hurt in the Whakaari eruption in November.

"I guess it does show that there's a side to the volcano that can help us and give us information, it's not just a source of destruction."

The volcano's shallow vents produce acidic water with a very acidic pH - as low as 6.8 pH compared to standard sea water at 8.1 pH - and water temperatures up to 1 degree Celsius higher than seawater in the area.

In other words, the vents create seawater conditions with pH, temperature and chemistry values as predicted for beyond the year 2100.

"It's similar to what we might expect if we continue down the, frankly, disastrous trajectory of producing as much CO2 as we want, however we want," Professor Smith said.

Professor Smith said her group first collected data on how White Island's shallow vent system behaved in December 2015, along with 16 other scientists from New Zealand, Australia, New Caledonia, Brussels, Germany and the UK.

Along with the acidity levels, they found there were high concentrations of mercury and sulphide at both vent and control sites with levels considered biologically toxic.

Professor Smith said the volcano was very quiet and scientists were "as safe as can be" when the data was collected but scientists did take care.

She said the authors hoped that establishing a baseline of biological and geochemical parameters around the volcanic site would allow future research to look at how physical climate change is likely to drive ecological changes in a real environment.

Over the past few decades scientists have investigated submarine vents, particularly in deep waters, tropical and subtropical waters and in warm temperate seas to study the long-term effects of climate change on our oceans. 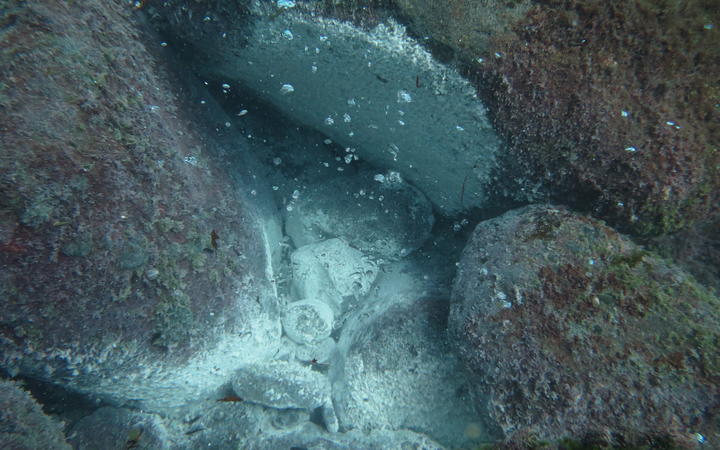 Professor Smith said there were volcanic vents elsewhere, but White Island is the only shallow, cool water one that we know of. It also has a range of marine life, and is accessible by scuba.

Otago chemist Dr Rebecca Zitoun, who co-authored the study with Professor Smith, said vent studies in cold temperate waters in the southern hemisphere are scarce and it is important to know how climate change, and ocean acidification in particular, will affect our temperate species and ecosystems.

"We can look at what life survives there, and how those organisms adapt in order to survive," Dr Zitoun said.

"Because the waters around Whakaari/White Island are representative of future seawater conditions we can set-up long-term observations of the organisms living at the vents to improve our understanding of how marine life and ecosystems will respond to the changing climate.

"This potential toxicity presents more research opportunities, really, because we can expect to be dealing with the runoff of wastewater discharges and pollution into waterways in the future, which will increase levels of metals and elements in our rivers, estuaries and oceans."

Professor Smith said we may not like the picture we get from White Island, but we need to pay attention to it.

"Humanity on this planet is conducting an uncontrolled experiment with CO2 in the atmosphere to see what will happen. We know what will happen and White Island gives us a picture of the future. It may not be the future we want."