An Aboriginal man who spent 500 days in immigration detention was released today after the High Court ruled that Indigenous Australians cannot be deported. 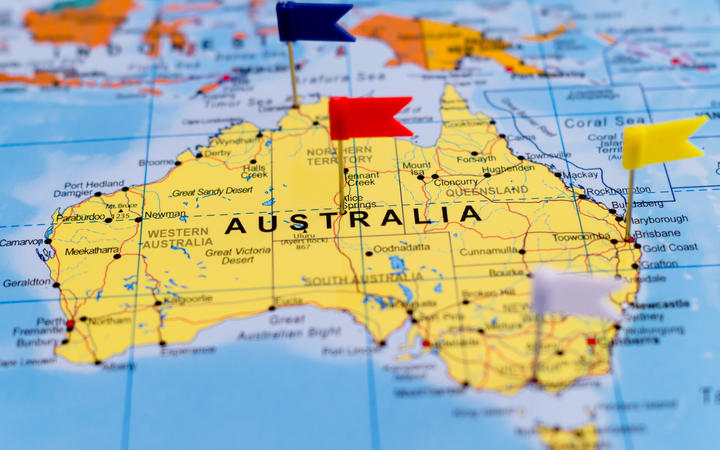 The court found Aboriginal people held a special status and were exempt from immigration laws, after it considered the cases of two convicted criminals whom the Government wanted to deport.

The two men, Daniel Love and Brendan Thoms, had failed their migration character tests as a result of serving jail sentences.

In a 4-3 split, the court found Aboriginal Australians were not subject to the alien powers in the constitution and therefore could not be deported.

But the judges did not clear Love entirely, saying they could not reach agreement on whether he was an Aboriginal person on the facts stated in the case.

After this morning's ruling, Thoms was released from detention in Brisbane.

The 31-year-old told the ABC he was struggling to believe he was finally free.

He said he found it hard to stay positive while in immigration limbo.

"After 17 months it was starting to wear on me," he said.

"I really just was thinking about my son a lot and all the fighting was for him ... That's why I put up a fight."

"The lawyers did a really good job and it's good win for Aboriginal people."

Both men were born overseas but moved to Australia as children and held permanent residency visas.

Love, a recognised member of the Kamilaroi people but born in Papua New Guinea, was placed in immigration detention after he was sentenced to more than a year in jail for assault occasioning actual bodily harm.

A delegate for Home Affairs Minister Peter Dutton had cancelled the 40-year-old's visa, but that decision was later revoked and he was released.

Thoms was born in New Zealand and also lacks Australian citizenship, though he is a native title holder as a member of the Gunggari people.

After serving part of an 18-month sentence for a domestic violence assault, he was taken into immigration detention, where he had remained until today's outcome.

Outside the High Court, one of the men's lawyers, Claire Gibbs, said Thoms was "incredibly relieved" by the judgement.

Gibbs said the ruling was not about citizenship, but was instead about "who is an Australian national and who is a part of the Australian community".

"It's about the use of alien powers, which we believe the government has been using inconsistently, unfairly and, now we've proven, unlawfully," she said.

"So, in a practical sense, Brendan is still a New Zealand citizen, but he's not an alien in this country and he's protected from being deported.

Gibbs said while the court did not make a determination about Mr Love's "Aboriginality", she was confident lawyers could prove that was the case.

The president of the Law Council of Australia, Pauline Wright, welcomed the decision, saying it confirmed that questions about membership of Aboriginal societies were beyond the Parliament's legislative power.

She said the judgment raised several other "complex issues which require careful consideration".

In an unusual move, the High Court held two separate hearings into the case.

It was originally heard in May last year, but came back in December after the court suggested the parties consider whether Aboriginal people occupy a special position, backed up by common law recognition of native title rights.

If that was the case, the court said it then followed that the crown had a unique obligation to protect Aboriginal society, and in return Aboriginal people owed a permanent allegiance to the crown.

Lawyers for the men submitted that Aboriginal people could not be "alien" to Australia.

"Aboriginal Australians are a permanent part of the Australian community," they wrote in a submission.

The submissions also stated that, at Federation, Aboriginal people were not considered "aliens" under the constitution.

But the Commonwealth told the court any person who was not a citizen was an "alien" under the law, and that Mr Thoms and Mr Love owed their allegiance to the countries they were born in.