A new batch of emojis to be released in 2020 includes men in wedding dresses, and a gender-neutral Santa. 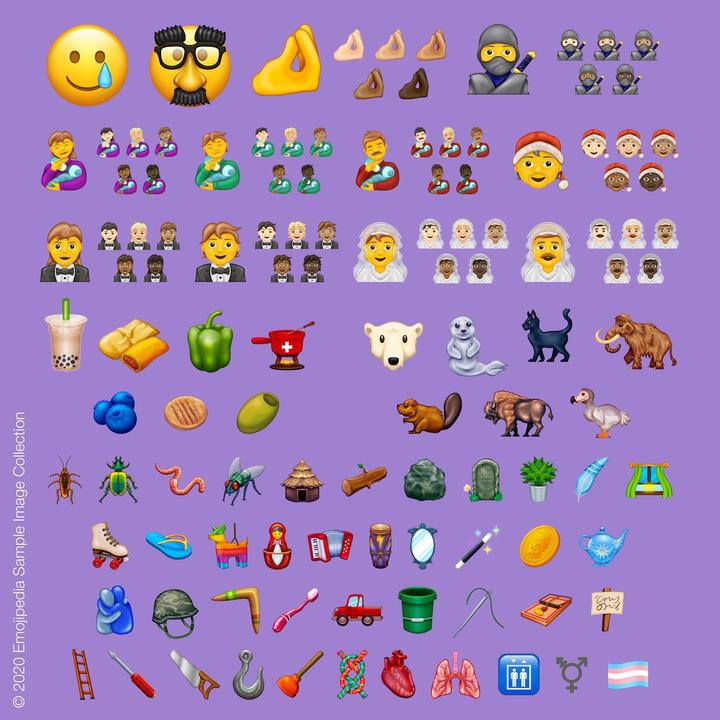 The list, released by Unicode Consortium, contains 117 new symbols, expanding what can be said through pictures and symbols.

In 2019 it released emojis of same-sex couples, but received some criticism for not including the transgender flag, which is now being added.

The new release was met with a mostly positive response on social media.

Anna Lytical, a self-described drag queen, said the new emojis were representative of a broader range of people and a gave a voice to marginalised people.

"Getting to see yourself... is validation that you are being heard and that your voice matters."

Unicode Consortium, a non-profit organisation based in California, is responsible for choosing the emojis for Apple and Android devices.

As well as more gender inclusive symbols, the Emoji 13.0 additions include:

But there were complaints on social media that the new emojis were still not inclusive enough of racial diversity. Some on Twitter said they should have included symbols of mixed-race families and a wider range of hairstyles.

A video of the new additions was posted on Emojipedia on Wednesday.

No specific date was given for when the emojis would be released.