A new range of emojis will allow texters to express themselves with pukana, or communicate using hangi or boil up icons. 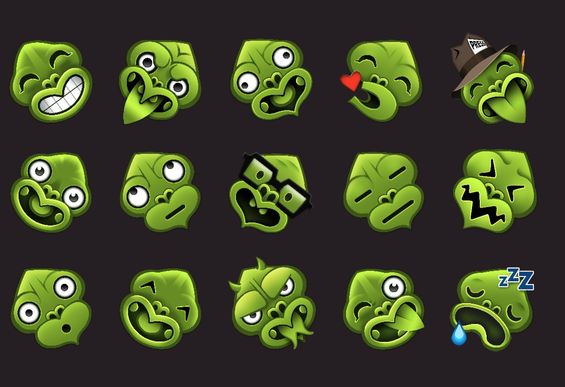 Some of the Emotiki - the Māori emoji Photo: Supplied / Te Puia

After 18 months of development, the 'Emotiki' app and its unique Māori selection of emoji are available.

Kiri Atkinson-Crean, the General Manager of Sales and Marketing at Te Puia said the idea for the Emotiki App came from watching the social media posts of her nieces and nephews after they had performed at a kapa haka competition.

"The emoji's they had to chose from were completely different from their culture or didn't have the relevance to the actual performance or the discipline or the expression that could be more truthfully Māori.

"I thought if we could take some of these concepts and illustrate them in a way these kids can access them and access their own culture for this expression would be great."

Ms Atkinson-Crean said the green tiki face would have 50 different emotions, including a pukana.

"We also have a series of humanoids, human faces, warrior faces, kuia and koroua, families and some of the disciplines of kapa haka, taiaha and poi."

The app also has Māori kai icons like hangi, boil up, kina and paua.

Eruera West, the Emotiki App project lead said the development of the app had taken 18 months.

"We just hope people see it for what it is, we are trying to get Māori culture into the new age and we're trying to help with those conversation and help our people communicate in a more cultural way."

Ms Atkinson-Crean said it was the first indigenous voice to the emoji application.

"People have really responded really deeply to that."

"The intention is for these little guys and their expression to give a contemporary voice and medium to what is the values, expressions and the culture that is Māori in New Zealand."