By Daniel Thomas for the BBC

Coca-Cola will not ditch single-use plastic bottles because consumers still want them, the firm's head of sustainability has told the BBC. 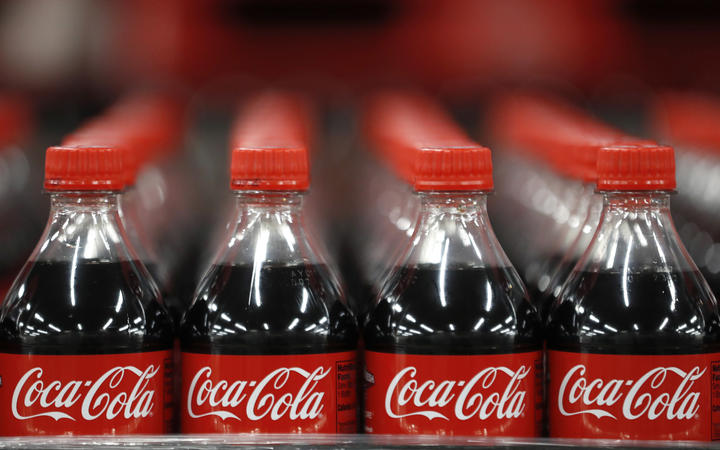 Customers like them because they reseal and are lightweight, said Bea Perez.

The firm, which is one of the world's biggest plastic waste polluters, has pledged to recycle as many plastic bottles as it uses by 2030.

But environmental campaigners argue many Coke bottles would still go uncollected and end up in landfill.

The drinks giant produces about three million tonnes of plastic packaging a year - equivalent to 200,000 bottles a minute.

In 2019, it was found to be the most polluting brand in a global audit of plastic waste by the charity Break Free from Plastic.

But speaking at the World Economic Forum in Davos, Perez said the firm recognised it now had to be "part of the solution".

Coke has pledged to use at least 50 percent recycled material in its packaging by 2030. It is also partnering with NGOs around the world to help improve collection.

However, Perez said the firm could not ditch plastic outright, as some campaigners wanted, saying this could alienate customers and hit sales.

She also said using only aluminium and glass packaging could push up the firm's carbon footprint.

"Business won't be in business if we don't accommodate consumers," she said.

"So as we change our bottling infrastructure, move into recycling and innovate, we also have to show the consumer what the opportunities are. They will change with us."

Perez said she respected the idealism of youth activists, such as 19-year-old campaigner Melati Wijsen, who with her sister Isabel, convinced the island of Bali to ban single-use plastic bags, straws and styrofoam last year.

Such plastics were clogging up the seas around Bali, harming marine life.

Perez also said she agreed with calls for Coca Cola to reach its environmental goals sooner than 2030 - although she would not say whether she would step down if the plans failed.

"We have to reach this goal and we will - there's no question."