US President Donald Trump has decried climate "prophets of doom" in a speech at the World Economic Forum in Davos, where sustainability is the main theme. 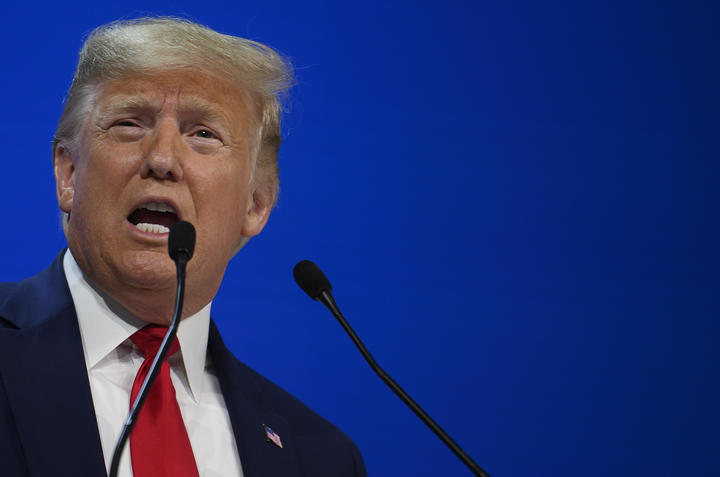 He called for a rejection of "predictions of the apocalypse" and said America would defend its economy.

Trump did not directly name teenage climate activist Greta Thunberg, who was in the audience.

Later, she excoriated political leaders, saying the world "in case you hadn't noticed, is currently on fire".

Environmental destruction is at the top of the agenda at the annual summit of the world's decision-makers, which takes place at a Swiss ski resort.

What else did the Trump say?

In his keynote speech, Trump said that it was a time for optimism, not pessimism, in a speech that touted his administration's economic achievements and America's energy boom.

Speaking of climate activists, he said: "These alarmists always demand the same thing - absolute power to dominate, transform and control every aspect of our lives."

They were, he said, "the heirs of yesterday's foolish fortune tellers".

He also announced that the US would join an initiative to plant, restore and conserve a trillion trees.

"We're committed to conserving the majesty of God's creation and the natural beauty of our world," he said.

He was speaking hours before his impeachment trial began in the US Senate.

What has Greta Thunberg been saying?

Soon after Trump spoke, Thunberg, the 17-year-old Swedish climate activist who has led a global movement of school strikes calling for urgent environmental action, opened a session on "Averting a Climate Apocalypse". 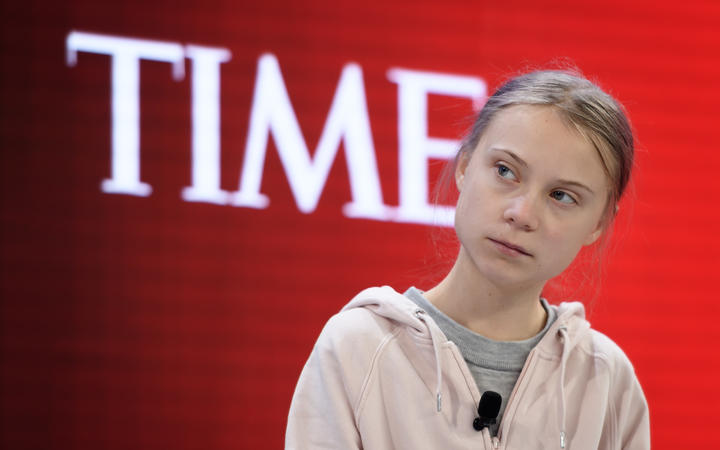 She refrained from naming Trump but issued this warning to the world's leaders.

"I wonder, what will you tell your children was the reason to fail and leave them facing... climate chaos that you knowingly brought upon them? That it seemed so bad for the economy that we decided to resign the idea of securing future living conditions without even trying?

"Our house is still on fire. Your inaction is fuelling the flames by the hour, and we are telling you to act as if you loved your children above all else."

She strongly criticised politicians and business leaders for what she said were continuous "empty words and promises".

What other reaction has there been?

Economist Joseph Stiglitz, a Nobel Laureate, criticised Trump's speech. According to Reuters news agency he said it was "astounding" and made "as if what we are seeing with our eyes are not there".

The reaction from joint leader of Germany's Green Party, Robert Habeck, was scathing.

"Only self-praise, ignorance, disregard for everyone, no perception of global problems. It was the worst speech I've ever heard in my life."

What are the climate targets?

The world's nations committed in the 2015 Paris Agreement to keep temperatures well inside 2.0C (3.6F) above pre-industrial times.

They agreed to try to keep the rise to 1.5C but scientists say they are well off that target.

Last year, the Intergovernmental Panel on Climate Change said the Earth was heading instead for 3C and that "rapid, far-reaching and unprecedented changes in all aspects of society" would be needed to keep to the preferred target of 1.5C.

The renowned naturalist and broadcaster David Attenborough recently told the BBC that "the moment of crisis has come" in efforts to tackle climate change, referencing the bushfires that have ravaged parts of south-eastern Australia.

The US is withdrawing from the Paris climate agreement, which Trump has called a "bad deal." The pull-out will take effect the day after the 2020 US presidential election - assuming that Trump is re-elected.