Following in the footsteps of other councils, Nelson City Council has agreed to stop recycling some plastics such as icecream containers, yoghurt pots and takeaway containers. 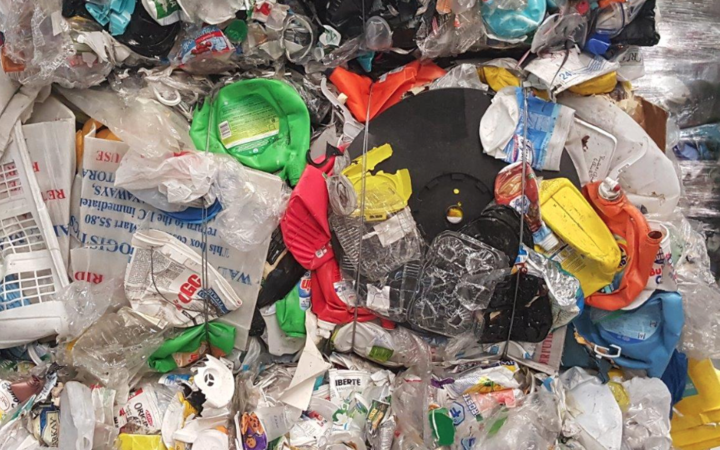 A fill of mixed grades of plastic. Photo: Supplied/PlasbackNZ

Hutt City, Gisborne, Horowhenua and Far North District Councils are among the growing number of councils no longer accepting type three to seven plastics for recycling.

The Gisborne District Council said recently it was because there was no longer anywhere to send it.

At the end of 2017 China banned the import of 24 grades of waste including household plastics and mixed paper. Since then New Zealand has been sending plastic waste to South East Asia, but now Malaysia was also banning imports of non-recyclable plastics.

While some councils were stockpiling these plastics as they looked into other options, the Gisborne council said the most sustainable way forward was to advocate for a change in consumer habits.

The Nelson City Council recently released its decision from a public excluded meeting. Its Infrastructure Committee has agreed, subject to final approval, to reduce its recycling to include only glass, fibre, steel, aluminium, and plastics numbered one and two, on a fortnightly basis until a viable long-term sustainable recycling option was secured for the plastics that can no longer be recycled.

The council said it would also call on Nelsonians to avoid buying products packed in, or made of, plastics numbered three to seven where possible, and that it would advocate to government, supermarkets and other retailers to avoid, where possible, the packaging of products in these plastics.

Infrastructure Committee chair Brian McGurk told RNZ that the council had taken more of a moral stance on the subject.

"In the past, the materials have been collected and basically gone anywhere. We know there's a ready market for plastics one and two, for glass and fibre - cardboard, which can be recycled within the country.

"The difficulty being plastics three to seven as there's no such market that we're aware of, and we've taken the position that unless we can be sure these products are being recycled in an environmentally ethical manner then it's not prudent for us to collect them."

McGurk said the changes were planned to be introduced by the middle of the year.

Pact Group (NZ) Ltd will make recycled packaging for meat and bakery trays, and and deli, food and produce, food and containers.

Its new Auckland plant would allow recycled Type 1 or PET plastic to be decontaminated and made back into food packaging.

In December, the Rethinking Plastics in Aotearoa New Zealand report found 8.3 billion tonnes of plastic has been produced globally since the 1950s, of which 79 percent has gone to landfill or been discarded into the environment.

The government is expected to provide a full response to the report in June but in December Prime Minister Jacinda Ardern said it wants to move away from the hard-to-resuse and reprocess plastics.

She said the government's first target would be to move away from single-use food and beverage containers made of hard-to-recycle plastics like PVC and polystyrene.

Number 7 is for all plastics other than those identified by number 1-6 and also plastics that may be layered or mixed with other types of plastics.