Ousted Bolivian leader Evo Morales has announced candidates for his socialist party in Bolivia's May 4 elections, which will serve as a re-run of the disputed October vote and be the first in some two decades without him. 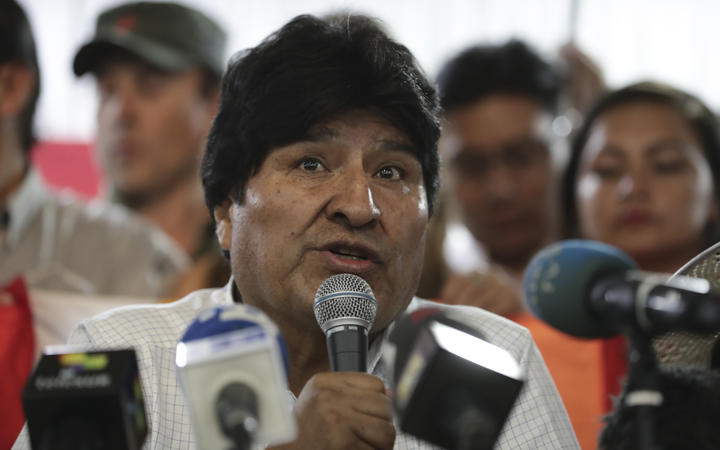 Morales unveiled the ticket after meeting at the weekend with senior MAS party officials who travelled to the Argentine capital, where Morales is living after accepting an offer of asylum. He is barred from running for president again.

The names differed from a ticket announced on Saturday by MAS officials in La Paz, which had Choquehuanca, an Aymara Indian, as the party's presidential candidate.

At the time, a party official said the ticket - including Morales disciple and coca farmer Andronico Rodriguez as vice presidential candidate - was the result of party consensus.

But later on Saturday Morales wrote on Twitter that the pair were just "pre-candidates" along with two of his close allies: Catacora and another former foreign minister, Diego Pary Rodriguez.

"Soon we will return to Bolivia to join this campaign fight," Morales said at the press conference.

"I want to tell everyone I have a political project of liberation, not only to Bolivians but the whole world... that another world without capitalism is possible."

Morales, Bolivia's first indigenous president, was forced resigned on November 10 after a demand by the military. It followed a disputed election victory in October, and an audit by the Washington-based Organization of American States, which found irregularities in the vote count.

After initially going to Mexico, he arrived in December in Argentina, where he has remained vocal about Bolivian politics and his party's participation in the upcoming elections.