Venezuela's opposition is calling on the United States to step up pressure on Russia over its support for socialist Venezuelan President Nicolas Maduro, the opposition's envoy to Washington said on Friday. 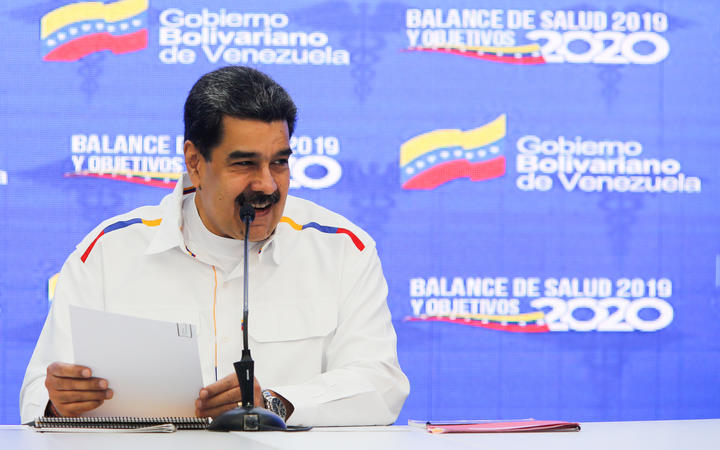 "I request to the international community to hold accountable Russia for what they are doing in Venezuela," Vecchio told reporters in Washington. The pressure campaign, he said, should also extend to Russian oil giant Rosneft, which has helped Venezuela market its crude since Washington imposed sanctions on the South American country's state oil company PDVSA last January.

Since early last year, the United States and dozens of allies have recognised Guaido, head of the opposition-controlled National Assembly, as Venezuela's legitimate "interim" president.

Maduro remains in power, after the military stayed loyal to him despite calls for a coup, as well as Russia, China and Cuba. A senior White House administration official told Reuters in October that President Donald Trump's frustration over the lack of results had spurred aides to ready further actions.

Vecchio's focus on Russia echoes comments by Elliott Abrams, the Trump administration's envoy on Venezuela, who told reporters earlier this week that "as the regime has become more and more desperate... they have relied more and more on Russia."

Abrams told Reuters in October that the administration was taking a "closer look" at Russia's role in helping Maduro remain in power. But since then the United States has not taken any major action against Moscow over its Venezuela ties.

Vecchio said new steps against Russia, including sanctions, should be also be taken by the European Union and the rest of the international community.

Moscow has acted as a lender of last resort for Venezuela, with the government and Rosneft providing at least $17 billion in loans and credit lines since 2006.

Guaido invoked the constitution last January to assume a rival presidency, claiming that Maduro's 2018 re-election was a sham. Maduro has accused Guaido of leading a US-orchestrated coup attempt.