Australian Liberals backbencher Craig Kelly has rejected climate change is to blame for the bushfire crisis while defending his government's handling of it in a UK television interview. 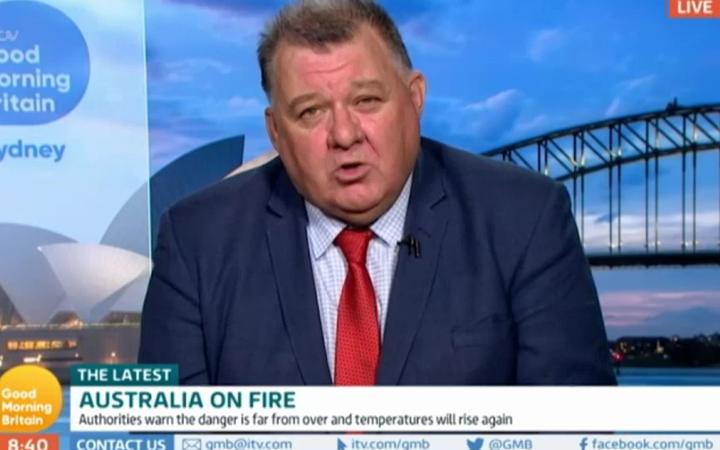 Appearing on ITV's Good Morning Britain, Kelly was grilled by outspoken British host Piers Morgan, who introduced him as a "climate change sceptic".

Kelly nodded along during the introduction.

"You believe this has nothing to do with climate change, explain that," Morgan began.

Kelly replied: "Well Piers, you have to look at science and what our scientists are telling us ... what causes the fires is the build-up of fuel load and the drought."

As fires burn across the country, Australian Prime Minister Scott Morrison has been under pressure to develop a stronger climate change policy.

He has also been widely criticised for his handling of the bushfire crisis.

His confrontational meeting with angry residents - who heckled the Prime Minister and refused to shake his hand during the brief visit - in the bushfire-ravaged New South Wales town of Cobargo was streamed across the world.

The criticism has left Morrison repeatedly seeking to reassure the public - both domestically and abroad - that his government accepts the link between climate change and natural disasters.

"I should stress that there is no dispute in this country about the issue of climate change globally, and its effect on global weather patterns, and that includes how that impacts in Australia," he said on Sunday.

When asked later in the day what he would say to those around the world who were watching, he simply said: "thank you very much for your support. Thank you."