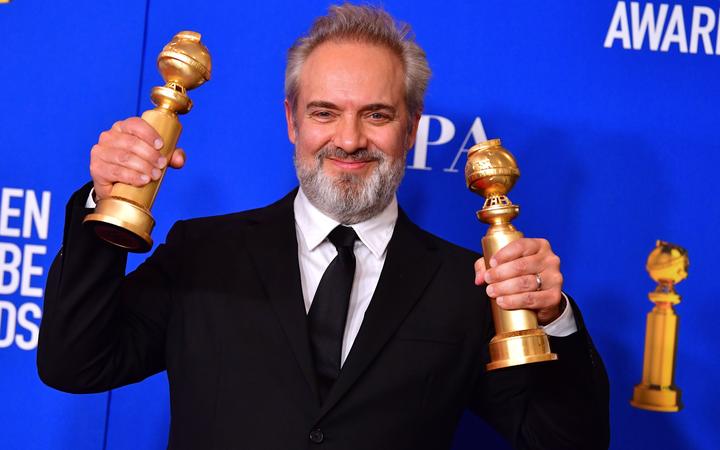 "That is a big surprise," said Mendes, who beat Martin Scorsese and Quentin Tarantino.

The other top movie award - best musical or comedy film - went to Once Upon a Time in Hollywood. The Tarantino 1960s drama led the movie field with three awards in total.

Tarantino also took home the Golden Globe for the screenplay of his love letter to the industry, Once Upon a Time in Hollywood, while Brad Pitt was a popular winner for playing a laid-back stunt double in the movie.

Russell Crowe was another winner, receiving the award for best actor in a limited series or a motion picture made for television for The Loudest Voice.

The actor was not at the ceremony, instead sending a message about the devastating bush fires ravaging Australia.

"Make no mistake, the tragedy taking place in Australia is climate change-based," he said in a message read out by actress Jennifer Aniston.

Thanks to the @goldenglobes .
What a cast I got to work with.
Naomi Watts, @WallisAnnabelle Sienna Miller, Aleksa Palladino @JoshStamberg @SethMacFarlane Simon McBurney and everybody else. They created a complete world. Their commitment, sensitivity and courage was inspiring. pic.twitter.com/AW9PtKwKF3

Awkwafina was named a first-time acting winner in the comedy/musical field for The Farewell.

Fleabag actress Phoebe Waller-Bridge was named best actress in a TV series (musical or comedy) for her BBC sitcom Fleabag. Olivia Colman, one of Waller-Bridge's Fleabag co-stars, was also honoured, for playing The Queen in the third series of The Crown. 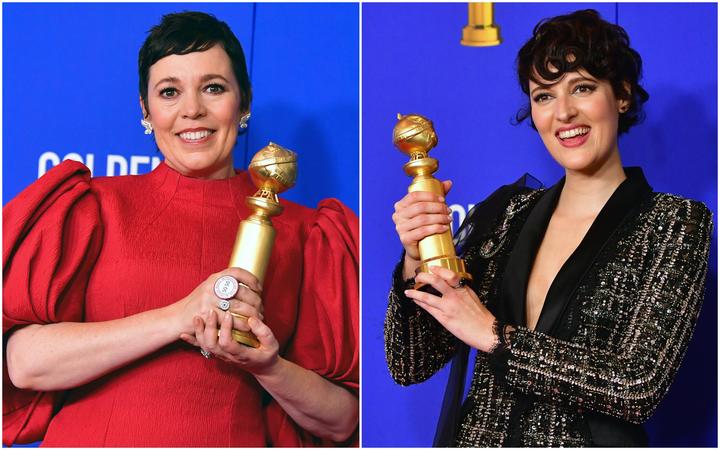 The British Oscar-winner said she had not expected to win and had gotten "a little bit boozy" as a result.

"I had money on this not happening," she said as she was named best actress in a drama series.

As she collected her award, Waller-Bridge thanked another of her co-stars, Andrew Scott, for bringing "so much fire" to Fleabag's second season.

"He could have chemistry with a pebble," she said of the Irish actor, who played the "Hot Priest" in the show.

Fleabag went on to be named best TV series (musical or comedy) at the star-studded ceremony.

"This means a huge amount to all of us," said Waller-Bridge, who thanked Barack Obama "for putting us on his list".

This was a reference to a recent tweet from the former US president, in which he called Fleabag "a TV show [from 2019] that I considered as powerful as movies".

Ricky Gervais, hosting the event for the fifth time, kicked off proceedings with a salty monologue that poked fun at James Corden, Felicity Huffman, Martin Scorsese and others.

Yet the comedian also took Hollywood's great and good to task for expressing political opinions while simultaneously accepting money from multinationals with questionable business practices.

Ellen DeGeneres received a special award at the ceremony.

Another special award went to actor Tom Hanks, who was briefly moved to tears as he paid tribute to his ever-supportive family.

Other British winners include Brian Cox, who was named best actor in a drama series for Succession.

The Dundee-born actor offered his apologies to his fellow nominees, which included Game of Thrones' Kit Harington and The Crown's Tobias Menzies. 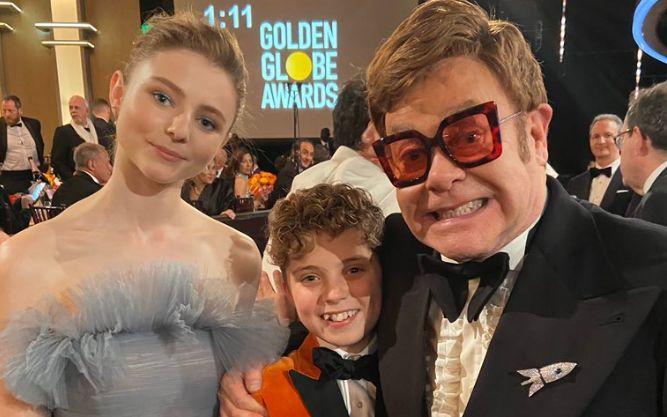 There was also success for Sir Elton John and his songwriting partner Bernie Taupin, who won best film song for their Rocketman composition I'm Gonna Love Me Again.

"Just being nominated with fellow international film-makers was a huge honour," said director Bong Joon-Ho in a speech delivered in his native Korean.

"Once you overcome the one-inch tall barrier of subtitles, you will be introduced to so many more amazing films," he went on to say via his translator.

One notable upset came in the best animated film category, where stop-motion film Missing Link beat out such hit sequels as Frozen 2 and Toy Story 4.

There was no surprise, though, when perennial Globe favourite Laura Dern was named best supporting film actress for Marriage Story.

Presented by the Hollywood Foreign Press Association (HFPA), the Globes is the biggest ceremony of the annual awards season outside of the Oscars.

Many of the award recipients traditionally go on to enjoy success at the Academy Awards, to be held this year on 9 February.

Television stars and shows are also recognised at the ceremony, which is being was held at the Beverly Hilton hotel.