It's almost time for the 77th Golden Globe Awards, celebrating the best of the best in film and TV. 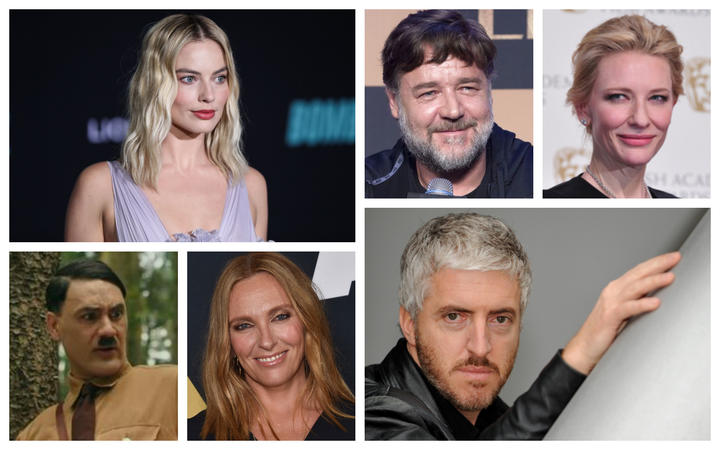 Two movies made by New Zealanders are up for awards.

New Zealand-born Russell Crowe is also in the running for best performance by an actor in a limited series or a film made for television for The Loudest Voice. Crowe is claimed on both sides of the Tasman because he has lived in Australia for almost 40 years and has made it clear he wants to be an Australian citizen.

Noah Baumbach's Marriage Story starring Adam Driver and Scarlett Johannson is leading the Golden Globes' race with six nominations, with Martin Scorcese's The Irishman hot on the heels with five nominations. Both movies were released on Netflix.

The television race is tight, with The Crown, Unbelievable and Chernobyl receiving four nominations each.

British comedian Ricky Gervais will host the awards which will be held in Los Angeles for a fifth time, taking place from 2pm tomorrow NZ time.

Here are some of the questions surrounding this year's nominees:

Egerton is nominated for best performance by an actor in a motion picture (musical or comedy) for his portrayal of the singer in Rocketman. 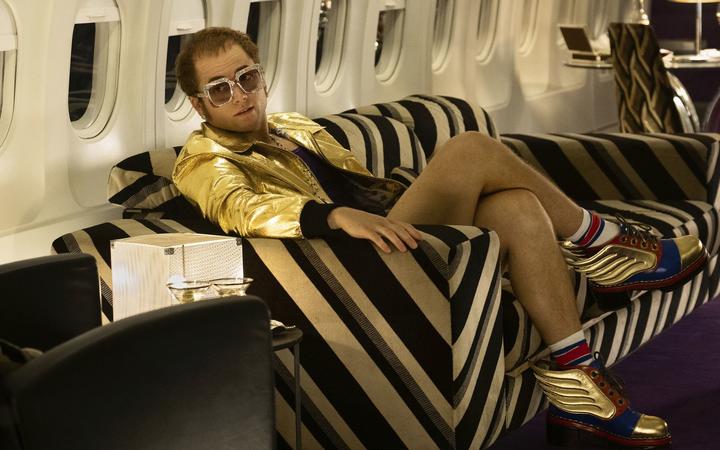 Taron Egerton has gained a Golden Globes nomination for his portrayal of Elton John in Rocketman. Photo: AP

People have asked the same question about Renee Zellweger's portrayal of Judy Garland in the biopic Judy - she sang in that movie too.

Zellweger's performance in Judy earned her a nomination for best performance by an actress in a motion picture (drama).

Could the kid from Jojo Rabbit be the youngest Golden Globe recipient ever?

No. Roman Griffin Davis, 12, plays Betzler in the film Jojo Rabbit, and is nominated for best performance by an actor in a motion picture (musical or comedy).

While that's a pretty awesome achievement before he's even hit his teens, he still wouldn't be the youngest ever winner if he did take out the category.

The youngest ever Golden Globe winner is Ricky Schroder - he took home a gong at the tender age of nine.

Schroder won new star of the year in a movie in 1980, for his role in The Champ. 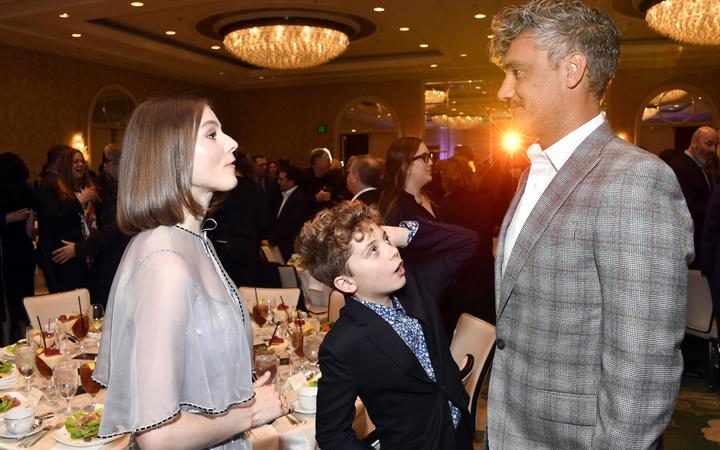 Has there ever been two popes at the same time?

Technically yes - but not the same two popes that Golden Globe-nominated film The Two Popes is based on.

If we take a look way back in Roman Catholic history to the Great Western Schism, from 1378 to 1417, there were two, and later three, rival popes, each with his own following, his own Sacred College of Cardinals and his own administrative offices.

The schism was ended when Martin V was elected in 1417.

While The Two Popes is inspired by two real popes, Pope Francis and Pope Benedict, they did not lead simultaneously.

The movie is summed up like this: Behind Vatican walls, the conservative Pope Benedict and the liberal future Pope Francis must find common ground to forge a new path for the Catholic Church.

Will Once Upon A Time ... In Hollywood be Quentin Tarantino's last movie?

It doesn't sound like this will be the last we see from the famed director - but it may be his second-last.

Once Upon A Time ... In Hollywood was Tarantino's ninth movie, and he has said that he only plans to make 10.

According to the Hollywood Reporter, the filmmaker said he still has "one more to make" but didn't reveal details about his potential last movie creation.

"If you think about the idea of all the movies telling one story and each film is like a train boxcar connected to each other, this one would sort of be the big showstopping climax of it all," Tarantino said at a media conference in Russia in August.

"And I could imagine that the 10th one would be a little more epilogue-y."

Is The Irishman a true story?

The Netflix film starring Robert De Niro and Al Pacino is based on the book I Heard You Paint Houses: Frank "The Irishman" Sheeran & Closing the Case on Jimmy Hoffa.

The true crime novel reveals Frank Sheeran's (played in the movie by De Niro) confession to author Charles Brandt that he handled more than 25 hits for the mob, and for his friend Hoffa (Pacino).

The Irishman is nominated for five Golden Globes, including best motion picture in the drama category.

Many of this year's nominees have a history influence, with titles like 1917, Jojo Rabbit, The Crown, The Loudest Voice and Chernobyl also taking inspiration from true events.

Thanks to everyone who watched. pic.twitter.com/Zq6fi1ejTp