Review - When filmmakers talk about the state of cinema, they often refer to the dying art of mid-budget movies. 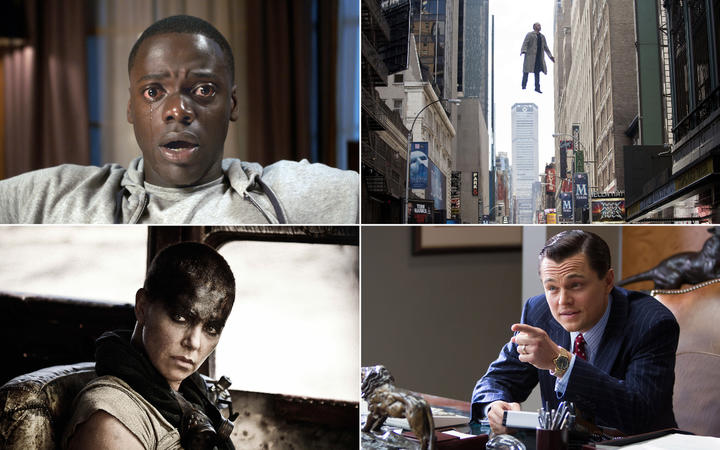 Increasingly, Hollywood seems to be pooling its money into safe-bet big-budget blockbusters - which too often feel like products rather than movies.

This year, the six highest grossing films (remakes or part of franchises) were all made for at least USD$150 million. (So spare a thought for the Sir Peter Jackson-produced Mortal Engines, which, according to estimates, lost anywhere between USD$100 million to $175 million.)

It should be no surprise then that some of the great films of the 2010s came from younger, diverse filmmakers who were unafraid to take risks with modest backing.

The successful churn of Netflix and Peak TV is helping hasten this evolution, yet the most daring filmmaking remains in theatres. The Oscars may hardly be the best barometer of quality, but only one Best Film winner in the decade cost more than USD$23 million (Argo - $44 million).

But the most important change has come beyond the theatres. Accusations against industry men like Harvey Weinstein have helped mend its rotting core. The effects of #OscarsSoWhite are also trickling to the top, even if the least insightful film about race - Green Book - won the top award in 2019.

In assembling this list of 30 highlights, a few superb films missed the cut. There was the moral dilemma of In Separation, the delightful songs of Frozen, the dying America of Hell or High Water, the dreamlike New York of Frances Ha, the endless charm of Hunt for the Wilderpeople, the fascinating politics of Zero Dark Thirty, the unrelenting heartache of Marriage Story, the modest eloquence of Columbus, the frequent joy of Bridesmaids, and the despairing mediocrity of Inside Llewyn Davis.

Jesse Eisenburg's Mark Zuckerberg may have been a poor impression, but it didn't need to be. David Fincher took a zippy script about smarmy rich kids and made an exhilarating, uneasy film about Facebook and its arrogant obsession with influence.

Willem Dafoe - and his twisted, villainous face - is one of the more underappreciated actors. Here, he played a sympathetic, yet very real motel manager alongside amateur talent in a film that says so much about poverty and innocence by seemingly doing so little.

The sweat and smartness of this low-key Steven Soderbergh effort was irresistible. The remarkably good Channing Tatum thrusted his audience into the grimy backstage world of male-stripping, and transcended what could have been a complete disaster. Can you touch this? No, no, no.

Has there ever been a more hyped independent film? And one that exceeded expectations? Boyhood was famously shot between 2001 and 2013 and chronicled the life of an ordinary American family. Intimate, heartbreaking and ultimately one of the most contemplative films of the decade.

Political thrillers don't get cooler than this. Beyond its menacing soundtrack and grim visuals, Sicario worked thanks to its three leads - Emily Blunt, Benicio del Toro, and Josh Brolin - who, like its director, were all in complete control. Serious, high-brow pulp at its best.

No film this decade had a more impressive palette than Anna Biller's The Love Witch. Echoing the Technicolor '60s, this bad dream of a B-movie horror about, well, a love witch, was completely original, despite being completely derivative.

This decade's Before Sunset. Here, a mysterious couple (Are they lovers or strangers?) wander around Tuscany trying to define the meaning of authenticity. What makes romance authentic? Is love real, or simply a decision we resolve to make?

Genuinely frightening, genuinely impressive horror films are hard to come by, which is why Ari Aster's nightmare made such an impression. We should savour Toni Collette, who here somehow elevated her game to another level.

How much fun was Taika Waititi's vampire comedy? Has any film ever more perfectly captured the best of New Zealand humour? No director this decade has better proven it's OK to be silly.

Upstream Color was a completely original film fully deserving its cult status. It was an experimental, hypnotic drug trip that echoed the best of Terrence Malick. What was it about? Good question. There's a parasite that passes from humans to pigs to orchids.

Joshua Oppenheimer's documentary about the Indonesian mass killings of 1965-66 was grotesquely beautiful. As hard as it was to stomach, the painful reward of the final scene was worth the slog. An important investigation into the triviality of evil men.

With her first feature, Greta Gerwig completed the transition from an important actor of the mumblecore generation, to an important filmmaker. Lady Bird was a rare, fully authentic depiction of adolescence, and in Saoirse Ronan, Gerwig found her nostalgic muse.

In a decade dominated by Marvel drones, Denis Villeneuve's take on Ridley Scott's classic was refreshing. This visual miracle, with its noirish hellscape of a futuristic Los Angeles, showed there should still be a place for big budget sci-fi films, even if they no longer make money.

The 2010s weren't a great decade for rom-coms. Very few, like About Time and Crazy Rich Asians, stood out, but none more so than The Big Sick, which was charming, but not too sickly sweet; and sincere, but not too sincere.

Awkwafina's theatrics stole the show in Crazy Rich Asians, but here she showed poignant nuance in a comedy that transcended its simple story. The Farewell will warm the iciest hearts and should be a shoo-in for next year's Best Foreign Language Film award.

Michael Keaton is far from a great actor, but here gave one of the great truthful performances as a skittish, washed-up actor. Birdman was a strange film built around a single trick, but it was a technical marvel and moved to its own drum beat. The perfect cast goes as deep as Merritt Wever, who, side-note, is emerging as one of the great talents.

Not the best film about grief - that comes further down - but still devastating. There's a reason actors are queuing up to work with Ken Lonergan. Manchester by the Sea was a perfect script about the inescapability of heartbreak.

This French gem was an unforgettable meditation on love and ageing; as human as anything, and reinvented the great Michael Haneke as a compassionate filmmaker. If you missed it, fix it.

Unlike Blade Runner, Mad Max: Fury Road did make money, and was one of this decade's best success stories. It was also its greatest guilty pleasure. It was an unparalleled spectacle that also managed to ask complex questions.

Sure, Get Out was smart, but it was also compulsively entertaining and an endlessly rewatchable horror about a specific type of racism. Funny, scary, and a potent piece of social commentary. Daniel Kaluuya's wide eyes marked him as a fascinating actor.

This was a simple, beautiful love story perfectly shot by the daring Luca Guadagnino. Michael Stuhlbarg's loving, fatherly monologue should have earned him every possible award.

Watching this glamorisation of wealth felt like snorting cocaine, even though I've never snorted cocaine. Martin Scorcese made a few good films this decade, including the meditative Silence and The Irishman, but this was his late-period masterpiece. This decade's crime epic, or Goodfellas.

The title should apply to Paul Thomas Anderson, who offered this searing takedown of cults, or specifically, scientology. The Master verged on being inaccessible, but with the help of a flawless Philip Seymour Hoffman, ultimately triumphed as a bold epic about the struggle for meaning.

If Hitchcock were still alive, and Korean, he would dream of making a film like this. At Burning's heart was a love triangle and a poor delivery man who seemed both enamoured and repulsed by his wealthy rival. A slow-burner about the doom of poverty.

The best film about grief goes here. Pablo Larrain's swirling montage set in the days after JFK's death was a towering achievement, set to Mica Levi's evocative score. Jackie-O is such an iconic figure, Natalie Portman should not have succeeded, but her depiction of a complex, misguided figure was terrific.

The Cuba Gooding Jr. version of O.J. Simpson's trial was excellent, but reality can be more gripping than fiction. Ezra Edelman's exhaustive documentary was more than just the story of O.J., it was an examination of race in America and the corruptness of fame.

This delicate, loving film about family concluded with two devastating set pieces - one in a hospital and one by the ocean - and both were the most powerful scenes of the decade. A rare exception to the rule that patient, original storytelling can belong on Netflix.

How did this wondrous film ever get made? Thankfully studios are handing Paul Thomas Anderson blank cheques. Everything about this gothic romance was intoxicating - from Jonny Greenwood's masterful score, to Vicky Krieps somehow out-acting the greatest actor of his generation, to quotes like, "Don't pick a fight with me, you certainly won't come out alive" - Phantom Thread went beyond its director's best impression of Powell and Pressburger.

Haunting and hopeful, it was unfortunate Moonlight's big moment was soured by an envelope. Barry Jenkins, who also directed the poetic If Beale Street Could Talk, has as strong and clear a voice as any working director, and here made a tender meditation about the struggle to define self. The haunting, hopeful final scene was like a bullet to the heart, and its final shot of a lost Chiron staring out across the water - unforgettable.