The Hollywood producer Riza Aziz, stepson of the former Malaysian Prime Minister Najib Razak, has been arrested on suspicion of money laundering. 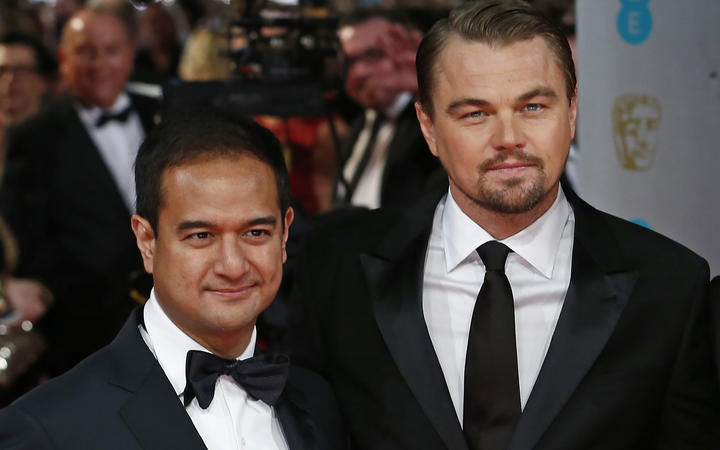 Mr Aziz, who produced The Wolf of Wall Street, starring Leonardo DiCaprio, was detained in Malaysia and bailed.

US prosecutors have accused Mr Aziz's production company of misappropriating money from a multi-billion dollar state fund to finance the film.

Mr Aziz's stepfather and mother have both been charged with corruption.

Mr Aziz will appear in court on Friday to face charges, said Latheefa Koya, the head of Malaysia's anti-corruption agency.

He has denied any wrongdoing. His production company, Red Granite, has already settled a civil lawsuit with the US government.

Mr Najib faces more than 40 charges and is accused of pocketing $US681 million ($NZ1.19 billion) from the state fund 1MDB, short for 1Malaysia Development Berhad. His wife Rosmah Mansor has been charged with money-laundering and tax evasion.

Both have pleaded not guilty.

Prosecutors have said the money was used to fund an exceptionally lavish lifestyle. Raids on properties linked to Mr Najib after he was toppled from power in May 2018 uncovered luxury goods worth millions of dollars.

Mr Aziz was also questioned last year over allegations of theft and money-laundering.

DiCaprio won a Golden Globe award for Best Actor for The Wolf of Wall Street and thanked Mr Aziz in his acceptance speech.

The US Justice Department has also accused Red Granite Pictures of using 1MDB funds to produce the films Dumb and Dumber To and Daddy's Home. The company denies any wrongdoing.

In May, about $US57 million was forfeited by the company and put into an account in Malaysia set up to recoup funds allegedly misappropriated from 1MDB.