Boeing will temporarily halt production of its troubled 737 Max airliner in January, the manufacturer said. 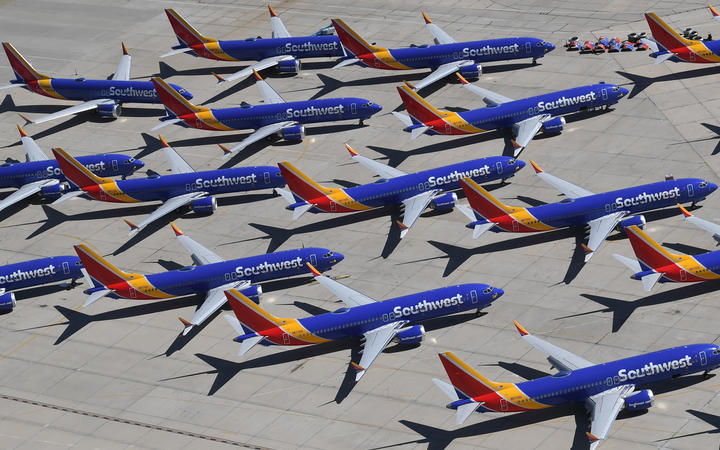 Boeing 737 Max aircraft were grounded in California in March this year. Photo: AFP

Production of the jet had continued despite the model being grounded for nine months after two deadly crashes.

More than 300 people died when two 737 Max aircraft crashed in Indonesia and Ethiopia after reported problems with a new feature.

The 737 is produced in Seattle, Washington. Boeing is one of the US's largest exporters.

Last week, the US Congress was told that regulators allowed the 737 Max to continue flying after the first crash in October last year, even though it knew there was a risk of further disasters.

Boeing shares fell more than 4 percent on Monday amid speculation the airline would announce a production suspension.

The manufacturer said in a statement that it had 400 of the 737 Max aircraft in storage. It said it planned for affected employees to "continue 737-related work, or be temporarily assigned to other teams".