A Boeing whistleblower has claimed that passengers on its 787 Dreamliner could be left without oxygen if the cabin were to suffer a sudden decompression. 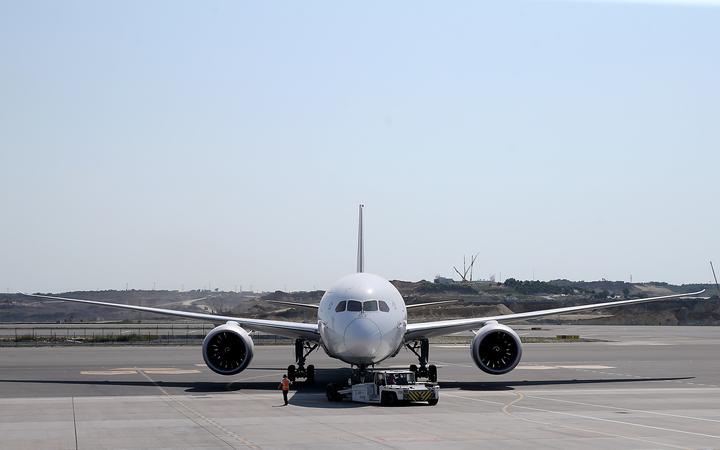 John Barnett said tests suggest up to a quarter of the oxygen systems could be faulty and might not work when needed.

He also claimed faulty parts were deliberately fitted to planes on the production line at one Boeing factory.

Boeing denies his accusations and said all its aircraft are built to the highest levels of safety and quality.

The firm has come under intense scrutiny in the wake of two catastrophic accidents involving another one of its planes, the 737 Max.

Mr Barnett, a former quality control engineer, worked for Boeing for 32 years, until his retirement on health grounds in March 2017.

From 2010 he was employed as a quality manager at Boeing's factory in North Charleston, South Carolina.

This plant is one of two that are involved in building the 787 Dreamliner, a state-of-the-art modern airliner used widely on long-haul routes around the world. Despite early teething problems following its entry into service the aircraft has proved a hit with airlines, and a useful source of profits for the company.

But according to Mr Barnett, 57, the rush to get new aircraft off the production line meant that the assembly process was rushed and safety was compromised. The company denies this and insists that "safety, quality and integrity are at the core of Boeing's values".

In 2016, he told the BBC, he uncovered problems with emergency oxygen systems. These are supposed to keep passengers and crew alive if the cabin pressurisation fails for any reason at altitude. Breathing masks are meant to drop down from the ceiling, which then supply oxygen from a gas cylinder.

Without such systems, the occupants of a plane would rapidly be incapacitated. At 35,000ft, (10,600m) they would be unconscious in less than a minute. At 40,000ft, it could happen within 20 seconds. Brain damage and even death could follow.

Although sudden decompression events are rare, they do happen. In April 2018, for example, a window blew out of a Southwest Airlines aircraft, after being hit by debris from a damaged engine. One passenger sitting beside the window suffered serious injuries and later died as a result - but others were able to draw on the emergency oxygen supplies and survived unharmed.

Mr Barnett said that when he was decommissioning systems which had suffered minor cosmetic damage, he found that some of the oxygen bottles were not discharging when they were meant to. He subsequently arranged for a controlled test to be carried out by Boeing's own research and development unit.

This test, which used oxygen systems that were "straight out of stock" and undamaged, was designed to mimic the way in which they would be deployed aboard an aircraft, using exactly the same electric current as a trigger. He said 300 systems were tested - and 75 of them did not deploy properly, a failure rate of 25 percent.

What does Boeing say?

Mr Barnett said his attempts to have the matter looked at further were stonewalled by Boeing managers. In 2017, he complained to the US regulator, the FAA, that no action had been taken to address the problem. The FAA, however, said it could not substantiate that claim, because Boeing had indicated it was working on the issue at the time.

It does concede that in 2017 it "identified some oxygen bottles received from the supplier that were not deploying properly. We removed those bottles from production so that no defective bottles were placed on airplanes, and we addressed the matter with our supplier".

But it also states that "every passenger oxygen system installed on our airplanes is tested multiple times before delivery to ensure it is functioning properly, and must pass those tests to remain on the airplane."

"The system is also tested at regular intervals once the airplane enters service," it says.

This is not the only allegation levelled at Boeing regarding the South Carolina plant, however. Mr Barnett also said that Boeing failed to follow its own procedures, intended to track parts through the assembly process, allowing a number of defective items to be "lost".

He claims that under-pressure workers even fitted sub-standard parts from scrap bins to aircraft on the production line, in at least one case with the knowledge of a senior manager. He said this was done to save time, because "Boeing South Carolina is strictly driven by schedule and cost".

On the matter of parts being lost, in early 2017 a review by the Federal Aviation Administration upheld Mr Barnett's concerns, establishing that the location of at least 53 "non-conforming" parts was unknown, and that they were considered lost. Boeing was ordered to take remedial action.

Since then, the company said, it has "fully resolved the FAA's findings with regard to part traceability, and implemented corrective actions to prevent recurrence". It has made no further comment about the possibility of non-conforming parts making it onto completed aircraft - although insiders at the North Charleston plant insist it could not happen.

Mr Barnett is currently taking legal action against Boeing, which he accuses of denigrating his character and hampering his career because of the issues he pointed out, ultimately leading to his retirement. The company's response is that he had long-standing plans to retire, and did so voluntarily. It says "Boeing has in no way negatively impacted Mr Barnett's ability to continue in whatever chosen profession he so wishes".

The company said it offers its employees a number of channels for raising concerns and complaints, and has rigorous processes in place to protect them and make sure the issues they draw attention to are considered. It said: "We encourage and expect our employees to raise concerns and when they do, we thoroughly investigate and fully resolve them."

But Mr Barnett is not the only Boeing employee to have raised concerns about Boeing's manufacturing processes. Earlier this year, for example, it emerged that following the Ethiopian Airlines 737 Max crash in March, four current or former employees contacted an FAA hotline to report potential issues.

Mr Barnett believes that the concerns he has highlighted reflect a corporate culture that is "all about speed, cost-cutting and bean count (jobs sold)". He claims managers are "not concerned about safety, just meeting schedule".

That's a view which has support from another former engineer, Adam Dickson, who was involved with the development of the 737 Max at Boeing's Renton factory in Washington state.

He told the BBC there was "a drive to keep the aeroplanes moving through the factory. There were often pressures to keep production levels up.

"My team constantly fought the factory on processes and quality. And our senior managers were no help." 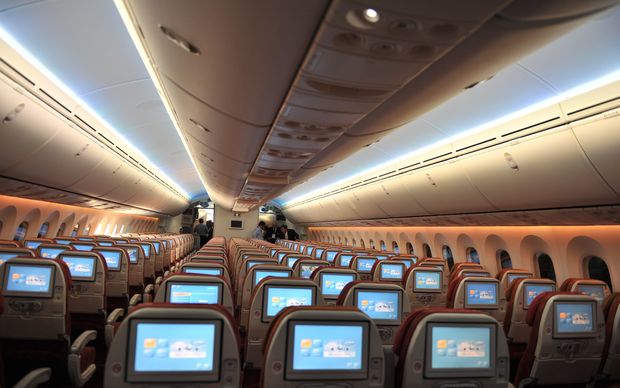 Inside a Boeing 787 Photo: AFP

In congressional hearings in October, Democratic congressman Albio Sires quoted from an email sent by a senior manager on the 737 Max production line.

In it, the manager complained about workers being "exhausted" from having to work at a very high pace for an extended period.

He said that schedule pressure was "creating a culture where employees are either deliberately or unconsciously circumventing established processes", adversely affecting quality.

For the first time in his life, the email's author said, he was hesitant about allowing his family aboard a Boeing aircraft.

Boeing said that together with the FAA, it implements a "rigorous inspection process" to ensure its aircraft are safe, and that all of them go through "multiple safety and test flights" as well as extensive inspections before they are allowed to leave the factory.

Boeing recently commissioned an independent review of its safety processes, which it said "found rigorous enforcement of, and compliance with, both the FAA's aircraft certification standards and Boeing's aircraft design and engineering requirements." It said that the review had "established that the design and development of the [737] Max was done in line with the procedures and processes that have consistently produced safe airplanes."

Nevertheless, as a result of that review, in late September the company announced a number of changes to its safety structures. They included the creation of a new "product and services safety organization".

It will be charged with reviewing all aspects of product safety "including investigating cases of undue pressure and anonymous product and safety concerns raised by employees".

Mr Barnett, meanwhile, remains deeply concerned about the safety of the aircraft he helped to build.

"Based on my years of experience and past history of plane accidents, I believe it's just a matter of time before something big happens with a 787," he says.