A global group of around 11,000 scientists have endorsed research that says the world is facing a climate emergency. 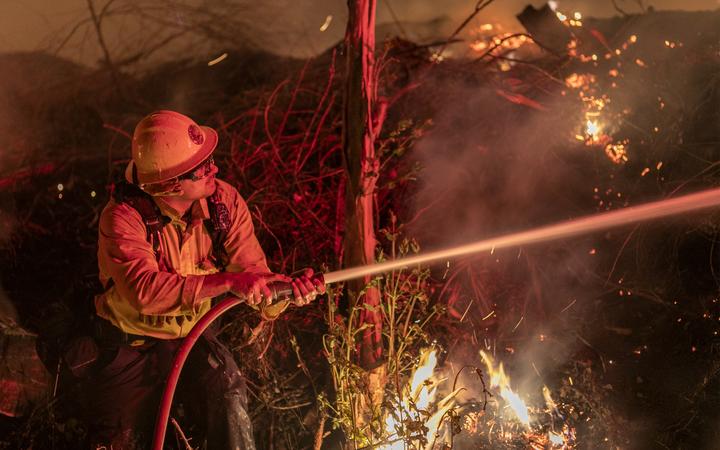 A firefighter at the Maria Fire, which exploded to 8000 acres on its first night, on 1 November 2019 near Somis, California. Photo: AFP / Getty

The study, based on 40 years of data on a range of measures, says governments are failing to address the crisis.

Without deep and lasting changes, the world is facing "untold human suffering" the study says.

The researchers say they have a moral obligation to warn of the scale of the threat.

Released on the day that satellite data shows that last month was the warmest October on record, the new study says that that simply measuring global surface temperatures is an inadequate way of capturing the real dangers of an overheating world.

So the authors include a range of data which they believe represents a "suite of graphical vital signs of climate change over the past 40 years".

These indicators include the growth of human and animal populations, per capita meat production, global tree cover loss, as well as fossil fuel consumption.

Some progress has been seen in some areas. For example, renewable energy has grown significantly, with consumption of wind and solar increasing 373% per decade - but it was still 28 times smaller than fossil fuel use in 2018.

Taken together, the researchers say most of their vital signs indicators are going in the wrong direction and add up to a climate emergency.

"An emergency means that if we do not act or respond to the impacts of climate change by reducing our carbon emissions, reducing our livestock production, reducing our land clearing and fossil fuel consumption, the impacts will likely be more severe than we've experienced to date," said lead author Dr Thomas Newsome, from the University of Sydney.

"That could mean there are areas on Earth that are not inhabitable by people." 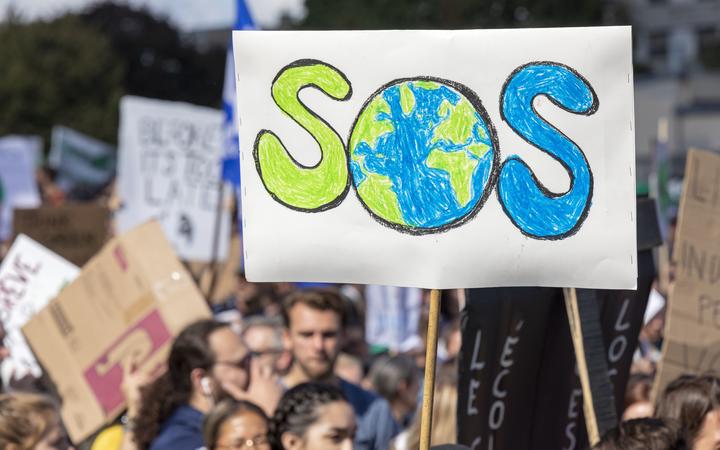 A climate protest in Montreal, Canada, in September. Photo: AFP

How does this differ from other reports on climate change?

The study echoes many of the warnings that have been reported by scientists including the IPCC. The authors set out to present a clear and simple graphical picture of a broader ranger of indicators that can drive home to the public and to governments that the threat is serious while the response has been poor.

Where it differs is in showing that while things might be bad, they are not hopeless. The researchers show six areas in which immediate steps should be taken that could make a major difference.

Energy: Politicians should impose carbon fees high enough to discourage the use of fossil fuels, they should end subsidies to fossil fuel companies and implement massive conservation practices while also replacing oil and gas with renewables.

Short-lived pollutants: These include methane, hydrofluorocarbons and soot - the researchers say that limiting these has the potential to cut the short-term warming trend by 50% over the next few decades.

Nature: Stop land clearing, restore forests, grasslands and mangroves which would all help to sequester CO2.

Economy: Convert the economy's reliance on carbon fuels - and change away from growing the world's gross domestic product and pursuing affluence.

Population: The world needs to stabilise the global population which is growing by around 200,000 a day. 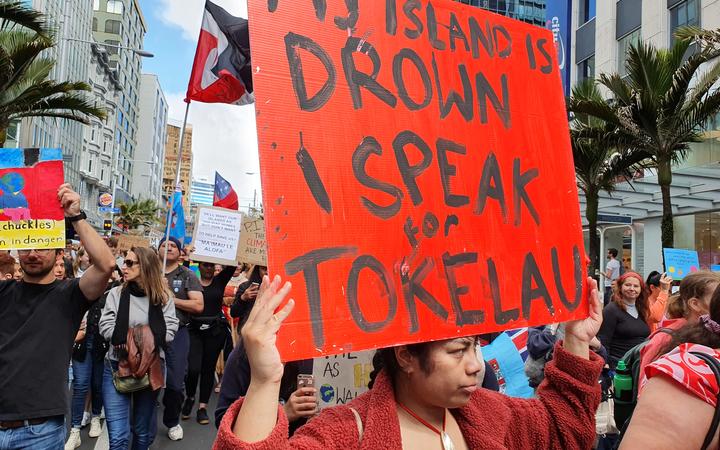 A Tokelaun woman brings her message to a climate rally in Auckland in September 2019. Photo: Christine Rovoi

Some 11,000 researchers of all types and varieties from 153 countries have endorsed the research

The authors say they didn't target individuals so there is a marked lack of some of the bigger names in climate change research.

All the details of who's signed the endorsement have been published online.

"We have rising emissions, rising temperatures, and we've known this for 40 years and we haven't acted - you don't need to be a rocket scientist to know we have a a problem," said Dr Newsome.

What do the authors want to happen now?

The researchers are fed up because multiple climate conferences and assemblies have failed to produce meaningful action. However they believe that the growing, global protest movement offers hope.

"As scientists, we urge widespread use of the vital signs and hope the graphical indicators will better allow policymakers and the public to understand the magnitude of the crisis, realign priorities and track progress."

What about human population growth?

The idea of trying to influence human population growth is highly controversial and has been deemed too hot to handle by UN negotiators. The authors say that looking the other way is no longer an option.

"It is certainly a controversial topic - but I think that population should be talked about when considering human impacts on the Earth," said Dr Newsome.

"It's important when presenting these results to look at some positives, and one of the more positive things that we've pulled out of this data is that there is now a slight decline in birth rates at a global level."