Oscar-winning British actor Helen Mirren has hit out against the "exponential rise in homelessness" as she prepared to sleep out in central London on Saturday (local time) as part of a global charity appeal to fight the scourge. 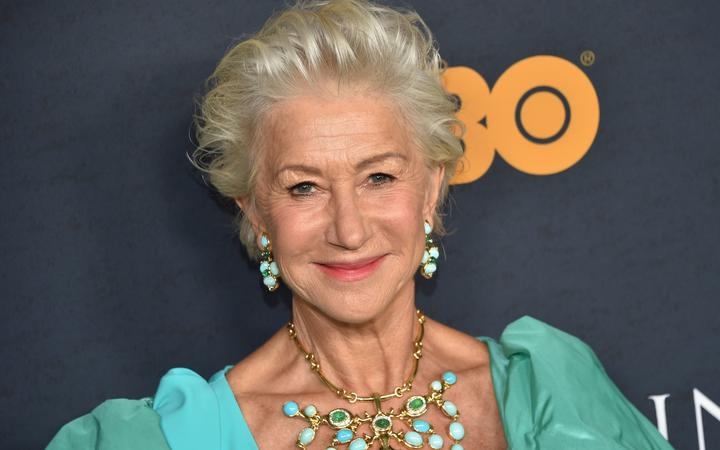 Helen Mirren says homelessness is not just a problem in London. Photo: AFP

Oscar-winning British actor Helen Mirren has hit out against the "exponential rise in homelessness" as she prepared to sleep out in central London on Saturday (local time) as part of a global charity appeal to fight the scourge.

Mirren joined Hollywood stars Will Smith and Brian Cox and an estimated 50,000 people in the 'World's Big Sleep Out' event, which takes place in more than 50 cities from New York to Delhi and raises funds for homeless causes.

"What's disturbing, profoundly, to me is the exponential rise in homelessness that I've noticed ... in every city in Los Angeles, in New York, in London," she told Reuters.

"The line between having a home and homelessness for many families is so thin," she said, before reading a 'bedtime story' to more than 2000 people assembled in bright orange sleeping bags in London's iconic Trafalgar Square.

Homelessness has been increasing in England for nearly a decade amid rising rents, a freeze on welfare benefits and a social housing shortage.

"There are thousands of people sleeping on our streets ... and tens of thousands of families - including 135,000 children - trapped in temporary accommodation," British homelessness charity Shelter head Polly Neate said, calling the crisis a "national emergency".

Most European countries have also seen a rise in homelessness in the past decade, fuelled by the fallout from the global financial crisis and an influx of international migrants.

"The problem is becoming much too big."

Mirren won the Academy Award for Best Actress in 2007 for her performance as Queen Elizabeth II in The Queen and has received several accolades during a career spanning five decades.

The global sleep-out event, which is organised by Scottish social enterprise Social Bite, among others, has been criticised by some as giving an unrealistic representation of homelessness.

"They need to sleep in a wet sleeping bag and get moved on by the police ... the way it really is," Andy Palfreyman, who has been homeless in London for 30 years, said.

He urged the public to interact with homeless people all year round - as opposed to only at Christmas - which he said was often more valuable than money.

"The best thing you can give anyone is some time, treat them as an equal, don't look down on them."

In Britain, the introduction of the Homelessness Reduction Act in 2018, which increased the obligations of local authorities, has prevented some 58,290 households from becoming homeless in the last year, according to the government.