More than $126,000 has been spent on one person's motel stay while they waited for public housing to become available.

The stay covered more than 600 nights - despite the fact emergency housing grants are only supposed to cover seven night stays.

The government now spends more than $3 billion per year on housing assistance - with more and more of that money being spent on motels.

Emergency housing grants, which cover short term accommodation, were introduced in July 2016 as a stop gap measure but are increasingly being used for longer stays as the housing crisis bites.

There are 1899 households in private motels, with 381 of those in motels for more than three months at a cost of $1500 each a week.

Figures show it's big business for some motels, with five providers alone receiving $20m in the last three years to provide shelter for the homeless.

The top earner is an Auckland motelier, Auckland Astro Residences - it's been paid $6.1 million.

Salvation Army spokeswoman Lynette Hutson said while motel accommodation was a good temporary measure, it had become much more than that.

"The government has stepped up and are responding, but it's just shifted the problem from having been homeless and living in cars, couchsurfing, a whole range of homeless options, to being in motel units, which is really no solution at all," she said.

"People still don't have a home - it's at least a roof over their heads and off the street but we're still faced with this terrible shortage of housing." 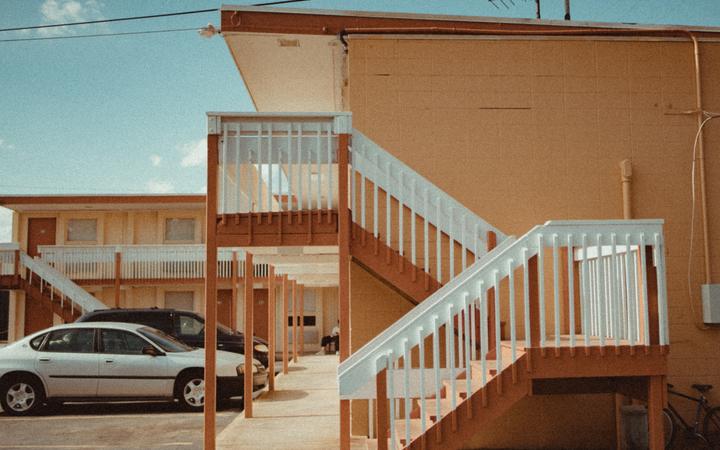 Motel stays are typically granted for seven nights at a time - but in one case a person was put up for 615 nights at a total cost of $126,709.

Ms Paraha said she had been helping one elderly man who had been staying in motels for more than a year.

A Treasury briefing to the incoming Housing Minister Megan Woods warned increasing accommodation costs disadvantaged young people and those on lower incomes who were less likely to own a home.

Kayla Edwards, 18, is among those struggling with housing - she's pregnant and has a one-year-old son.

Her family had been forced to get government help to stay in several motels over the past few months because they had nowhere else to go.

"I hated it," she said. "It was just so stressful it got to the point where I kept ending up in hospital multiple times - three or four times a month I was going in and out of hospital and I got told it was because I was stressing out.

"My anxiety attacks and everything has just gotten really bad for me and now I got referred to the maternal mental health, and it sucks because I've been told that I have to be put on pills."

In a statement, Minister for Public Housing, Kris Faafoi, said the government had allocated just under half a billion dollars in this year's Budget to address homelessness.

He said the government was considering more options for suitable accommodation for those in most need, as it recognised there was more to be done.