Authorities have declared a State of Fire Emergency across more than half the state's local government areas in Queensland, with dangerous conditions expected to continue into next week. 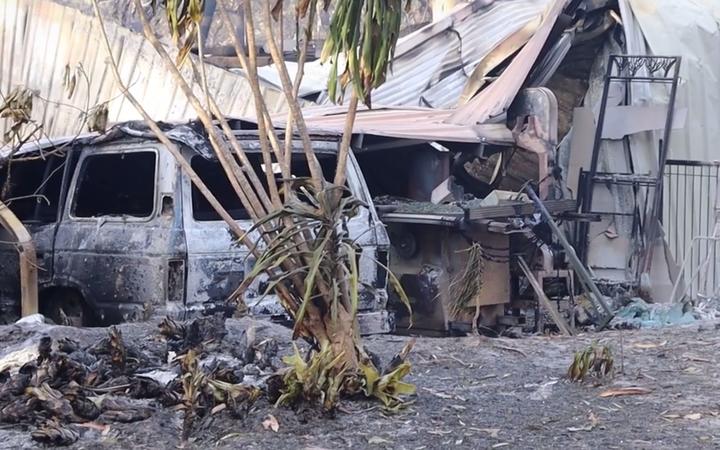 A burnt-out vehicle and other property damage after fire tore through Cooroibah near Noosa on the Sunshine Coast. Photo: Facebook / Noosa Council

The declaration prohibits the lighting of all types of outdoor fires and bans certain activities that can cause fires to ignite.

The emergency is happening alongside devastating bushfires that raged through New South Wales on Friday and yesterday, destroying more than 150 homes and killing three people. As with Queensland, there are fears more high-risk weather will affect the state early next week escalating the fire danger.

Mr Nole's body was found in a car at the Kangawalla fire ground, near Glen Innes, in the state's north.

The third fire victim, 69-year-old Vivian Chaplain, had been trying to protect her home at Wytaliba.

It is understood the grandmother of six died in hospital yesterday after being found with severe burns.

The NSW Rural Fire Service said the number of victims could rise.

Queensland Fire and Emergency Services (QFES) acting commissioner Mike Wassing said fire crews were battling multiple blazes in the state and all possible steps had to be taken to prevent further fires igniting.

"We're experiencing tinder box-like conditions across much of the state and all it takes is one spark to start a fire that may burn for days," Mr Wassing said.

"This declaration is vital to prevent bushfires breaking out and posing a danger to lives and property."

Emergency fire warnings are in place for Cooroibah on the Sunshine Coast and Cobraball, west of Yeppoon. 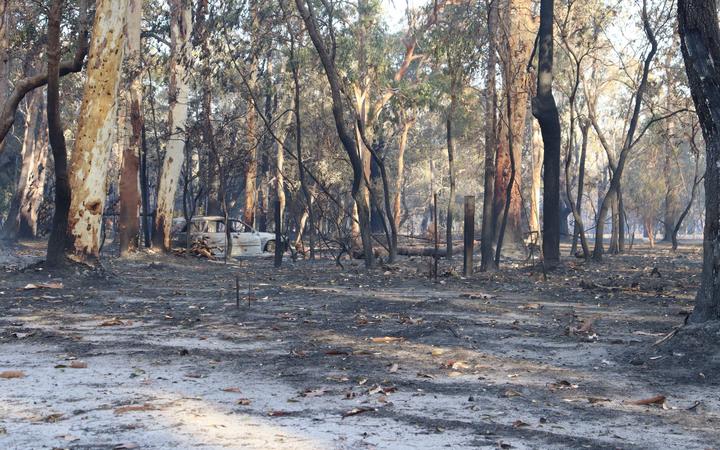 A burnt-out car is visible after fire raced through a forest in Cooroibah on the Sunshine Coast. Photo: Facebook / Noosa Council

Meanwhile, thousands of residents who evacuated Tewantin near the Sunshine Coast have been allowed to return to their homes but many others were forced to spend the night elsewhere.

Police said residents of Cooroibah, Ringtail Creek, Noosa North Shore and Noosa Banks should stay away because of the ongoing bushfire threat.

Over the past 48 hours, almost 5000 homes have been evacuated, with one home destroyed.

"Most people just want to go back home to see what's actually happening. That's making them very anxious. That's what they're telling us," he said. 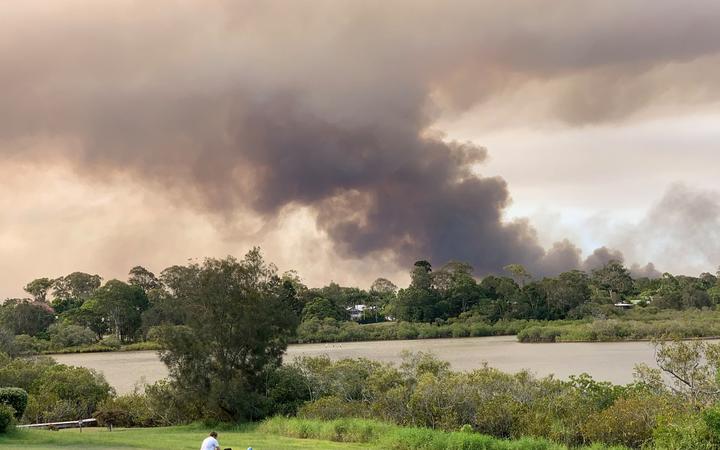 In the wake of the overnight fires in Teewah, there is a large controlled-burn currently taking place near Noosa North Shore. Photo: Facebook / Noosa Council

A Sunshine Coast man who "lost everything" in the Cooroibah blaze says the fire threat came quickly and without warning.

Brian Williams, 61, said his shed and several cars on his block on Lake Cooroibah Road were destroyed in the fire on Friday.

"It came so fast. There was no warning. There were no police or fire engines, there was no nothing. That is how fast it was," Mr Williams said.

The electrician was heading to a job at Mooloolaba around lunchtime when he realised his home was under threat.

His 18-year-old son, Beau, was studying at home for year 12 exams when he called his father.

Mr Williams told his son to wet around as much of the property as he could.

"He couldn't get the fire pump going, it was all panic," he said.

"He said, 'listen, I have to go', and as he is going trees were exploding around him and embers were flying over and kangaroos were running alongside him." 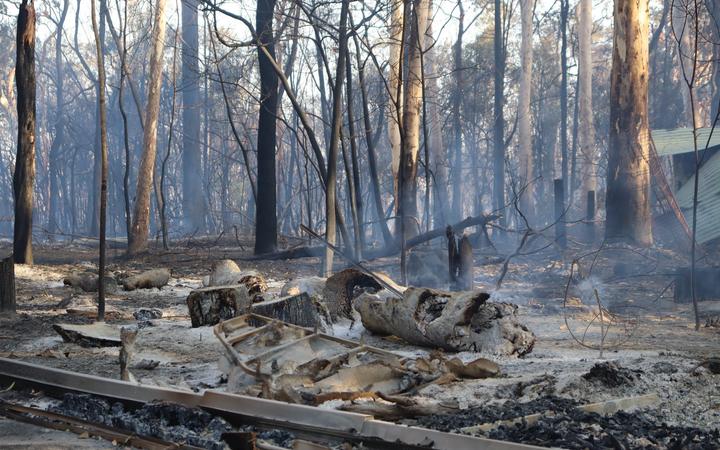 The fire came through some areas so quickly there was no warning, one resident says. Photo: Facebook / Noosa Council

Mr Williams was driving back to defend the property when he found his son at the lake.

"He appeared out of this black smoke, exhausted and consumed with smoke, but he survived."

He left his son in the car while he made a final attempt to make it back to save his belongings, but the smoke was too intense.

"I was getting consumed like you can't breathe. My eyes were watering, I couldn't see it was so dark, it was like running into the dark so I said, 'No, what am I doing? This is a stupid idea'.

"So I ran back and joined him in the vehicle, which was a good thing because we just got out there and the fire whipped through."