Authorities in India and Bangladesh have ordered the evacuation of nearly half a million people as Cyclone Bulbul makes its way over the Bay of Bengal. 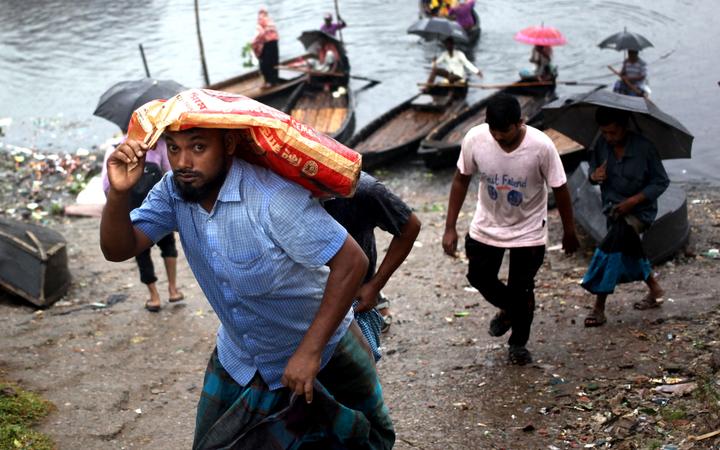 People head for shelter as cyclone Bulbul moves towards the capital, Dhaka, in Bangladesh. Photo: AFP

The storm has begun making landfall near Sagar Island in Indian West Bengal, and is expected to unleash surges as high as two metres.

Two people have already been killed by the cyclone, local media report.

Along with evacuations, there have also been a number of sea ports and airports closed in the region.

More than 3000 shelters in 13 coastal districts have been opened and have enough room for some 1.8 million people, said Enamur Rahman, junior minister for disaster management and relief.

"We have taken all precautionary measures to tackle the situation and to keep property and human losses at minimum levels," he told Reuters on Saturday. 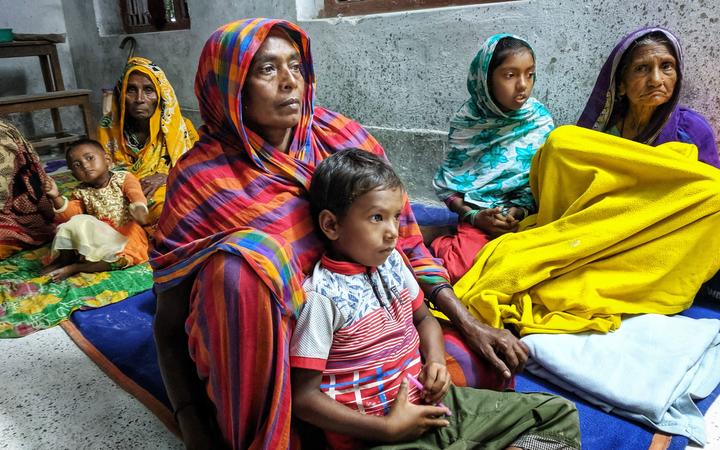 Coastal people in a cyclone shelter centre as they await cyclone Bulbul near the Shundorban area in Bangladesh. Photo: AFP

Forecasters expect the storm to move north and weaken gradually.

It is set to reach wind speeds of up to 120km/h, with gusts of 150km/h, and create tidal surges in the sea and rivers when it hits the coastal regions, says the Bangladesh Meteorological Department.

Along its predicted path is the Sundarbans, the world's largest mangrove forest and home to the endangered Bengal tigers.

More than 60,000 people were moved away from the north-eastern coast of India, while the Bangladeshi government said it had evacuated 400,000.

But the closure of transport hubs has left thousands of other people stranded on islands off the coast, including St Martin's Island in Bangladesh.

Indian authorities said military ships and planes have been put on standby to assist with emergencies.

Bangladesh's low-lying coast is often hit by deadly cyclones, but the country has successfully reduced the number of casualties in recent years.

In India, the eastern states of West Bengal and Odisha have received heavy rainfall since early Saturday and both the states' coasts could get very heavy rainfall during the next 24 hours, the India Meteorological Department said. 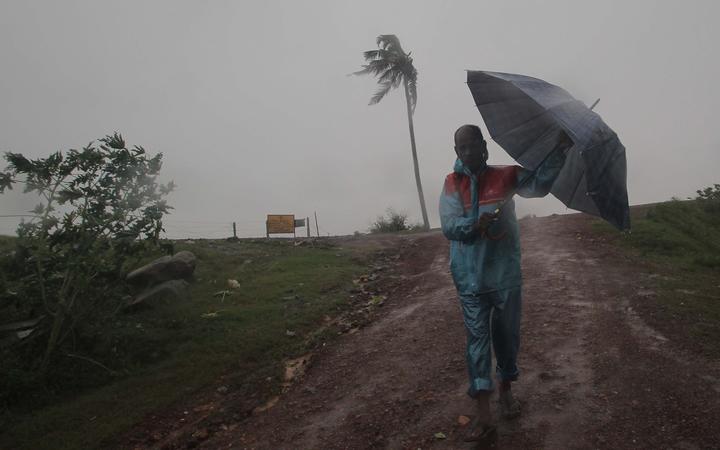 Heavy rainfall has hit the eastern Indian state of Odisha, with thousands of people evacuated to shelters. Photo: AFP

In Odisha, hundreds of trees were uprooted due to the high winds and thousands of people living in low-lying areas have been evacuated to shelters, the state government said on Twitter.