Easing conditions have given New South Wales' exhausted firefighters some respite overnight but emergency services are bracing themselves for more high-risk weather next week. 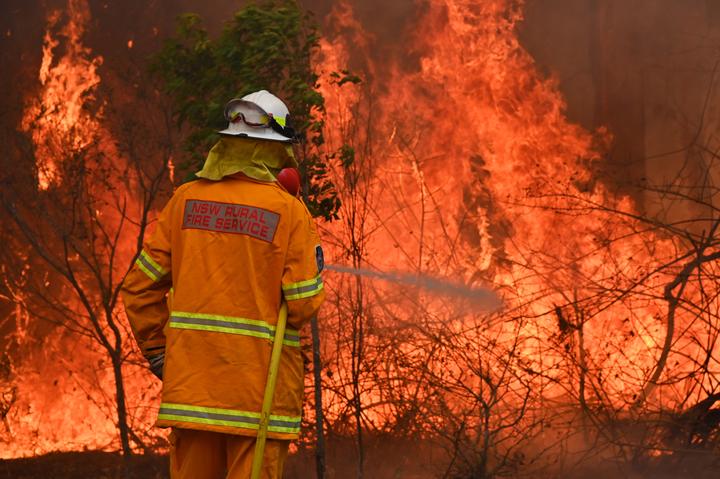 Firefighters tackle a bushfire to save a home in Taree, 350km north of Sydney. Photo: AFP

After devastating bushfires raged through New South Wales on Friday and yesterday, destroying more than 150 homes and killing three people, Tuesday's looming hot and windy conditions are a grave cause for concern.

NSW Rural Fire Service commissioner Shane Fitzsimmons said firefighters were still dealing with "a very volatile, very dangerous and dynamic fireground", although yesterday's emergency-level fires had been downgraded from five to one by the late evening.

He said efforts would now be put towards containing fires ahead of worsening conditions on Tuesday, with temperatures set to hit the mid-30s.

"Our real focus is just dealing with these [existing] fires right now, taking advantage as much as we can over the coming days to try and consolidate these fires, because we have got a return to worsening conditions as we head into early next week and particularly Tuesday," he said.

Commissioner Fitzsimmons said as of Saturday evening there were 79 fires burning across the state, 45 of which were not contained and 17 were at watch and act level.

The remaining fire at emergency level was the Hillville Road fire, south of Taree, following the peak of 17 blazes at emergency on Friday.

Authorities confirmed three people had been killed following the outbreak of numerous bushfires late in the week.

Vivian Chaplain, 69, died while protecting her home at Wytaliba, north-west of Coffs Harbour. A body was also found in a vehicle near Kangawalla, near of Glen Innes, and another in a burnt-out building at Johns River, north of Taree.

Five people remained unaccounted for as of Saturday night.

NSW Premier Gladys Berejiklian has extended her gratitude to all the emergency workers and NSW firefighters, and said warnings about the severity of this bushfire season had "unfortunately … come to fruition".

She said "we are bracing ourselves for what might happen on Tuesday," and had appointed a recovery co-ordinator, Euan Ferguson, to oversee work across the state.

"I want to make sure the plans are in place to start the recovery effort as soon as possible," she said.

Ash spreads across Tasman to NZ

The fires are so intense and widespread that ash from them has been landing in New Zealand.

MetService says a north-west flow is carrying large plumes of smoke more than 2000 kilometres across the Tasman to this country. 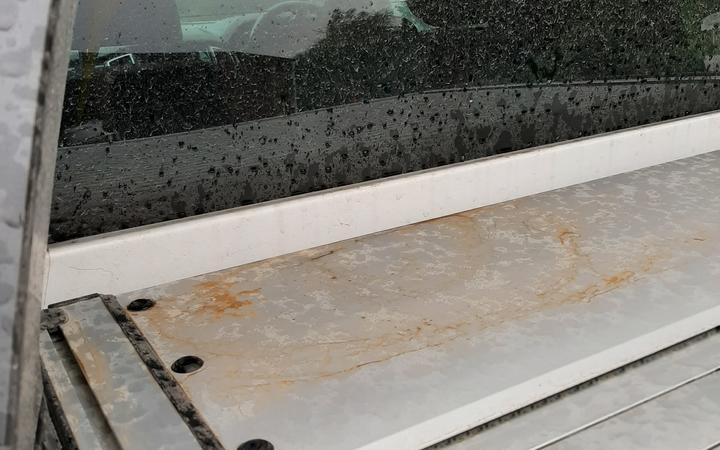 Orange dust from the fires settles on a car in Hawea. Photo: Supplied / Mark Morrison

Mark Morrison, who lives at Hawea near Wanaka, said there's been a smell of smoke since this morning, and a fine ash has been falling.

"It's just a fine layer, so when you look on white surfaces and in the car, the car is where it shows it up the most ... kind of like a pollen is in the spring time off pine trees which is bright yellow, but this is a really ochre red." 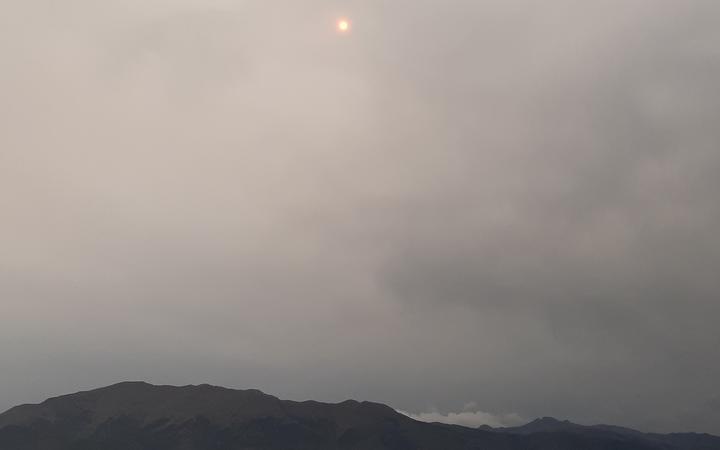 Three fires remain at emergency warning level in NSW, at the height of the chaos yesterday, 17 blazes were given that status.

The Rural Fire Service confirmed that a woman died in hospital after she was found with severe burns near Glen Innes.

Another women who died while protecting her home at Wytaliba, north west of Coffs Harbour has been identified as Vivian Chaplain, 69.

Elsewhere, NSW Police said a body was found in a burnt-out building at Johns River, north of Taree this afternoon on the state's mid-north coast.

The five people unaccounted for are in the Glen Innes area, but that number is expected to increase.

The Rural Fire Service also confirmed that more than 30 people had been injured in the blazes.

Prime Minister Scott Morrison said the Australian Defence Force would provide support to firefighters where required and financial assistance would be made available to people affected by the fires.

Peter Simpson told ABC News said he had saved his home and was thankful to be safe.

"Every second house is gone … The village is gone. And surrounding houses, that I guarantee, most of Nymboida will be displaced because they're going to have nowhere to live.

"I'm really sorry for every person in the area that's lost out … My heart bleeds for them. There's nothing that the firies could have done."

At 4.30pm, there are 81 fires burning across NSW with 36 uncontained. 4 fires remain at Emergency Warning and a further 16 at Watch and Act. There is plenty of hard work for fire crews in the days ahead, make sure you know what you will do if fire threatens. #nswrfs #nswfires pic.twitter.com/JsPyHlLtVA

There are 81 fires burning across the state, with 36 uncontained.

There are about 1000 firefighters on the ground with 300 support staff.

Fire and Emergency New Zealand said it has sent six personnel to help battle the New South Wales fires. A spokesperson, Paul Turner, said they are in supervisor and adviser roles, and one is a liaison officer.

Meanwhile the bushfire emergency continues across the state border in south-eastern Queensland, with one fire currently at emergency level at Cooroibah in the Noosa region.

There were 400 homes and 2500 people evacuated overnight and a firefighter is in hospital with a broken leg from fighting the blaze.