A recalled US ambassador at the centre of the Trump impeachment inquiry said she felt threatened by a cryptic remark the president made about her on a call. 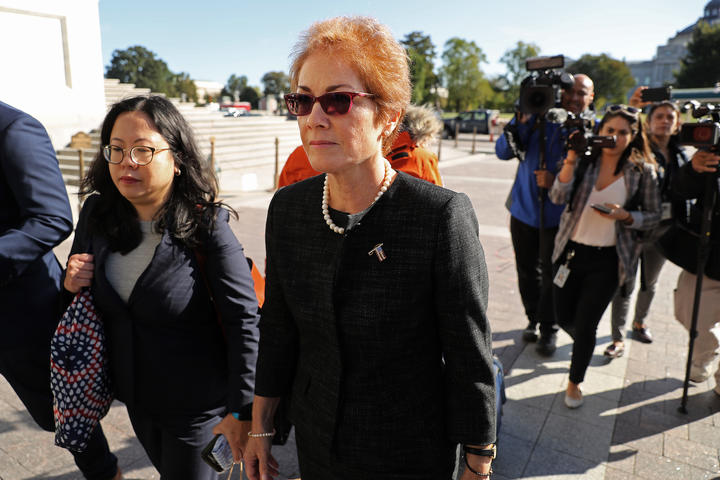 Ex-envoy to Ukraine Marie Yovanovitch told Congress she was "very concerned" by President Donald Trump's comment in the phone call with Ukraine's leader.

Democrats have just released the first transcripts from closed-door testimony.

The Republican president is accused of trying to pressure Ukraine into investigating unsubstantiated corruption claims against his US political rival, Joe Biden, and his son, Hunter Biden, who worked with a Ukrainian gas company.

During the 25 July call with President Volodymyr Zelensky - a rough transcript of which has been released by the White House - the US president also described Ms Yovanovitch as "bad news". 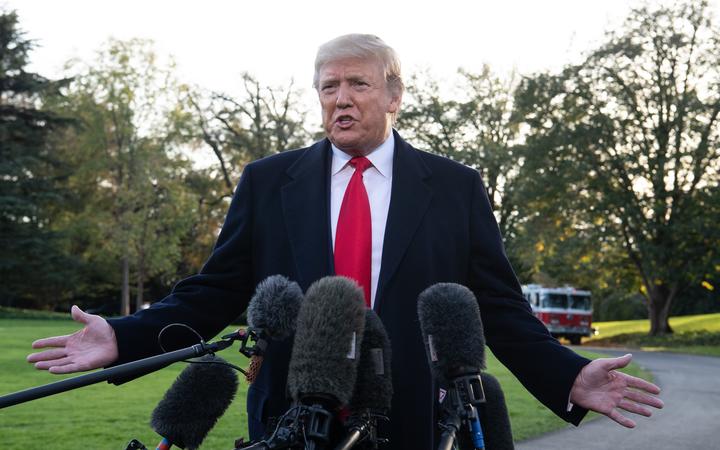 US President Donald Trump speaks to the press before departing the White House in Washington, DC, on 4 November. Photo: NICHOLAS KAMM / AFP

That call triggered the current congressional impeachment investigation that could seek to remove Mr Trump from office for alleged abuses of power.

How did Ms Yovanovitch react to the call?

In her testimony from 11 October released on Monday, she said she had been "shocked" by what the president said.

"I didn't know what it meant," Ms Yovanovitch said. "I was very concerned. I still am."

The career diplomat said that when she sought advice from the US Ambassador to the EU - Gordon Sondland, a Trump donor - he suggested Ms Yovanovitch tweet praise of the president.

"You need to go big or go home," Mr Sondland allegedly told her. Ms Yovanovitch testified that she did not think she could follow the advice.

Ms Yovanovitch added that Mr Trump's personal lawyer Rudy Giuliani had begun efforts to discredit her in late 2018 as he effectively ran a shadow foreign policy on Ukraine. 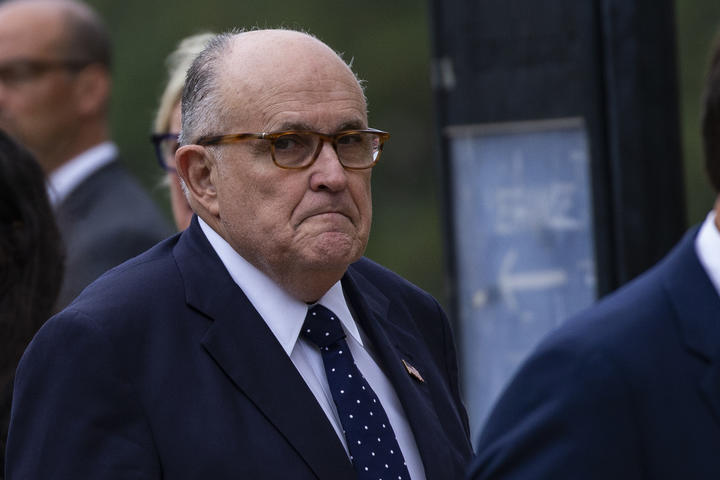 Mr Giuliani wanted to investigate Mr Biden and his son in order to find information "that could be possibly damaging to a Presidential run", the diplomat testified.

Mr Giuliani also enlisted Ukraine's chief prosecutor, Yuriy Lutsenko, to spread "falsehoods" about her in order to "hurt" her "in the US", according to Ms Yovanovitch.

Ms Yovanovitch said she had been warned by Ukraine's justice minister that "I really needed to watch my back". Ms Yovanovitch left Ukraine in May, months ahead of her scheduled departure.

She told US lawmakers that her boss rang her in April to say she must return to the US immediately.

"She said it was for my security, that this was for my well-being, people were concerned," Ms Yovanovitch told Congress.

During her testimony she also recalled how Mr Giuliani had sought to secure a US tourist visa for another former Ukrainian chief prosecutor, Viktor Shokin - who had been refused such a visa by the state department on the basis of "known corrupt activities".

Mr Shokin is the official whom Joe Biden, as well as representatives of other Western governments, attempted to have fired for alleged corruption.

Republicans baselessly argue that Mr Biden called for his firing because of Mr Shokin's decision to investigate Burisma, a Ukrainian energy firm for which Mr Biden Jr worked.

It's unclear why Mr Giuliani pressed for Mr Shokin's visa to be granted.

What other documents have been released?

On Monday the House Intelligence Committee also released the transcript from last month's testimony by a former top adviser to US Secretary of State Mike Pompeo.

Michael McKinley told the inquiry that he had recommended a statement of support for Ms Yovanovitch after Mr Trump's call became public. But he says he was told Mr Pompeo had decided "better not to... at this time". 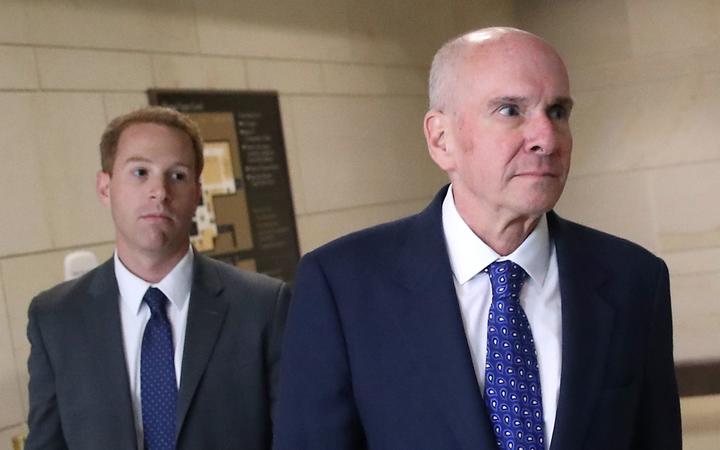 Mr McKinley resigned from his post days before his congressional testimony last month.

He told the lawmakers that he had stepped down over his concerns about "the engagement of our missions to procure negative political information for domestic purposes".

"The timing of my resignation was the result of two overriding concerns: the failure, in my view, of the state department to offer support to foreign service employees caught up in the impeachment inquiry; and, second, by what appears to be the utilisation of our ambassadors overseas to advance domestic political objectives," he added, according to the transcript.

BBC's US correspondent Anthony Zurcher in Washington DC said the two transcripts provided new depth and detail to the concerns harboured by top-level US diplomats in Washington and Kiev about the White House's back-channel pressure on the Ukrainian government.

Also on Monday, four US officials who were called to testify to Congress failed to show up as requested.