The US House of Representatives has passed a resolution to formally proceed with the impeachment inquiry against President Donald Trump. 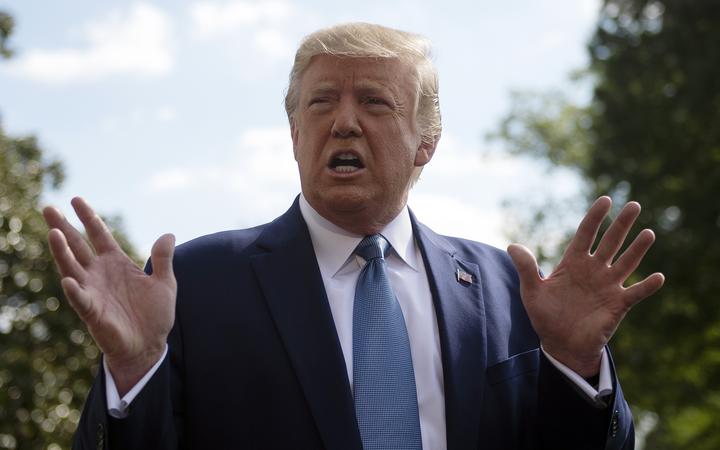 The measure detailed how the inquiry will move into a more public phase and was not a vote on whether to impeach the president.

The vote was the first formal test of support for impeachment in the Democratic-controlled house.

Only two Democrats - representing districts that Mr Trump won handily in 2016 - voted against the resolution, along with all Republicans, for a total count of 232 in favour and 196 against.

The White House condemned the vote, which passed along party lines.

The resolution also sets out the rights Mr Trump's lawyers would have.

"It's a sad day. No one comes to Congress to impeach a president," House Speaker Nancy Pelosi said before the vote.

After the vote, the White House Press Secretary said in a statement: "Speaker Pelosi and the Democrats have done nothing more than enshrine unacceptable violations of due process into House rules.

Also on Thursday, another White House official began testifying and was expected to corroborate earlier statements about conditions placed to the release of US military aid to Ukraine.

Republicans have criticised Democrats for the closed hearings up to this point, in which Republican lawmakers have also taken part. But Democrats insist they were needed to gather evidence ahead of the public stage of the inquiry, and deny allegations they have been secretive.

The vote moves the inquiry into a new phase, which could eventually see articles of impeachment recommended against Mr Trump. If that happened, and the House voted to pass the articles, a trial would be held in the Senate. 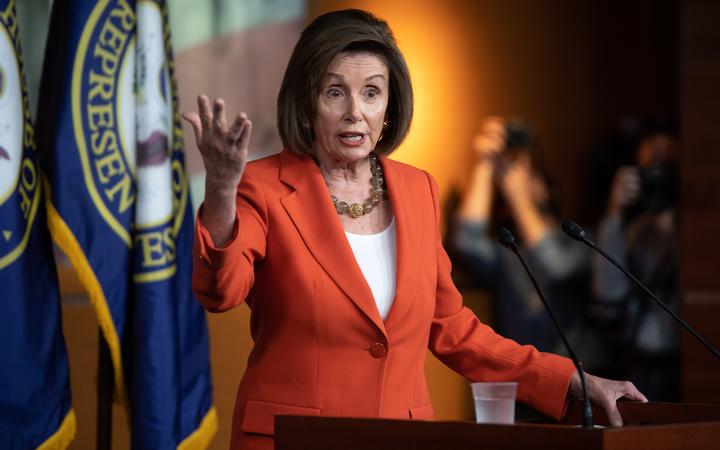 What does the resolution say?

Earlier this week, Democrats in the House released an eight-page document setting out the two-stage process for the next phase of the inquiry.

In the first stage, the House Intelligence Committee will continue its investigations and hold public hearings. It will have the right to make public transcripts of depositions taken in private.

In the second stage, a public report on the findings will be sent to the House Judiciary Committee which would conduct its own proceedings and report on "such resolutions, articles of impeachment, or other recommendations as it deems proper".

President Trump's lawyers will be allowed to take part in the Judiciary Committee stage. Republicans on the committees will be able to subpoena documents or witnesses although they could still be blocked as both committees are controlled by Democrats.

Democrats are planning public hearings to be held in coming weeks and are considering the possibility of drafting articles of impeachment against the president.

What's behind the impeachment inquiry?

At the heart of the impeachment inquiry, which was announced by House Speaker Nancy Pelosi last month, is a phone call on 25 July between Mr Trump and Ukrainian President Volodymyr Zelensky.

A rough transcript of the call shows Mr Trump asking for an investigation into the Bidens. Joe Biden is a frontrunner in the race for the Democratic nomination ahead of next year's presidential election.

The call was the subject of a complaint by a whistleblower, whose identity has been closely protected by lawmakers. On Wednesday, a conservative author named a CIA officer as the whistleblower.

Tim Morrison, who served as top adviser on Russia and Europe at the National Security Council, is testifying before lawmakers.

He was one of the officials authorised to listen in on Mr Trump's call with the president of Ukraine, and resigned from his position on Wednesday.

Mr Morrison is due to provide a first-hand account of conversations with Ukrainian officials about the president's alleged demands tying military aid to investigation into the Bidens.

This would confirm prior testimony by Bill Taylor, the top US diplomat in Ukraine.

Meanwhile, House investigators invited former US National Security Adviser John Bolton to testify on 7 November. His lawyer, Charles Cooper, told US media his client was not willing to appear voluntarily but that he was ready to accept a subpoena - or legal summons to compel testimony - on Mr Bolton's behalf.

US media say Mr Bolton was alarmed by a back-channel operation in Ukraine carried out by President Trump's private lawyer, Rudy Giuliani, who acknowledged last month having asked Ukraine to investigate Mr Biden.