The White House has released details of a phone call between President Trump and his Ukrainian counterpart that has triggered a US impeachment inquiry.

Donald Trump promised the release of a transcript of the call, but details disclosed by the White House were notes of the conversation. Photo: AFP

Mr Trump denies withholding US military aid to Ukraine as leverage in a bid to smear his political rival, Mr Biden.

The Trump-Ukraine phone call is part of a whistleblower's complaint.

Reacting to the controversy on Wednesday morning at the United Nations General Assembly in New York City, Mr Trump said it was the "single greatest witch hunt in American history".

"The way you had that built up that call, it was going to be the call from hell," Mr Trump said. "It turned out to be a nothing call."

The Democratic leader of the House of Representatives, Speaker Nancy Pelosi, on Tuesday threw her weight behind an official impeachment inquiry into the president's actions. 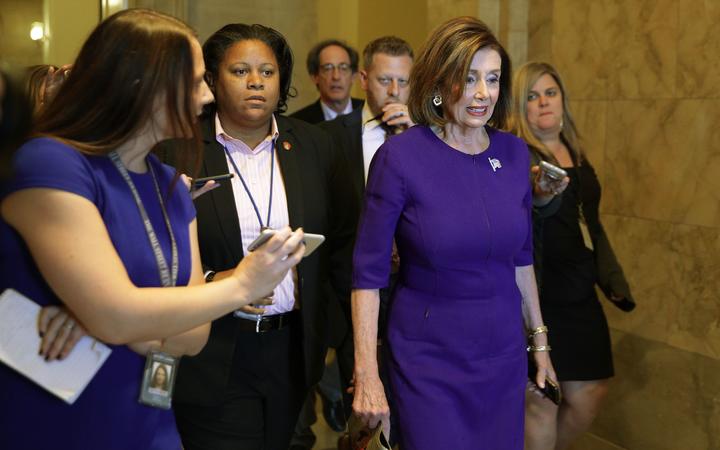 A House vote to impeach the president for "high crimes and misdemeanours" under the US constitution could trigger a trial in the Senate on whether to remove Mr Trump from office.

Mr Trump had promised that a "complete, fully declassified and unredacted transcript" of the 25 July call would be released.

But the details disclosed by the White House on Wednesday morning were notes of the conversation taken by US officials who listened in.

The July call occurred days after Mr Trump directed the US government to withhold about $US391m in military aid to Ukraine.

But there is no discussion of that money in the memorandum released by the White House. 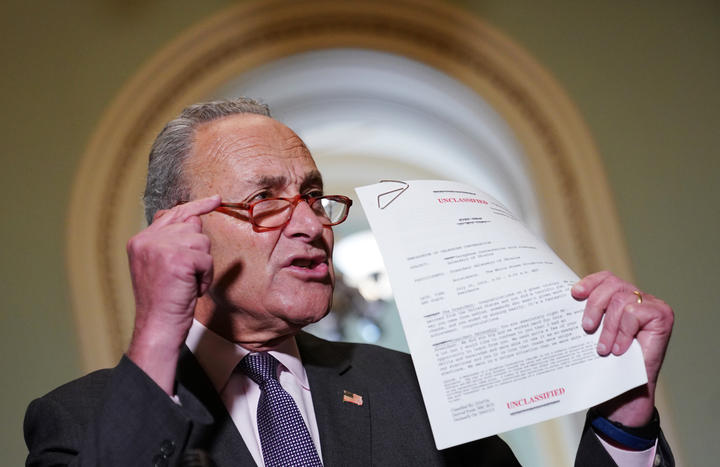 According to the notes, Mr Trump mentions to Mr Zelensky how Joe Biden, as US vice-president, lobbied Ukraine in 2016 to fire its top prosecutor, Viktor Shokin.

Mr Shokin's office had opened an investigation into Burisma, a natural gas company on which Hunter Biden was a board member.

Other Western officials had called for Mr Shokin to be fired because of the perception that he was soft on corruption.

Mr Trump is quoted as saying in the call: "I heard you had a prosecutor who was very good and he was shut down and that's really unfair.

"A lot of people are talking about that, the way they shut your very good prosecutor down and you had some very bad people involved."

He continues: "The other thing, there's a lot of talk about Biden's son, that Biden stopped the prosecution and a lot of people want to find out about that so whatever you can do with the [US] Attorney General would be great.

"Biden went around bragging that he stopped the prosecution so if you can look into it... It sounds horrible to me."

How the controversy unfolded

Mr Zelensky says in response: "We will take care of that and we will work on the investigation of the case.

"On top of that, I would kindly ask you if you have any additional information you can provide us, it would be very helpful."

Thanking Mr Trump, Mr Zelensky said he stayed in the Trump Tower in New York City during his previous visit to the US.

During the call, the US president also asked Mr Zelensky to work with US Attorney General William Barr and Mr Trump's personal lawyer, Rudolph Giuliani, to look into the matter, according to the notes.

The controversy arose after a whistleblower from within the US intelligence community filed a complaint with an internal watchdog about Mr Trump's conversation with Mr Zelenskiy.

The inspector general for the intelligence community referred the whistleblower's complaint to the US Department of Justice.

Federal law requires such complaints to be disclosed to Congress, but the Trump administration has refused to do so.

The US Department of Justice said the whistleblower had heard the information from "White House officials," and did not have firsthand knowledge of the call.

The department's spokeswoman, Kerri Kupec, said it had reviewed a record of the phone call, and determined "there was no campaign finance violation and that no further action was required".

Mr Trump "has not spoken with the Attorney General about having Ukraine investigate anything relating to former Vice-President Joe Biden or his son", Ms Kupec said in a statement.

"The Attorney General has not communicated with Ukraine - on this or any other subject."