The Democratic Party is planning to hold an inquiry into whether President Donald Trump should be impeached over his contacts with Ukraine about the former vice-president, Joe Biden. 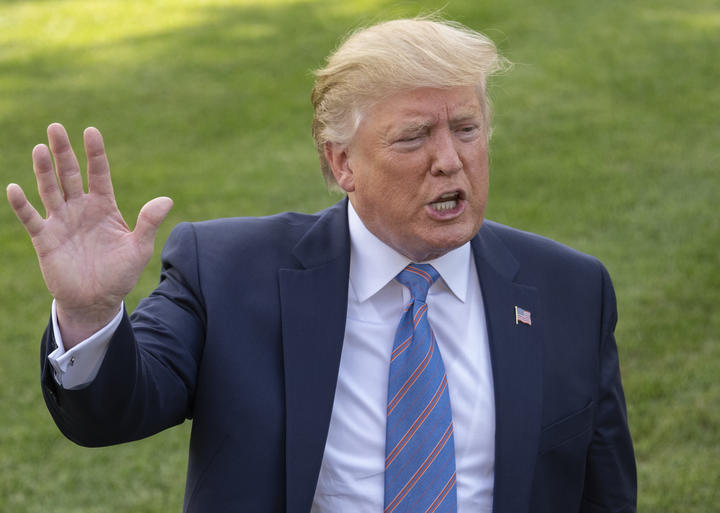 Donald Trump speaking to media prior to departing the White House for a weekend trip to the Trump National Golf Club in New Jersey in August 2019. Photo: AFP

There were some calls for his impeachment during the years-long Russia inquiry, but this time House Speaker Nancy Pelosi has gone further and set up a group to look into it.

Legal scholars suggest presidents cannot be prosecuted while in office, so the only way he could be removed from the job would be by impeachment.

But just how does that happen? And exactly who has been impeached in the past? The answer may surprise you...

What is impeachment anyway?

In this context, to "impeach" means to bring charges in Congress which will form the basis for a trial.

The US constitution states a president "shall be removed from office on impeachment for, and conviction of, treason, bribery, or other high crimes or misdemeanours".

The process of impeachment has to be started by the House of Representatives and only needs a simple majority to pass. The trial will be held in the Senate.

But here, a two-thirds vote is necessary for removal - and this milestone has never been reached in America's history.

How the impeachment process works

Who has actually been impeached?

Despite it being threatened on numerous occasions, only two presidents have ever actually been impeached.

Most recently, Bill Clinton - the 42nd president of the United States - found himself impeached on the grounds of perjury in front of a grand jury and obstruction of justice, after he lied about the nature of his affair with Monica Lewinsky and then allegedly asked her to lie about it as well.

The House voted 228 to 206 in favour of impeaching President Clinton for the first charge, and 221 to 212 on the second.

It should be noted that, at the time in December 1998, Mr Clinton's approval rating as president was at 72 percent.

However, when the trial reached the Senate in 1999, it failed to get close to the two-thirds backing needed in order to pass. 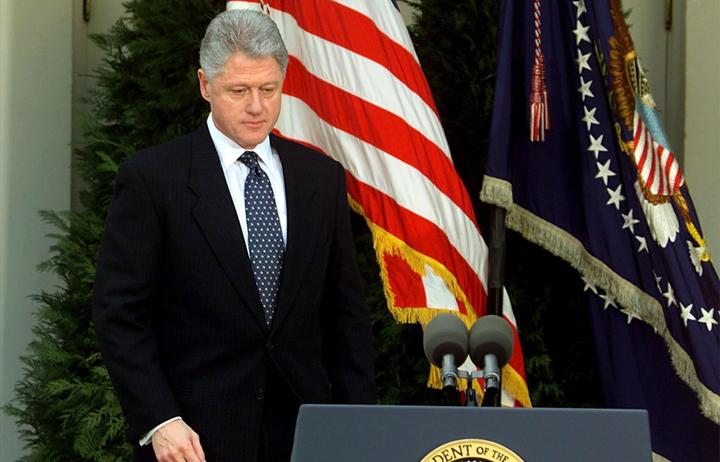 Bill Clinton, in February 1999, preparing to make a statement after the impeachment trial in the Senate failed to get close to the two-thirds backing needed. Photo: AFP

As an analysis piece the BBC ran at the time noted, "in their eagerness to bring down the president, they never stopped to think whether the charges could be proved beyond reasonable doubt".

The second? Clue: It wasn't Richard Nixon. (More on this lower down.)

In fact, the only other president impeached was Andrew Johnson, who served for four years from 1865 - the 17th person to hold the role.

He was impeached by the House in 1868. The vote came just 11 days after he got rid of Edwin Stanton, his secretary of war - a man who didn't agree with his policies.

The parallels between Mr Stanton's firing and that of FBI director James Comey - a man who disagreed with Mr Trump - did not go unnoticed in the American press.

Unlike Mr Clinton, however, Mr Johnson's survival was a close call: the two-thirds majority was missed by just one vote, thanks to a number of Republicans.

Later, Iowa senator James Grimes explained: "I cannot agree to destroy the harmonious working of the Constitution for the sake of getting rid of an unacceptable president."

Say Trump IS impeached... would he be removed from office?

Republicans control the Senate, so Mr Trump would not be removed from office unless members of his own party turned on him.

The vast majority of Republicans have remained loyal to him.

Of course, there are the notable exceptions, such as Senator Mitt Romney who was a lone voice among Republican senators calling for more White House transparency over the Ukraine contacts.

But it looks like Mr Trump would remain in the White House, thanks to his support among Republicans.

In the wider public, the president remains unpopular but the appetite for impeachment is low.

A Monmouth University poll carried out this month - before the Ukraine story - suggests 35 percent of Americans feel Mr Trump should be impeached.

He did what every sensible person does when they know the tide has turned against them. He quit.