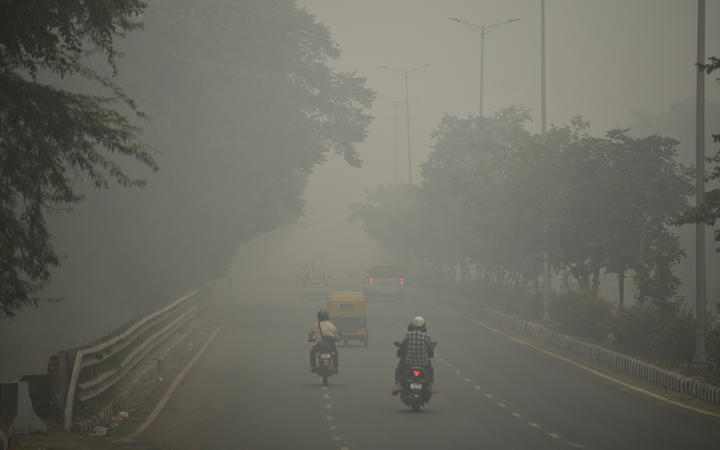 In many areas of Delhi air quality deteriorated into the "hazardous" category on Sunday with the potential to cause respiratory illnesses.

Authorities have urged people to stay inside to protect themselves.

Mr Kejriwal called on the central government to provide relief and tackle the toxic pollution.

Schools have been closed, more than 30 flights diverted and construction work halted as the city sits in a thick blanket of smog.

How bad is the smog?

Levels of dangerous particles in the air - known as PM2.5 - are far higher than recommended and about seven times higher than in the Chinese capital Beijing.

An Indian health ministry official said the city's pollution monitors did not have enough digits to accurately record pollution levels, which he called a "disaster".

Five million masks were handed out in schools on Friday as officials declared a public health emergency and Mr Kejriwal likened the city to a "gas chamber".

The World Health Organisation (WHO) says a third of deaths from stroke, lung cancer and heart disease are due to air pollution.

"This is having an equivalent effect to that of smoking tobacco," the WHO says on its website.

How are people reacting?

Mr Kejriwal's most recent comments are unlikely to please government officials, reports the BBC's South Asia regional editor Jill McGivering. She said Indian politicians were blaming each other for the conditions. 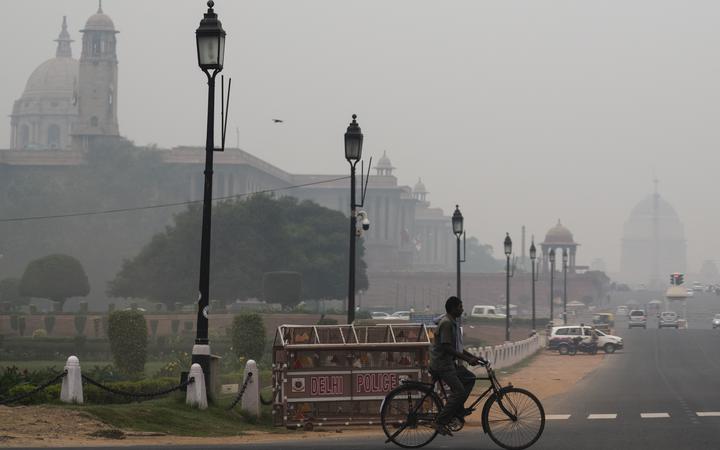 On Sunday young people in Delhi came out to protest and demand action.

"You can obviously see how terrible it is and it's actually scary you can't see things in front of you," said Jaivipra.

She said she wanted long-term and sustainable anti-pollution measures put in place.

"We are concerned about our futures and about our health but we are also fighting this on behalf of the children and the elderly who bear the biggest brunt of the problem here," she said. 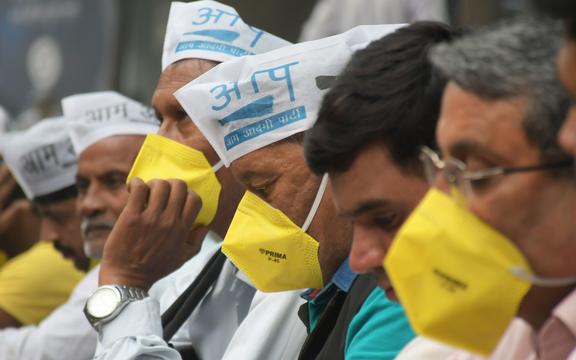 Some ministers have sparked controversy on social media by suggesting light-hearted measures to stay healthy.

Harsh Vardhan, the union minister for health and family welfare, urged people to eat carrots to protect against "night blindness" and "other pollution-related harm to health".

Meanwhile, Prakash Javadekar, the minister of the environment, suggested that you should "start your day with music", adding a link to a "scintillating thematic composition".

"Is that the reason you have turned deaf ears to our plight on pollution?" one Twitter user responded. "Seems you are too busy hearing music that you are not able to hear us!"

A major factor behind the high pollution levels at this time of year is farmers in neighbouring states burning crop stubble to clear their fields.

This creates a lethal cocktail of particulate matter, carbon dioxide, nitrogen dioxide and sulphur dioxide - all worsened by fireworks set off during the Hindu festival Diwali a week ago.

Vehicle fumes, construction and industrial emissions have also contributed to the smog.

Indians are hoping that scattered rainfall over the coming week will wash away the pollutants but this is not due until Thursday.