An oven has been launched to the International Space Station (ISS) for astronauts to bake chocolate chip cookies in. 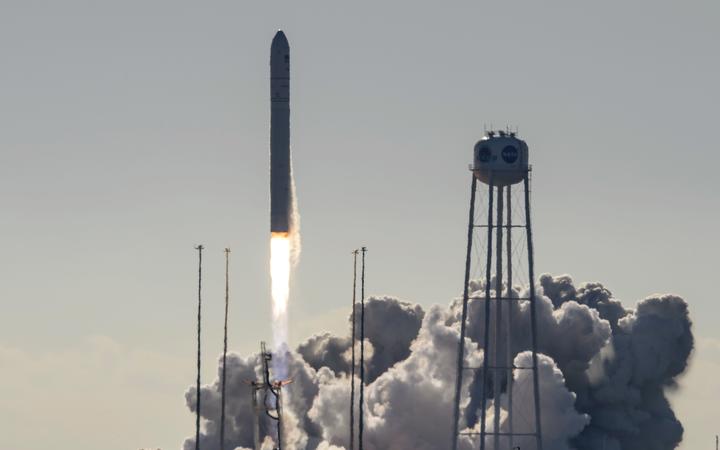 A cargo craft containing the specially-designed "space oven" and baking ingredients took off from the US state of Virginia on Saturday.

Astronauts are set to test what impact high heat and zero gravity have on the shape and consistency of the cookies.

The experiment is being dubbed the first instance of baking in space.

On its website, Nasa said the oven may provide the opportunity for an increased variety in flavour and nutrition of food for crew members.

The Cygnus capsule was also loaded with other unusual equipment, including sports car parts and a vest to protect against radiation.

ISS astronauts will test the safety vest to gauge its comfort, while Italian carmaker Lamborghini has sent up samples of carbon fibre used in its sports cars to examine the effects of direct space exposure.

The capsule also contains the equipment needed to complete a series of spacewalks this month to fix a key particle physics detector, as well as a range of research equipment and crew supplies.

The shipment, weighing about 3700kg, is expected to reach the ISS on Tuesday (NZ time).

The launch coincided with the 19th anniversary of the arrival of the first crew to live aboard the International Space Station, Nasa said on its website. The spacecraft is scheduled to stay at the space station until January.