The US unemployment rate has fallen to a 50-year low, possibly easing recession worries after recent weak economic data. 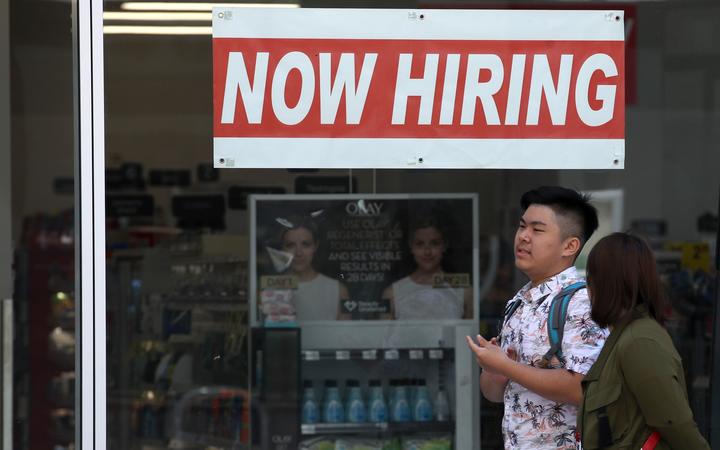 The latest two-tenths of a percentage point drop in the US unemployment rate pushes it to its lowest level since December 1969. Photo: AFP

The Labor Department figures showed that the rate fell to 3.5 percent in September from 3.7 percent, with the economy adding 136,000 jobs last month.

The Labor Department's closely watched monthly employment report, however, contained reminders that the risks to the longest economic expansion on record remained tilted to the downside. Wage growth stagnated and manufacturing payrolls declined for the first time in six months. The retail and utilities sectors also continued to shed jobs.

The report followed a string of weak economic reports, including a plunge in manufacturing activity to more than a 10-year low in September and a sharp slowdown in services industry growth to levels last seen in 2016, that heightened fears the economy was flirting with a recession.

"The unemployment rate usually rises ahead of a recession, so a fresh decline pushes out the timeline for any potential recession into late 2020 at the earliest," said Josh Wright, chief economist at iCIMS in New York.

The two-tenths of a percentage point drop in the unemployment rate from 3.7 percent in August pushed it to its lowest level since December 1969. The jobless rate, which had been stuck at 3.7 percent for three straight months, declined even as 117,000 people entered the labour force last month.

September's job gains were below the monthly average of 161,000 this year, but still above the roughly 100,000 needed each month to keep up with growth in the working-age population. The smaller household survey from which the unemployment rate is derived showed a jump of 391,000 in employment in September.

With signs that the Trump administration's 15-month trade war with China is spilling over to the broader economy, continued labour market strength is a critical buffer against an economic downturn. The trade war has eroded business confidence, sinking investment and manufacturing. 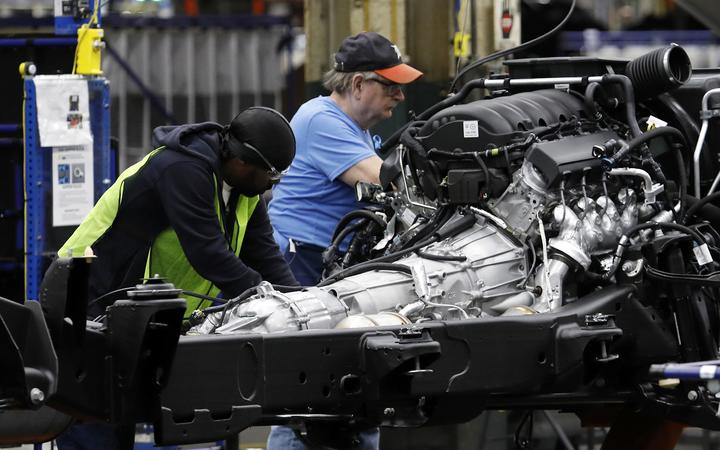 Manufacturing is among sectors under pressure as the US-China trade war drags on. Photo: AFP

There is also political uncertainty in Washington after the Democratic-controlled US House of Representatives launched an impeachment inquiry against President Donald Trump over accusations he pressed Ukrainian President Volodymyr Zelenskiy to investigate former US vice president Joe Biden, a leading candidate for the 2020 Democratic presidential nomination.

These factors, together with benign wage inflation, are likely to prompt the Federal Reserve to cut interest rates at least one more time this year, economists said. The US central bank cut rates last month after reducing borrowing costs in July for the first time since 2008, to keep the economic expansion, now in its 11th year, on track.

Fed Chair Jerome Powell reiterated on Friday that the economy was "in a good place," adding that "our job is to keep it there as long as possible".

The dollar was little changed against a basket of currencies. Prices of US Treasuries rose marginally. Stocks on Wall Street were trading higher.

"We continue to expect the Fed to cut its target interest rate later this month," said Michael Feroli, an economist at JPMorgan in New York. "We believe it would have taken a much stronger number to convince Fed leadership that they have already taken out enough insurance against downside risks."

Economic growth estimates for the third quarter range from as low as a 1.3 percent annualised rate to as high as a 1.9 percent pace. The economy grew at a 2.0 percent pace in the second quarter, slowing from a 3.1 percent rate in the January-March period.

Slower growth was reinforced by a report from the Commerce Department on Friday that showed the U.S. trade deficit widened 1.6 percent to $US54.9 billion in August.

A broader measure of unemployment, which includes people who want to work but have given up searching and those working part-time because they cannot find full-time employment, declined to 6.9 percent last month, the lowest level since December 2000, from 7.2 percent in August.

Some economists believe wage growth is stalling because companies are hiring inexperienced workers in the face of labour shortages. Others blame the slowdown on ebbing demand for workers.

"With demand for labor softening and many companies contending with higher input costs as the trade war lingers and broadens, we do not expect to see any meaningful strengthening in wage growth in the coming months," said Sarah House, a senior economist at Wells Fargo Securities in Charlotte, North Carolina.

Hiring is slowing across all sectors, with the exception of government, which is being boosted by state and local government recruitment. Private payrolls increased by 114,000 jobs in September after rising by 122,000 in August.

Manufacturing shed 2000 jobs last month, the first decline in factory payrolls since March, after a gain of 2000 jobs in August. Manufacturing has ironically borne the brunt of the Trump administration's trade war, which the White House has argued is intended to boost the sector.

Last month's decline in manufacturing payrolls was led by the automotive sector, which lost 4100 jobs. Further losses are likely if a strike by General Motors workers continues.

Government employment increased by 22,000 jobs in September after surging by 46,000 in August. Hiring was boosted by state and local governments.