The United States is due to impose fresh tariffs on a range of Chinese goods, in a sharp escalation of a bruising trade war. 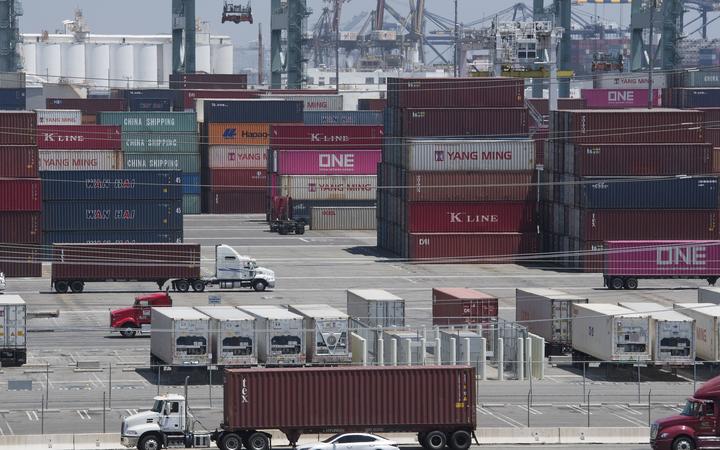 Goods arriving in the United States from China will shortly be subject to a new range of tariffs imposed by President Donald Trump. Photo: AFP

On Monday (NZ time), the US is expected to hit billions of dollars worth of Chinese products with 15 percent duties, in the first of two rounds of new tariffs.

Beijing said it has "ample" means to retaliate, while also calling for both sides to continue trade negotiations.

The move comes amid heightened tensions between Washington and Beijing.

By the end of the year, Washington aims to impose tariffs on almost all Chinese imports into the US.

What was initially a dispute over China's allegedly unfair trade practices is increasingly seen as a geopolitical power struggle between the world's two largest economies.

So far, Washington has imposed tariffs on some $US250 billion ($NZ396b) of Chinese goods, while Beijing has retaliated with tariffs on $US110b of US products.

Businesses are finding it increasingly hard to navigate the uncertainty of the long-running trade dispute.

Analysts pessimistic about a trade deal

Analysts say that in view of the latest escalation, the prospect of a resolution looks grim.

"It's difficult at this stage to see how there can be a deal or at least a good deal," said Julian Evans-Pritchard, senior China economist at Capital Economics.

"Since talks broke down back in May, the position of both sides has hardened and there have been other complications, namely the Huawei ban and Hong Kong protests, which have made it even more difficult to bridge the gap."

The US government put Huawei on a trade blacklist in May, while US President Donald Trump has tied protests in Hong Kong to a possible trade deal with China.

First round of new duties imminent

The US is due to impose a 15 percent tariff on $300b worth of Chinese goods by the end of the year in two rounds.

The first round of duties is due to be introduced on 1 September and analysts expect those tariffs will target imports worth about $150b.

Products to be targeted in September range from meat and cheese to pens and musical instruments.

The second wave of goods, subject to new duties from 15 December, includes clothing and footwear.

China initially said it would retaliate with measures targeting $75b of US goods, but later appeared to soften those comments.

On Thursday, Commerce Ministry spokesperson Gao Feng said China had "ample" means to retaliate against planned US tariffs while emphasising the need to de-escalate tensions.

"The most important thing at the moment is to create necessary conditions for both sides to continue negotiations," he said in a briefing, according to Reuters. 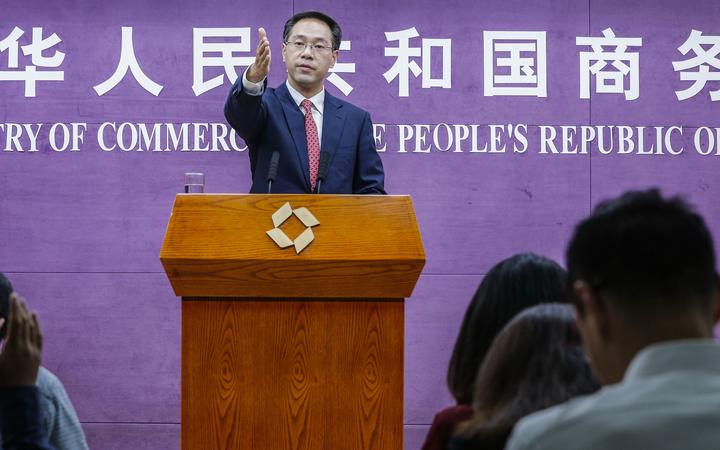 Commerce Ministry spokesperson Gao Feng says while China could retaliate, its priority is to keep the channels of communication open for a trade deal with the US. Photo: AFP

How has industry reacted?

Mr Trump has repeatedly argued that China pays for tariffs, but many US companies have rebutted that claim.

More than 200 footwear firms - including Nike and Converse - said the new duties would add to existing tariffs of up to 67 percent on some shoes, driving up costs for consumers by $4b each year.

It said the incoming tariffs on footwear "will also mean these massive tax increases hit tens of millions of Americans when they purchase shoes during the holiday season". 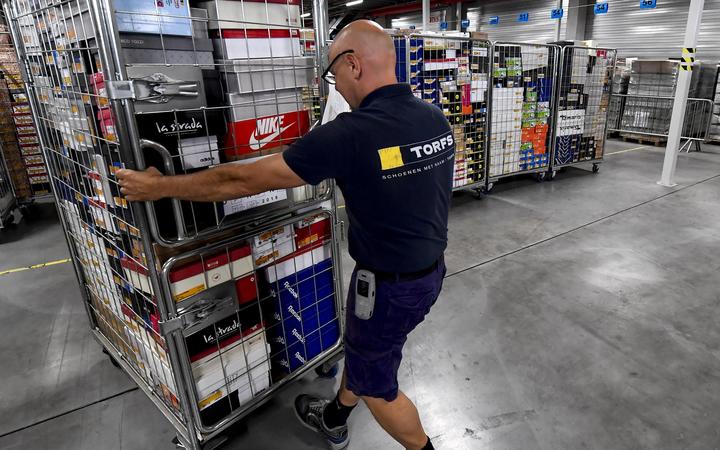 Footwear firms such as Nike and Converse say American consumers will soon be paying more for their goods. Photo: AFP

The American Chamber of Commerce in China also voiced concerns after the US said it was going ahead with new tariffs.

"Our members have long been clear that tariffs are paid by consumers and harm business," it said in a statement.

"We urge... that both sides work towards a sustainable agreement as soon as possible that resolves the fundamental, structural issues foreign businesses have long faced in China."

In addition to imposing new tariffs, the Trump administration plans to raise the rates on existing duties from 25 percent to 30 percent on 1 October.

"The tariff rate could go all the way up to 45 percent," he said. "Those are the goods that do the most damage to China and the least collateral damage to the US."

For the US and Chinese economies, analysts say the pressure created by tariffs is also building.

"The full-blown trade war, together with China's retaliation in kind, could reduce potential US GDP growth in the short run by almost 1 percent," said Gary Hufbauer of the Washington-based Peterson Institute for International Economics.

"The impact on China would be larger, as much as 5 percent."