The US Federal Reserve delivered a widely expected interest rate cut aimed at sustaining a record-long economic expansion, but gave few hints of whether or when it might cut again. 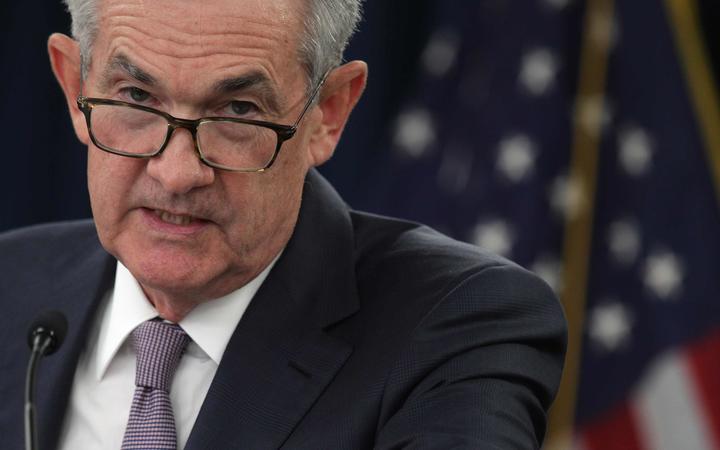 The US economic outlook was "favourable," with labour markets strong and inflation likely to return to the Fed's 2 percent inflation goal, Federal Reserve chairman Jerome Powell said in a news conference.

He said the central bank had cut rates "to provide insurance against ongoing risks" including weak global growth and resurgent trade tensions.

"If the economy does turn down, then a more extensive sequence of rate cuts could be appropriate," he said.

"We are going to be highly data-dependent ... We are not on a preset course."

The cut took the benchmark rate to a range of 1.75 percent to 2 percent, but the rate setting committee was divided in making the decision, with seven favouring the quarter percentage point cut, two wanting no change, and one backing a bigger half a percentage point cut.

The rate cut fell short of a more aggressive cut which President Donald Trump had been demanding, and after the decision he unleashed another attack.

"A terrible communicator," Mr Trump said of Mr Powell in his latest Twitter attack on the central bank and Mr Powell.

"Another rate cut from the Fed to try to shield the US economy from global headwinds," said Joe Manimbo, senior market analyst at Western Union Business Solutions.

"Today's move was more of a hawkish easing in that the Fed's median forecasts for rates suggested no more cuts this year, while some officials dissented."

New projections showed policy makers expect rates to stay within the new range through 2020. However, in a sign of ongoing divisions within the Fed, seven of 17 members expected one more quarter-point rate cut in 2019, while five others saw rates needing to rise by the end of the year.

"There is a lot of uncertainty" around rate-path views and the economic outlook, Powell said.

The Fed cut rates in July, the first such move since 2008.

Financial markets were choppy after the decision with stocks extending early falls before retracing most of the losses, while the US dollar rose.

Meanwhile for a second day in a row the Fed pumped money into the US financial system to smooth out problems in money markets.

The system was running short of cash prompting a rise in short term interest rates. The problems were put down, in part, to tax payment demands.

The Reserve Bank of New Zealand reviews its cash rate on 25 September. No change is expected to the OCR, which was cut by an unexpected half a percentage point in August to a record low 1 pct. However, analysts expect another cut in November.