A Swiss glacier lost to global warming has been commemorated at a memorial service in the Alps. 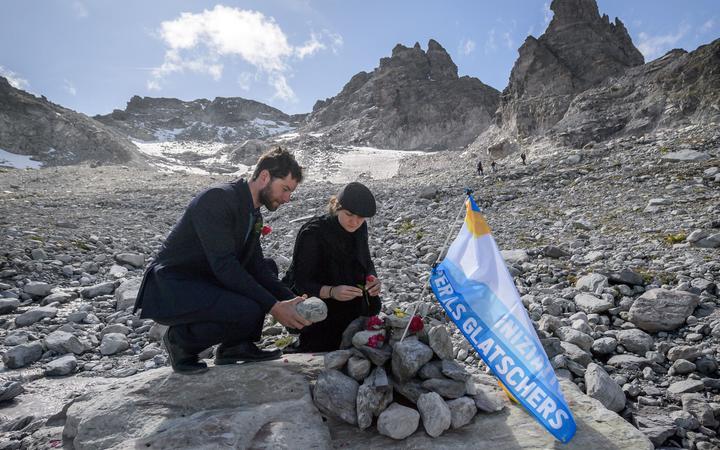 People take part in the service to mark the 'death' of the Pizol glacier, above Mels, in eastern Switzerland. Photo: AFP

Dozens of people took part in the "funeral march" to mark the disappearance of the Pizol glacier.

The glacier, in the Glarus Alps of northeastern Switzerland, has shrunk to a tiny fraction of its original size.

Scientists say the glacier has lost at least 80 percent of its volume just since 2006, a trend accelerated by rising global temperatures.

As mourners gathered in the Swiss Alps, youth activists and world leaders are in New York to discuss climate change action at the UN. 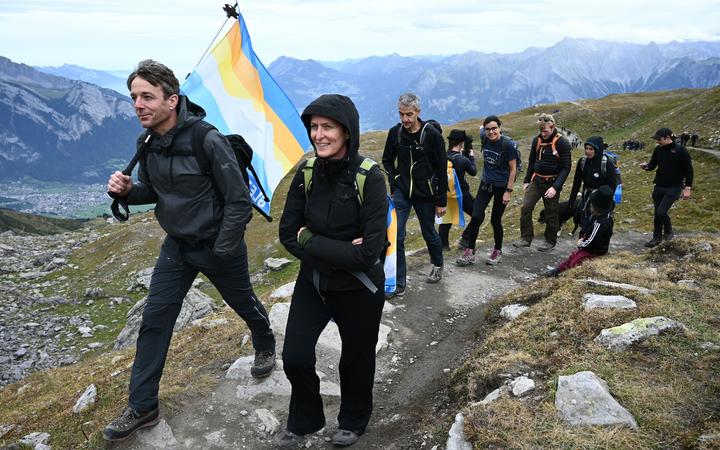 There are fears at least half of Switzerland's glaciers could disappear over the next 30 years. Photo: AFP

Yet despite what action humans take now, a study by Swiss researchers suggests that, by 2050, at least half of Switzerland's glaciers could vanish.

The Pizol has diminished to such an extent, "from a scientific perspective it is no longer a glacier", Alessandra Degiacomi, a Swiss climate campaigner, told AFP news agency.

Now reduced to just a few frozen lumps, the glacier was to be declared dead at the ceremony, the BBC's correspondent said.

Locals, hikers and environmental campaigners, some dressed in black clothes, trekked up the mountain to pay their respects to the glacier's remnants, situated at an altitude of around 2700m, near the Liechtenstein and Austrian borders.

At the ceremony, sombre speeches were delivered by a chaplain and scientists and a wreath was laid in remembrance of the glacier. 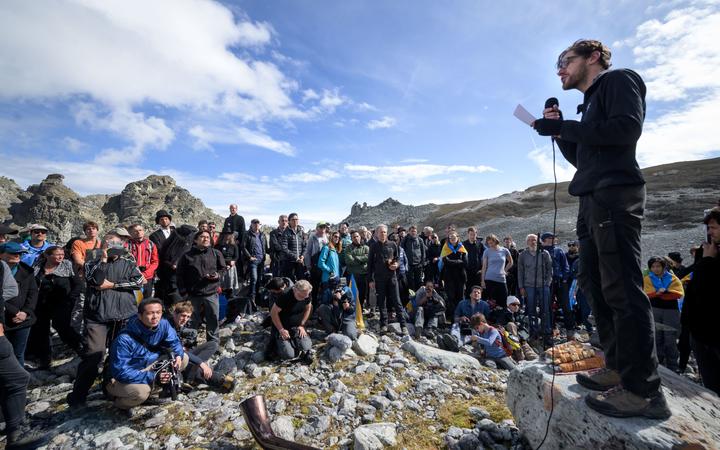 People listen to an address during the service to mark the loss of the glacier. Photo: AFP

The event was organised by the Swiss Association for Climate Protection, an initiative calling for carbon dioxide emissions in Switzerland to be reduced to zero by 2050.

A similar ceremony was held in Iceland last month to commemorate Okjokull, a 700-year-old glacier declared dead in 2014.