Game of Thrones will have one final chance to achieve Emmy glory later as television's best and brightest prepare for this year's US awards ceremony. 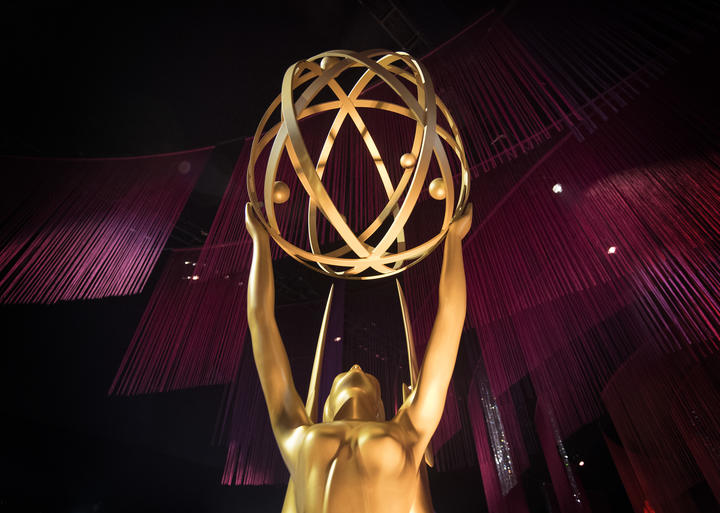 An Emmy statue at the entrance to the 71st Emmy Awards Governors Ball press preview at LA Live in Los Angeles. Photo: AFP

The fantasy epic, which came to a divisive climax earlier this year, has 14 nominations in seven categories.

The 32 Emmy nominations Game of Thrones received in July was the highest total for any programme in a single year.

The show has already won 10 prizes at the Creative Arts Emmys held last weekend, including awards for its casting, costumes, make-up and music.

If Game of Thrones adds just three more awards to that tally on Sunday, it will better the 12 Emmys it received in both 2015 and 2016.

The show is already the most honoured series and most-nominated drama in Emmy awards history.

Julia Louis-Dreyfus, meanwhile, will find out if she has won another best comedy actress award for the final series of Veep.

The Seinfeld star already holds the record for the most Emmy awards for a single role, having won six consecutive Emmys for playing Veep's Selina Meyers between 2012 and 2017.

Louis-Dreyfus's competition includes Britain's Phoebe Waller-Bridge, who is shortlisted for the second series of Fleabag.

The BBC Three show is up for another four prizes on Sunday, including outstanding comedy series and best supporting actress in a comedy.

Other British stars in contention include Hugh Grant, who is nominated for best actor in a limited series or movie for A Very English Scandal.

Alfie Allen, meanwhile, is one of three Game of Thrones stars up for outstanding supporting actor in a drama, having put himself forward for a nomination earlier this year.

Gwendoline Christie also submitted herself successfully, earning a citation in the best supporting drama actress category alongside three of her Thrones co-stars.

Sunday's event - to be held at the Microsoft Theatre in downtown Los Angeles - will be only the fourth Emmy ceremony ever not to have a host.

More than 25,000 members of the Television Academy vote for the awards, which were first presented in 1949.

The name Emmy derives from an early piece of TV equipment called the image orthicon camera tube, nicknamed the Immy.