HBO and its blockbuster Game of Thrones led nominations for the Emmy Awards, but the list of contenders for the highest honours in television was dominated by newcomers, many of them women. 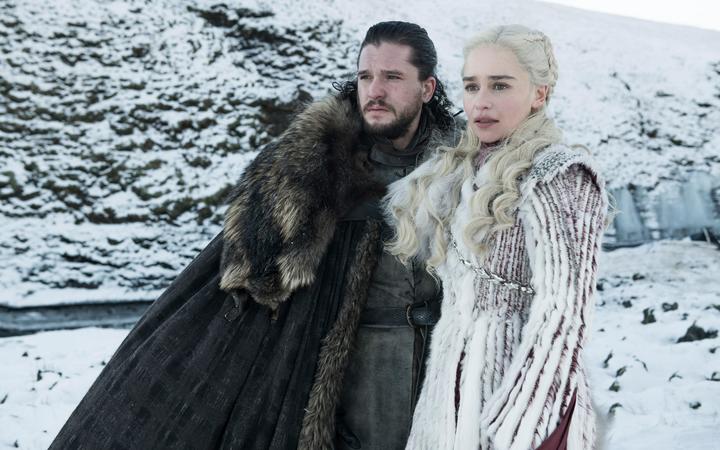 The 2019 line-up for the Emmys represented the widest array of first-time nominees in eight year, the Television Academy said, with nine new shows contending for the top prizes of best drama and best comedy series.

"In awe. Life is a real magical mystery tour!" Lyonne tweeted as the show racked up 13 nominations.

In a crowded television landscape of top-quality shows, A-list stars Julia Roberts and George Clooney were seen as the biggest snubs on Tuesday, failing to get nominations in their high-profile return to the small screen in series Homecoming and Catch-22 respectively.

The Big Bang Theory, which ended its run in May as the most-watched comedy on US television, was shut out of the major categories.

HBO got a leading 137 nominations, an Emmy record.

Netflix followed with 117 nominations, led by its searing racial justice series When They See Us which racked up 16 nods for director and writer Ava DuVernay's recreation of the wrongful imprisonment of five black teens for a rape in New York in 1989.

"Thank you @Netflix for believing in this story and letting me tell it the exact way I wanted. Appreciate the faith and the fearlessness," DuVernay wrote on Twitter.

In the comedy category, returning Emmy champ The Marvelous Mrs Maisel from Amazon Studios got 20 nominations, including for lead actress Rachel Brosnahan.

HBO's limited series Chernobyl, a recreation of the 1986 Russian nuclear power disaster, had 19, followed by satirical sketch show Saturday Night Live, which got 18.

HBO's political satire Veep which ended its seven-season run in May, will compete for its fourth Emmy as best comedy series, along with star Julia Louis-Dreyfus as the foul-mouthed politician hell-bent on becoming U.S. President.

The Emmy awards will be handed out at a ceremony in Los Angeles on 22 September.

"I'm so grateful to have lived long enough to see this day. 'Pose' speaks a truth that has the power to transform hearts and minds," Porter said in a statement.

Popular shows and past Emmy winners Big Little Lies and The Handmaid's Tale, were not broadcast during this year's Emmy eligibility period.