The HBO miniseries Chernobyl, which aired on SoHo in New Zealand, puts the nuclear disaster foremost when it comes to explaining to dissolution of the USSR, and is correct to do so. The policy of 'Glasnost' - openness - was a direct reaction by Premier Mikhail Gorbachev to the events and the way they were covered up. 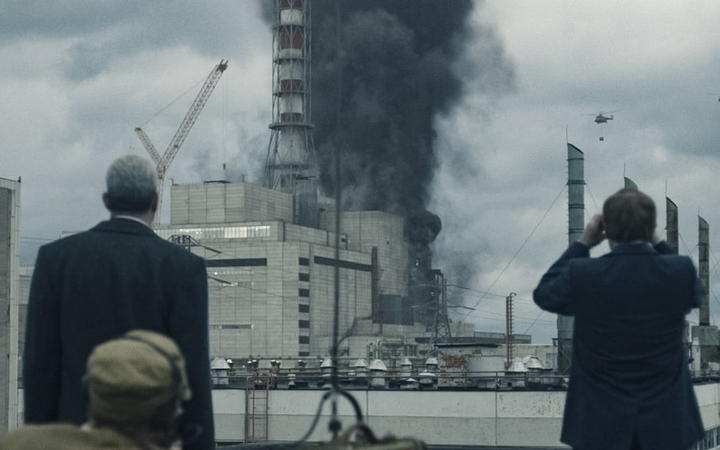 Glasnost spread across the USSR and allowed previously stifled dissent an open forum. The Pope visited Poland, the Berlin Wall came down, but the meltdown at Chernobyl was the awful event that started it all.

The explosion at reactor four exposed not only flaws in the RBMK nuclear reactors that were rapidly being built across the USSR, but the culture of fear and secrecy that stalled the evacuation of Pripyat and saw, in the immediate aftermath, the main actors of the events deny what was happening all around them.

Victor Bruikhanov, plant director, and Anatoly Diatlov, deputy chief engineer, both on the verge of major promotions for their efforts at Chernobyl, could not admit that the worst possible thing that could happen, had happened. The show's recreation of the reactor explosion, and the workers' response to it, is harrowing. Diatlov, terse, impatient and severe, wont listen to workers rushing in and telling him the reactor has exploded. Although he's portrayed as a villain, Diatlov's quick-thinking decisions did prevent a further chain reaction from occurring. He took actions as though the reactor had exploded, while denying it had. In the show, this ambiguity is telegraphed with a scene of him noticing graphite from inside the reactor core on the ground.

The highly irradiated graphite dispersed around the accident site becomes an object of horror in Chernobyl. Scenes in which Red Army soldiers - requisitioned from Afghanistan and harshly referred to as "biorobots" - clean blocks of it from the roof of the plant are rendered tense and difficult to watch.

Another scene which plays like a horror film is when three men are sent into the flooded reactor to drain the water. Believing it will kill them, they try their best to rush through while the radiation disables their torches and their Geiger counters crackle louder and louder. These men did in fact survive the ordeal, and two are still alive today, but they were under no illusions they would live at the time.

Jared Harris (Valery Legasov), Stellan Skarsgård (Boris Shcherbina), and Emily Watson (Ulana Khomyuk) are all excellent in playing the scientists and politician who had to make these terrible decisions which essentially condemned men to their deaths.

Watson's Khomyuk stands in for the team of scientists that worked alongside Legasov and Shcherbina. It's the show's main concession to fiction in the otherwise quite accurate depictions of events, but it's one that pays off. Legasov's call to put out the reactor fire with sand and boron - delivered by helicopter - is still questioned to this day, and Watson's character represents these doubts and offers of alternative solutions. 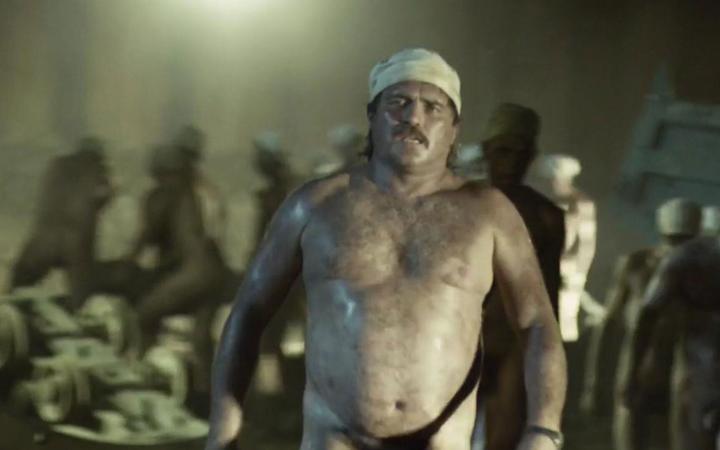 Chernobyl is not for the faint of heart. Acute radiation poisoning is quite possibly one of the worst ways a person could die and the show's depiction of what it does to a body is graphic in its realism.

It furthermore doesn't hold back in showing how the Red Army dealt with the pets left behind by residents of Pripyat, though the lead soldier in the group we watch does provide some comfort and hilarious dialogue. At one point, introducing a young boy to the various teams stationed in Chernobyl he points out a group and says "I don't know them. F*** them!"

Even better are the coal miners brought in to create a tunnel under the reactor. Their leader, tough and completely unafraid of party and army bosses, is a firebrand charging around Chernobyl. He and his workers, finding the heat in the tunnel oppressive, decide to work naked. Legasov is called in to get them back in their protective clothes, but is told "we're still wearing the f***ing hats!".

Chernobyl is a faithful and stunningly accurate representation of what occurred in Ukraine in 1986. The events themselves were so frightening and terrible, there was no need to embellish them. The minor fictions - you can't fly a helicopter from Moscow to Chernobyl, for instance, and the larger one of Watson's character - are justified for the overall depiction of the disaster. Chernobyl is bleak and gripping, but there's typically black Slavic humour that offers some respite. It's essential viewing and sets a new standard for the depiction of real events.