Malta is to hold an independent public inquiry into the murder of anti-corruption journalist Daphne Caruana Galizia. 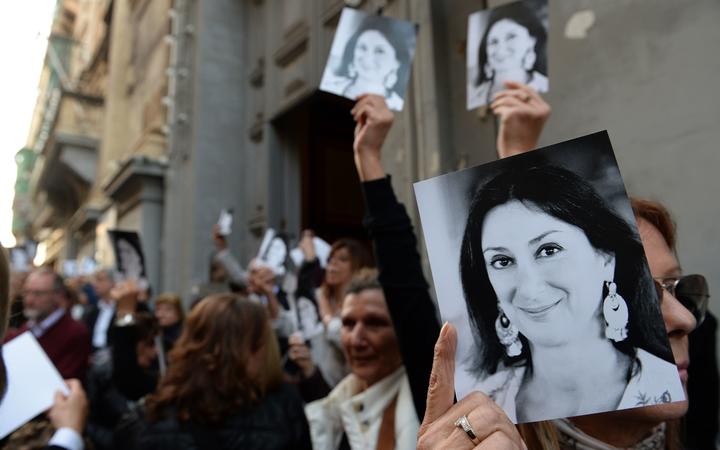 She was killed by a bomb planted under the seat of her car in 2017.

Three men are facing trial for the killing, but the people who ordered it have not been identified.

It is widely believed she was targeted because of her ongoing investigation into Maltese government corruption and international money-laundering.

She spoke about the scandal on RNZ in 2016 following publication of the Panama Papers, which showed that the Maltese energy minister and prime minister's chief of staff had secret New Zealand trusts called the Haast Trust and Rotorua Trust.

In June the Council of Europe human rights watchdog said the failure to identify who was behind the culprits raised questions about the rule of law in the country.

It gave Malta until 26 September to start a public inquiry to establish if the journalist's death could have been prevented.

Her family has repeatedly called for such an inquiry, saying she had suffered years of intimidation.

Mr Muscat has put retired Judge Michael Mallia in charge of the inquiry, a government statement said. He will be assisted by a law professor and a retired forensics expert. The inquiry will last nine months.

Mr Muscat has also offered a €1m ($NZ1.7m) reward for information leading to the arrest of those behind her killing.

Three men have been under arrest since 2017 and are due to stand trial for the murder, although the police investigation into who ordered the killing and why is continuing.

During pre-trial proceedings, brothers George and Alfred Degiorgio and their friend Vincent Muscat pleaded not guilty.