The US has reportedly identified locations in Iran from which drones and cruise missiles were launched against major Saudi oil facilities on Saturday. 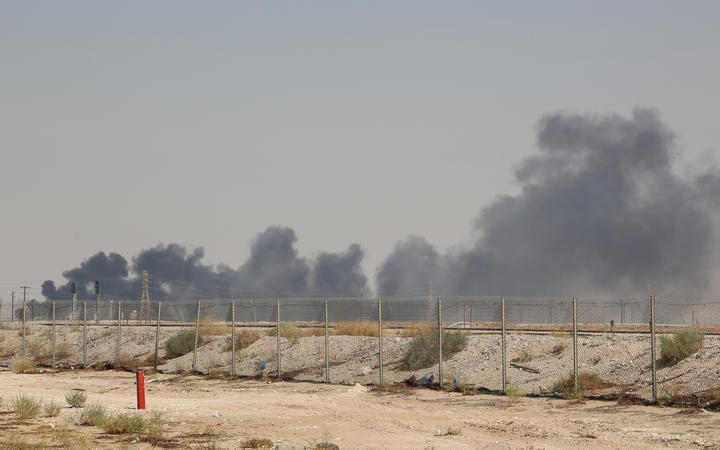 Senior US officials told media outlets that the locations were in southern Iran, at the northern end of the Gulf.

Saudi air defences did not stop the drones and missiles because they were pointed southwards, to prevent attacks from Yemen, they added.

Yemen's Iran-aligned Houthi rebels said they had launched the drones that struck the Abqaiq oil processing plant, the world's largest, and the Khurais oilfield.

They have launched attacks into Saudi Arabia before, but US officials said on Sunday they believed the drones and missiles did not originate from the south or south-west, and instead were launched from the north or north-west.

Iranian President Hassan Rouhani has called the attack a reciprocal act by the "Yemeni people".

Oil prices soared 20 percent after the attacks, at one point reaching $US71.95 a barrel. But they have since pared their gains as it appeared market disruption would not be as bad as feared.

On Tuesday, Saudi Arabia's energy minister said he expected production to be fully back online by the end of the month, adding that half the production at the damaged facilities had already been restored.

Brent crude - the international benchmark used by traders - was trading at about $US64 after the announcement. 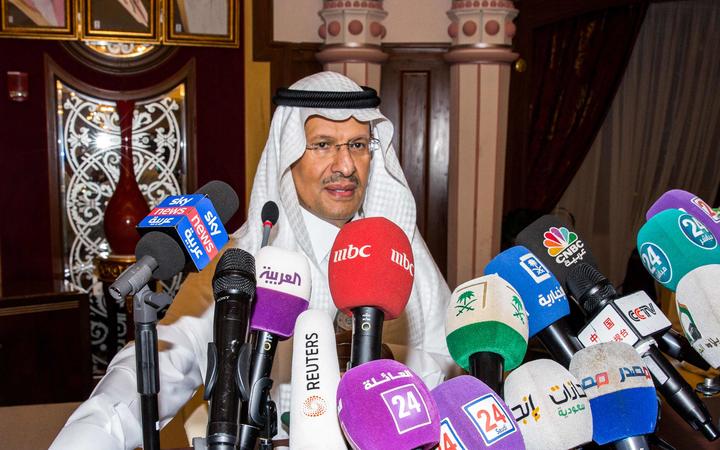 Saudi Arabia's Energy Minister Prince Abdulaziz said he expected oil output will be back to normal by the end of September. Photo: AFP

A senior US official told CBS News that a US team had been on the ground at Abqaiq and identified specific drones and missiles used in the attacks.

This wreckage will be analysed and used to present "a very compelling forensic case" that Iran was responsible, the report says.

Vice-President Mike Pence said on Tuesday the US was "evaluating all the evidence", and that Secretary of State Mike Pompeo was en route to Saudi Arabia "to discuss our response".

He added: "The United States of America will take whatever action is necessary to defend our country, our troops, and our allies in the Gulf. You can count on it."

Iranian Foreign Minister Javad Zarif tweeted that "Yemeni victims" were responsible for the attacks, saying that blaming Iran would not change the situation and saying the US was "in denial".

Ending the war was the "only solution for all," he added.

And in a televised address, Iran's Supreme Leader Ayatollah Ali Khamenei dismissed talks "at any level" with the US, saying any dialogue could only happen if the US "takes back its words and repents" after withdrawing from the Iran nuclear deal.

Earlier this year, President Trump unilaterally pulled the US out of the landmark agreement that had limited Iran's nuclear programme in exchange for the lifting of economic sanctions.

The president told reporters on Tuesday he was not ruling out meeting Mr Rouhani at UN, as has been previously suggested, but added that he would "prefer not meeting him".

The attacks targeted Abqaiq - run by the Saudi state oil company, Aramco - and the Khurais oilfield.

Khurais is the closest of the targets to the Yemen border, but is still a considerable 770km away.