Typhoon Faxai has made landfall near the Japanese capital bringing heavy rain and winds of up 210km/h. 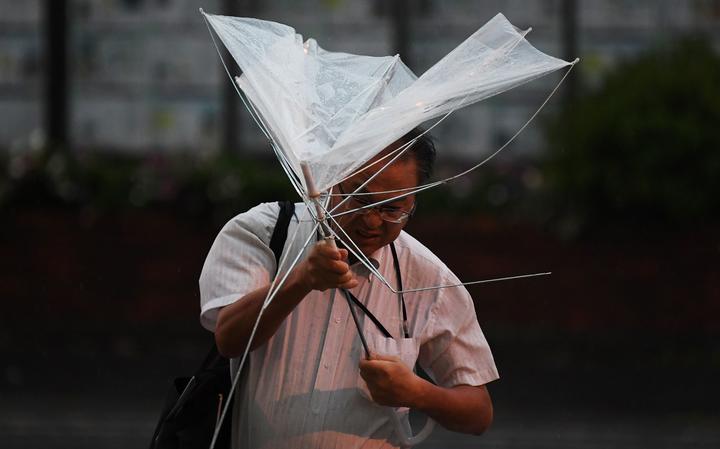 Typhoon Faxai is expected to be the strongest storm to hit Tokyo in several years. Photo: AFP

Hundreds of thousands of people in the greater Tokyo area have been advised to evacuate as forecasters warned the rain and wind could break records.

The storm has affected transport with about 100 bullet trains and 100 flights cancelled in the region.

It comes after North Korea was hit by a separate typhoon yesterday leaving five people dead.

According to Tokyo Electric Power company, about 290,000 households lost power as Faxai made landfall. 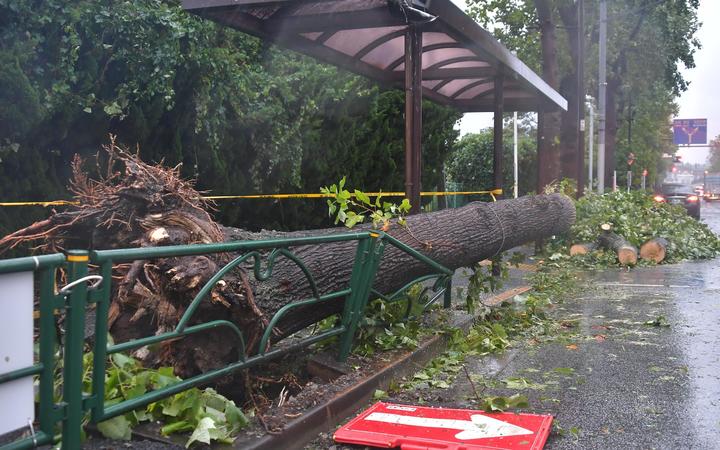 Faxai is now travelling north at 25km/h and is expected to hit northeastern Japan. Authorities in the country have warned of possible landslides and swollen rivers.

Typhoon Faxai, a Laotian woman's name, slammed ashore in the city of Chiba, just east of Tokyo, a little before dawn, bringing with it wind gusts of 207km/h in Chiba, the strongest ever recorded there, NHK said.

Around four to five typhoons make landfall in Japan every year, but it is unusual for them to do so near Tokyo. NHK said Faxai was the strongest storm in the Tokyo area in several years.

In the neighbouring city of Ichikawa, winds were occasionally strong enough to shake buildings, while biting rain fell. Streets normally busy with commuters walking or bicycling to the train station were deserted.

Some 5000 people were ordered to evacuate, more than half in the tourist city of Kamakura just south of Tokyo, because of the danger of landslides, NHK said, but there were no immediate reports of major damage.

The storm comes as the country is preparing to host the Rugby World Cup.

England manager Eddie Jones said his side have got to "ride with it", while contingency plans are in place before the tournament starts on 20 September.

The Australian team's arrival was delayed by the storm. The All Blacks are due to fly to Tokyo today. 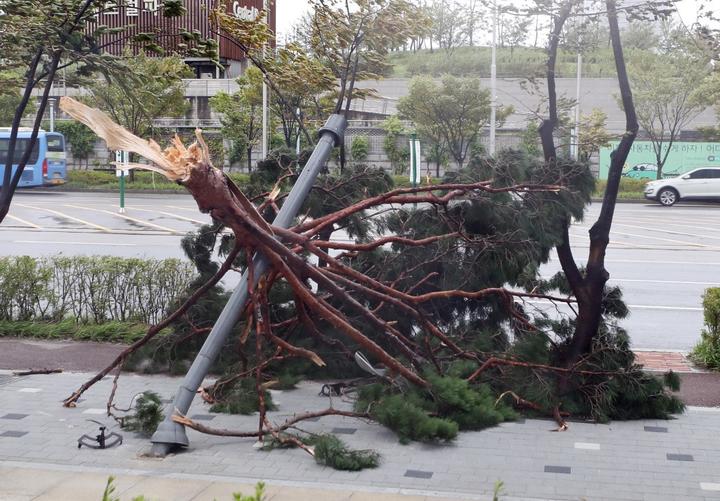 There are concerns that the storm could worsen already severe food shortages in the country. Earlier this year, the UN warned that up to 10 million North Koreans were "in urgent need of food assistance".

The government was giving "primary attention" to the protection of crops as well as dams and reservoirs, the agency said.

Typhoon Lingling earlier killed three people in South Korea. It packed the fifth-strongest winds of any typhoon to hit the country, the Yonhap agency said.