Storm Dorian has smashed into the Canadian province of Nova Scotia, toppling trees and cutting power to more than 450,000 homes. 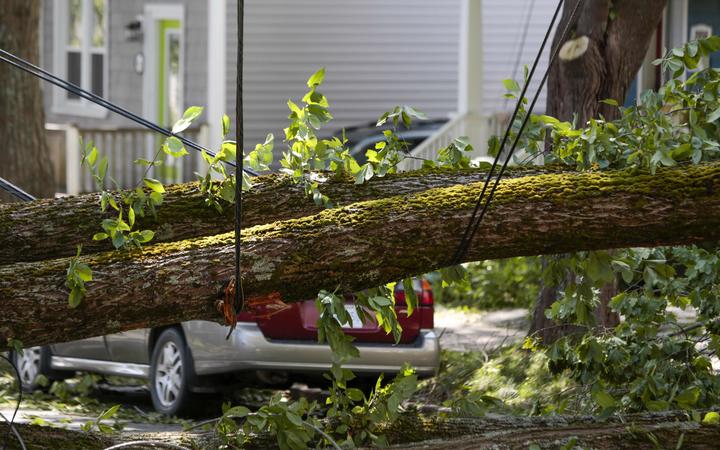 Now a post-tropical cyclone, Dorian hit Halifax on Saturday with winds of 160km/h and is due to cross into Newfoundland.

The Canadian government said the military would help recovery efforts.

It comes days after Dorian devastated parts of the Bahamas. The death toll there is 43 but is expected to increase.

The former hurricane has churned northwards up the US eastern seaboard to Canada. The Canadian Hurricane Centre said it had received reports of rainfall as high as 150mm in some areas.

Video footage from Halifax showed a crane being blown on to a block of partially built flats. There were no reports of injuries.

The storm is expected to pass over northern Newfoundland and eastern Labrador on Sunday. Residents close to the shore have been advised to evacuate as a precaution.

Canadian Prime Minister Justin Trudeau has been briefed on the storm. 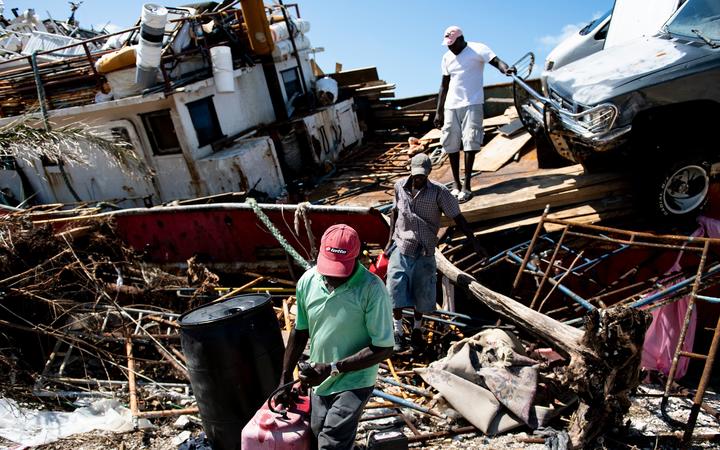 The death toll in the Bahamas is expected to rise after Dorian smasned into the islands as a category five hurricane. Photo: AFP

On Sunday, ships and aircraft were still helping to move thousands of people from Grand Bahama and the Abacos Islands.

Officials believe hundreds of bodies are yet to be found in areas flattened by the winds or smashed by storm surges.

UN officials said about 70,000 people were in need of assistance.

Aid agencies say the situation on Great Abaco is desperate, with residents unable to find food or clean water.

Darren Tosh, director of the aid group Samaritan's Purse, told the BBC that he was concerned about the spread of disease from unsafe water, bodies and destroyed crops.

"There's a horrible amount of disease that can develop after an event like this," he said.

Tourism minister Dionisio D'Aguilar called on Bahamians to "come together" to help the recovery effort.

"There are no words to convey the grief we feel for our fellow Bahamians in the Abacos and Grand Bahama," he said.

He said many parts of the Bahamas - an archipelago of more than 700 islands - were not affected by the hurricane.

"We also implore travellers to continue visiting the Bahamian islands that were not impacted by Hurricane Dorian as this will help our people tremendously," he added.