Rescue efforts have been stepped up in parts of the Bahamas worst hit by Hurricane Dorian, as hundreds scramble to flee the destruction. 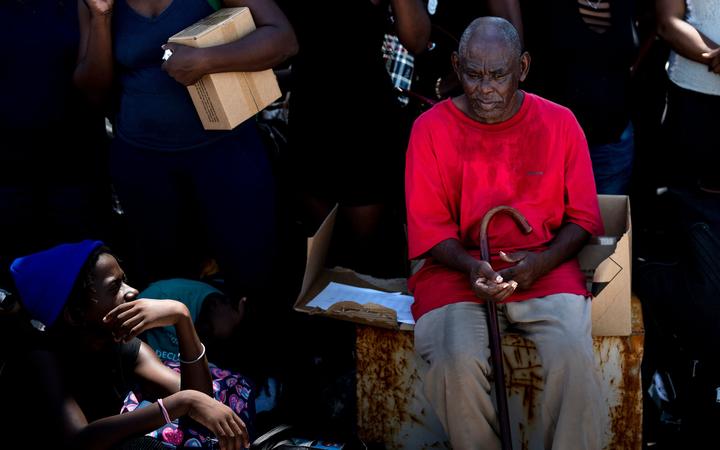 Great Abaco residents await a cargo ship in the hope of being evacuated to Nassau. Photo: AFP

Cruise liners, private planes and helicopters are all being used to help those still trapped in the Abaco Islands and Grand Bahama.

The death toll stands at 43 but is expected to increase further.

Meanwhile, Dorian has gained strength off the US east coast and is heading to the Canadian province of Nova Scotia.

US forecasters said on Saturday that the storm had sustained winds of 155 km/h and had increased from a category one to a category two hurricane.

Dorian was at category five when it made landfall in the Bahamas last Sunday.

Officials believe hundreds of bodies are yet to be found in areas flattened by the winds or smashed by storm surges.

Thousands queue in hope of escape

Thousands of survivors have been lining up in Freeport, Grand Bahama, hoping to board cruise ships offering free passage to Florida. There were similar scenes in Marsh Harbour, Great Abaco, where people queued for private boats to take them to safety. 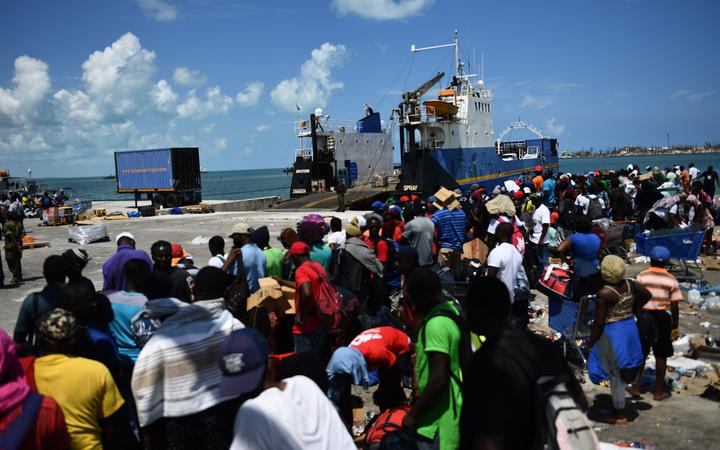 People wait to board a cargo ship docked in Marsh Harbour on the island of Great Abaco in the Bahamas. Photo: AFP

Evacuees from Great Abaco have been arriving in Nassau, bringing with them stories of worsening conditions in the storm-ravaged islands.

At the main Abaco airport on Saturday, Chamika Durosier was hoping to find a plane to safety.

"The home that we were in fell on us. We had to crawl - got out crawling," she said.

UN officials said about 70,000 people in Grand Bahama and the Abaco Islands were in need of assistance.

The World Food Programme said about 90 percent of homes, buildings and infrastructure in Marsh Harbour were damaged and that thousands of residents were sheltering in a government building, a medical centre and an Anglican church with meagre supplies. 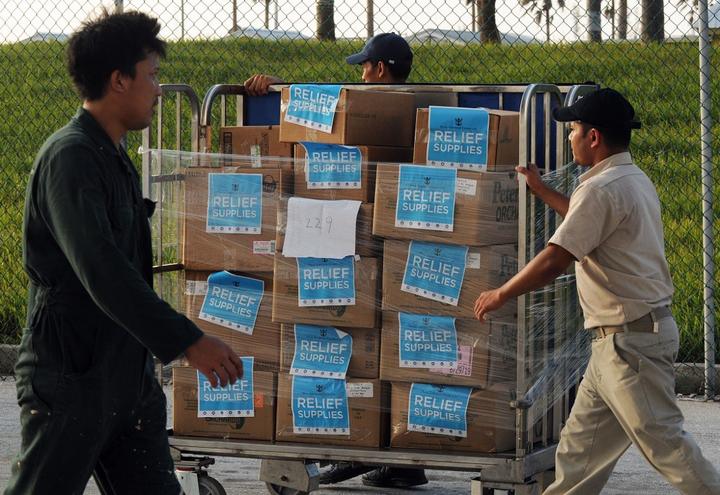 Meals being unloaded in Freeport that will be given to those worst affected by Hurricane Dorian. Photo: AFP

The Royal Navy said it was deploying 18 extra medical staff to join the ship RFA Mounts Bay that has been delivering aid since the storm passed. Another UK ship, HMS Protector, is taking on supplies in Bermuda and will sail to the Bahamas on Monday.

The US Coast Guard said it had sent nine cutters to the islands and that six of its helicopters had rescued 290 people so far.