Canadian police say they have found two bodies they believe are the teenagers suspected of murdering three people, including Sydney man Lucas Fowler.

Kam McLeod, 19, and Bryer Schmegelsky, 18, were wanted in connection with the 15 July murders of Mr Fowler, 23, and his American girlfriend, Chynna Deese, 24.

They were also charged with the murder of university lecturer Leonard Dyck, 64. All three bodies were found in the province of British Columbia, on Canada's west coast.

Royal Canadian Mounted Police (RCMP) Assistant Commissioner Jane MacLatchy said the bodies believed to be the wanted teens were found in Manitoba. The bodies were 1km from where "several items directly linked" to the fugitives were found a day earlier, and 8km from where a grey Toyota RAV4 they were known to have been driving was found in flames on a highway.

Ms MacLatchy said she was "confident" the bodies were the two suspects, but told reporters an autopsy would be completed to confirm the identities.

"To the families of everyone affected by the series of events over the last few weeks, I know it has been so very difficult and I hope today's announcement can begin to bring some closure," she said at a press conference in Winnipeg.

"Your lives have been disrupted. Many of you lived with uncertainty and fear but throughout you were resilient.

"You came together as communities and you helped our officers get the job done."

On Sunday, RCMP sent dive teams into the Nelson River, which is wide, fast-flowing and powers several hydro-electric dams, as part of the search, however that proved futile.

Mr McLeod and Mr Schmegelsky were first reported missing on 19 July, after their Dodge pickup truck was found in flames near Dease Lake, British Columbia, 2km from where a body - later identified as Mr Dyck, 64 - was found.

Days later, the RCMP said the two teenagers were considered suspects in the murders of Ms Deese and Mr Fowler, which took place 500km away from where Mr Dyck was found, near Liard Hot Spring. 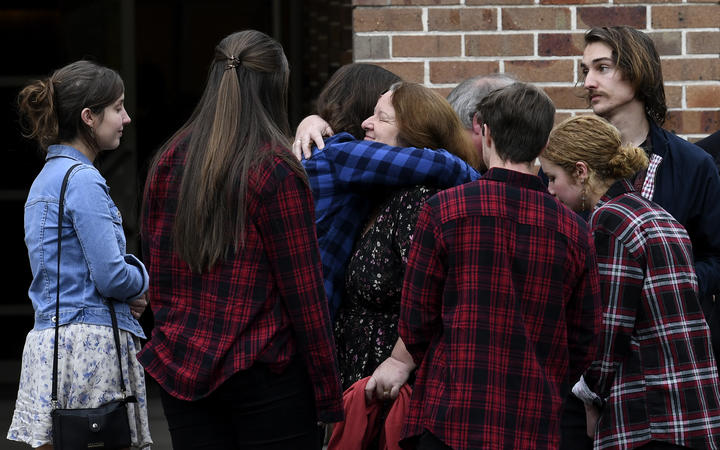 Mr Schmegelsky and Mr McLeod were charged on 24 July with the murder of Mr Dyck.

Northern communities across Canada had been on edge as sightings of the two men were reported first in Saskatchewan, and then in Gillam, Manitoba, 3,000km away from the sites of the murders.

Last month, Mr Schmegelsky's father, Alan Schmegelsky, told Canadian media their son was five when he and his wife had separated.

He said Bryer had a troubled upbringing and was "on a suicide mission".

"They're going out in a blaze of glory - trust me on this," Mr Schmegelsky said at the time.

"Bryer. I love you. I'm so sorry all this had to happen."