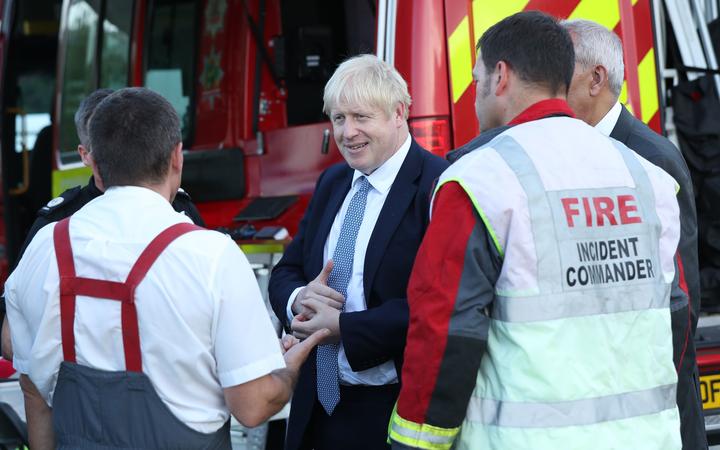 Some 1500 residents of Whaley Bridge have been evacuated in case the dam holding back the 1300-milllion-litre Toddbrook Reservoir fails.

Mr Johnson flew over the dam and said it looked "dodgy but stable".

Police said some residents would be allowed home due to concerns for animal welfare, but only for 15 minutes.

Part of the reservoir's spillway broke away on Thursday and rescue teams have been trying to drain the reservoir and shore up the dam.

It was damaged after large swathes of the country were battered by heavy rain and floods earlier in the week and has been described as a "critical situation" posing a "risk to life".

Police, the Environment Agency, and the Canal and River Trust, which owns the reservoir, have all said there is a "real risk" the dam could collapse. 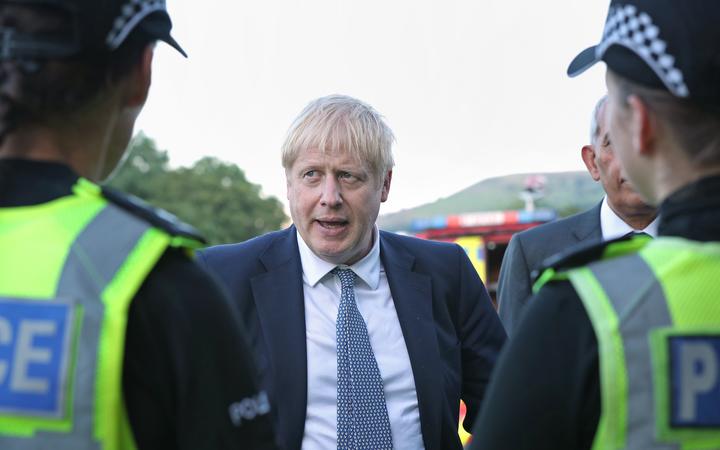 Meeting residents at nearby Chapel-en-le-Frith High School, Mr Johnson said: "I flew over the dam and it looks pretty scary. I can see the problem."

The prime minister described the dam as looking "dodgy but stable", but he told residents they would be "properly housed" if the dam burst. 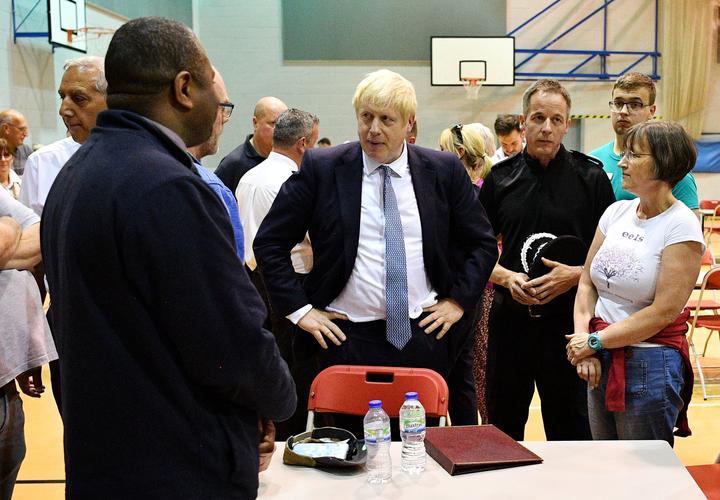 Boris Johnson reassures residents they will be looked after if the Whaley Bridge dam bursts. Photo: AFP

Mr Johnson spent about 45 minutes talking to police officers and different groups of residents in the school gym.

He told one group of evacuees: "The plan is to try and stop the dam breaking, clearly, so a huge amount of effort is going into that.

"The Chinook's been over putting in the aggregate and putting in the sandbags to try and stop it bursting. They're pumping out huge amounts of water.

"They've got a long way to go. Whatever we do, we'll make sure we rebuild it."

Derbyshire police assistant chief constable Kem Mehmet stressed there was still a risk to life and it was unclear when residents would be able to go home for good.

"There are concerns about animal welfare. We will be putting plans in place for residents to return to their addresses for a very short time, in a very controlled manner, to collect belongings," he said.

If the dam is about to fall, police said all the emergency service vehicles will sound their horns three times as a warning and residents would have to get to higher ground.

Location of school and social club near dam 'madness'

Resident Mike Breslin described it as a "crazy situation".

"They should never have built a school and a social club at the bottom of a dam. It's madness," he said.

Eric Baker, who has lived in the town for 30 years, said: "It's shocking really, it's like living next to a ticking bomb. If that goes the devastation will be unimaginable."

An RAF Chinook helicopter has put 400 tonnes of sandbags on the affected part of the dam in an attempt to shore it up, while firefighters are using pumps to remove water.

In the more than 24 hours since the operation began the reservoir has been reduced by half a metre, but Julie Sharman from the Canal and River Trust said it needed to come down "several metres" before it would be considered safe.

She told a press conference workers were "doing all the things that we should be doing" to lower the water level of the reservoir and protect the dam from further erosion. She added the dam and the infrastructure used to deal with emergencies had been "regularly" inspected.

A specialist panel of engineers on site had been advising the operation and she was "hopeful" the dam could be saved. However, she said it was still a "critical situation".